In need of a clutch player, Maryland basketball can turn to Anthony Cowan again and again 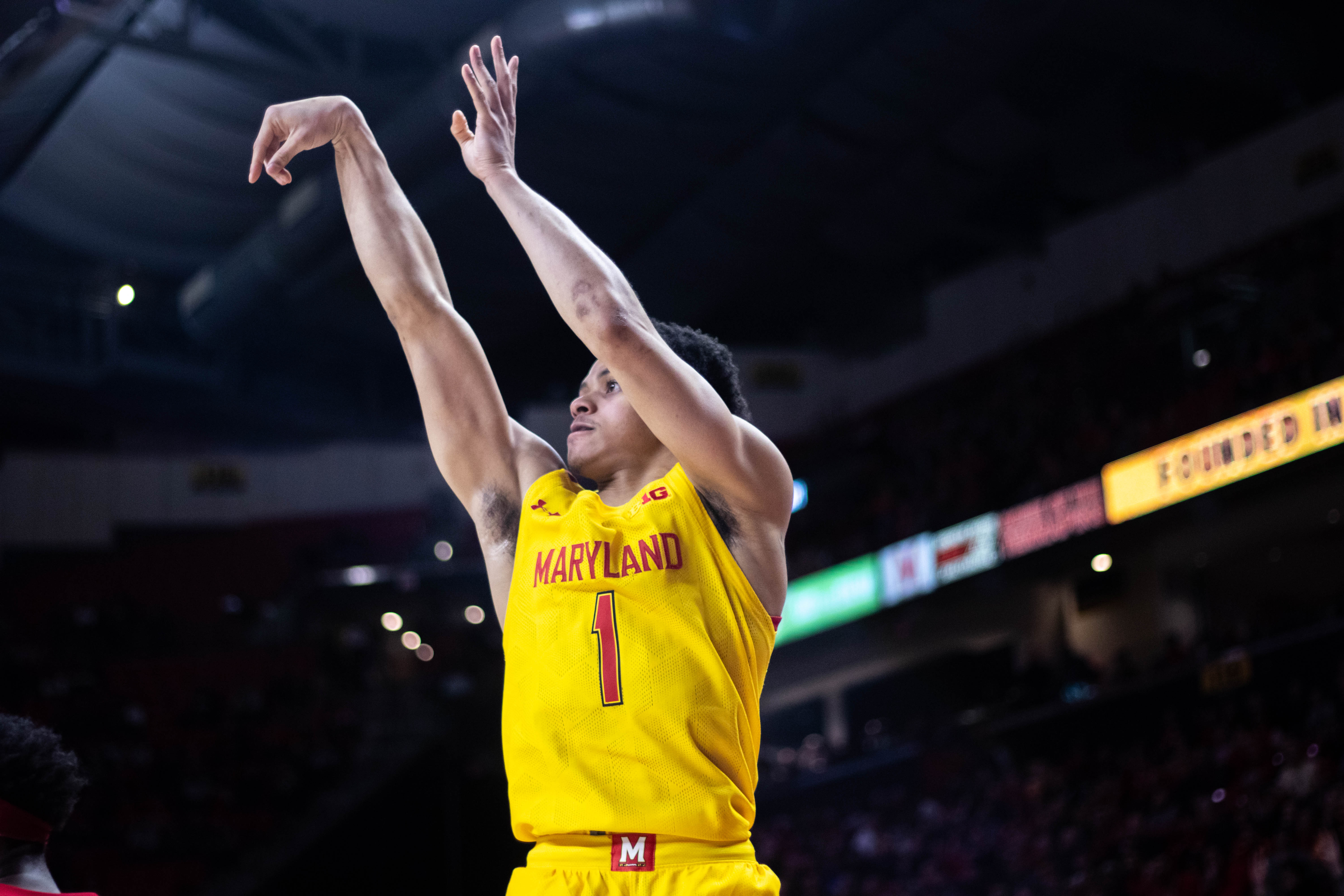 Once Rocket Watts slapped his palms on the floor with just over three minutes remaining in Saturday’s game, Michigan State’s fortunes seemed to crash to the floor, too.

Maryland men’s basketball guard Anthony Cowan had just reached midcourt when Watts bent down, a move known for signaling a defense’s intent to lock in and force a stop. Instead, it seemed to have the inverse effect.

Forward Jalen Smith knocked down a 3-pointer just seven seconds after Watts’ move. And then Cowan took three triples of his own, each time with Watts sprinting to close the gap, those hands raised, hoping to disrupt a shot. Cowan knocked them all down, part of his game-sealing 11-point spurt as time ticked down.

During the first 17 minutes of the second half, Cowan missed all five of his attempts. But the senior turned it on late, finally getting the better of Watts, the freshman guard whom Spartans coach Tom Izzo felt “played unbelievable defense” on Cowan. It’s those moments in which Cowan shines, though, taking opportunities when they count the most, and when the pressure’s the highest.

“[Cowan] didn’t really score in the second half like that,” Watts said. “When it counted, he scored because I did a poor job just getting over the ball screens or going under.”

[Read more: Against Michigan State, Jalen Smith again proved how crucial he is to Maryland basketball]

With Cowan’s late-game heroics, he earned Big Ten Player of the Week honors on Monday — his third time doing so this season. He finished with 24 points against Michigan State after posting 13 points and 10 assists earlier in the week against Nebraska, and he’ll return to the floor Tuesday against Northwestern.

For his first basket of the second half — with 2:24 remaining in the contest and a four-point Michigan State lead — guard Darryl Morsell dished to Cowan in the corner. Watts closed down, had his hand in Cowan’s face and could only raise his arms in frustration when the shot fell through.

Watts and forward Xavier Tillman defended Cowan and Smith well on a screen about a minute later, but Cowan still got an open look once Watts slid over to cut off guard Aaron Wiggins’ driving lane. Cowan knocked it down, giving the Terps a lead.

“He got too many good looks, too many open looks,” Spartans guard Cassius Winston said. “In the clutch time, we’ve got to make somebody else beat us.”

Making someone else beat you is difficult, though, with the way Cowan’s teammates set him up.

With under 30 seconds to play, Smith set a tricky re-screen, looping back around to shield off Watts a second time to allow Cowan to cut back to his right. Tillman followed Smith to the rim, and while Watts attempted to duck under the pick — as Michigan State had planned all game — he ran into his own teammate.

That left Cowan free for a straight-away 3-pointer. And as Cowan held his pose as the ball flew toward the rim, Watts could only turn and watch the dagger hit nothing but net.

“That was the plan, to go under [on screens] and try to get up quick,” Watts said. “I feel like we did that, sometimes. They didn’t do a re-screen the whole game, and last minute or second when it counted, they did a re-screen and we just did a poor job.”

According to The Washington Post, Cowan is 10-for-16 from beyond the arc in the last three minutes of games this season.

That’s his time to come alive, and he showed it Saturday. He hadn’t hit a basket since the 16:38 mark of the first half, but after Watts slapped the floor and Smith knocked down a three of his own, Cowan took over the game — and not for the first time.

“My teammates really set me up,” Cowan said. “I just had to finish the play.”