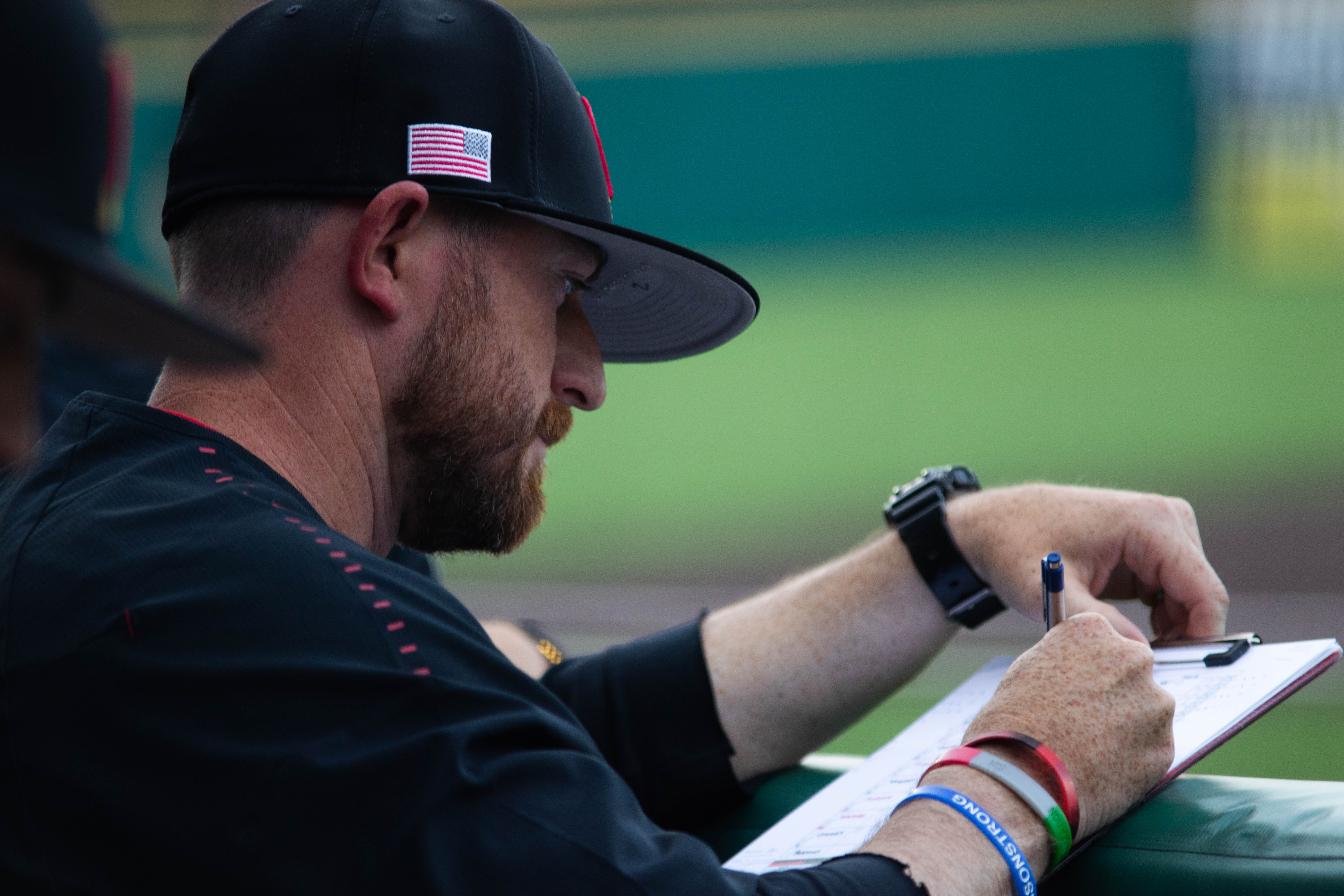 In the first inning against the College of Charleston on Sunday, Maryland baseball had a chance to take an early lead against a strong opponent. Designated hitter Tucker Flint stood on first base with Randy Bednar at the plate, one of the Terps’ top hitters.

Bednar crushed a 2-2 pitch off the wall in left-center field, but Flint hesitated and got a bad read on the ball. He wound up at second, holding Bednar to a single. And one batter later, Maxwell Costes grounded into a double play to end the threat. The Terps wouldn’t score until the ninth inning in their eventual 4-2 extra-inning win.

While Flint said his baserunning could use some improvement, there was little else that needed work during his first weekend of college baseball. The freshman showcased his talent throughout the three-game set in South Carolina, driving the ball around the park and proving to coach Rob Vaughn he’s ready to play a critical role in Maryland’s dangerous offense.

“He did a pretty good job of slowing the game down and not letting the moment get too big and not trying to do more than he had to,” Vaughn said.

After three games, Flint leads the Terps with six hits, while getting on base 66.7 percent of the time. He’s cemented himself as the No. 2 hitter in Maryland’s lineup.

Having experienced batters behind Flint, Vaughn believes, will allow the young Rhode Island native to feel more comfortable when there are runners on base waiting to be knocked in.

“When you have guys like Randy Bednar and Maxwell Costes in the middle,” Vaughn said, “Tucker Flint knows he doesn’t have to do too much because he has two of the better hitters in the league behind him.”

With that security, Flint seemed to show no nerves this weekend. He stroked a single on the first pitch he saw in his college career Friday night against Charleston Southern, and that knock helped him relax and see the ball more clearly, Flint said.

[Read more: Maryland baseball battles back to beat the College of Charleston in extra innings, 4-2]

Off the field, the transition to college ball has been smooth for Flint and Maryland’s cadre of other freshmen. They credit their teammates for helping with the transitions.

Flint said the veterans have taken the young players under their wing, and the team is extremely close as a result. Right-hander Sean Burke attributes that to a positive culture created by Vaughn and the coaching staff.

“We get along with each other off the field,” Burke said, “so I think that translates well on the field.”

That support has helped Flint’s confidence.

“Everyone seems to know their role really well,” Flint said, “which has helped make sure everyone is comfortable.”

In turn, that comfort has translated to results for Maryland’s freshmen as they led the Terps’ perfect weekend.

Those three wins — particularly Sunday’s comeback victory over the College of Charleston — have provided the ultimate confidence boost for Flint. But Vaughn knows Flint’s torrid pace will eventually give way to some struggles, and how the freshman responds will tell Vaughn much more about his player than his attitude during times of success.

“We’re probably going to have a day where Tucker struggles, and that’s baseball,” Vaughn said. “But that’s going to be a test of his resiliency and his preparation is when he does struggle, how does he handle the adversity.”