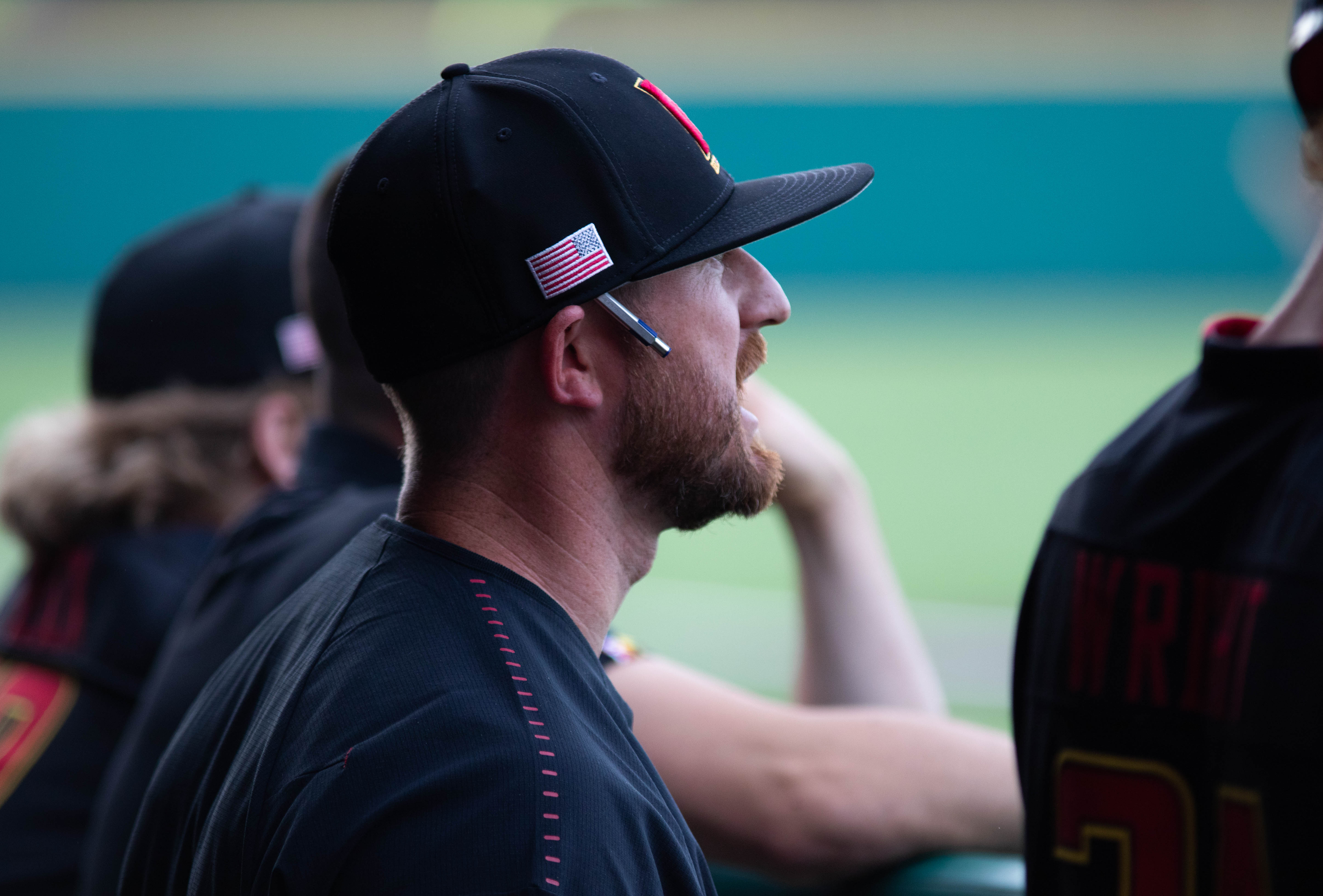 Coming off a 2019 season riddled with injuries and underperformance from the pitching staff, Maryland baseball knew it would have to rely on a number of talented but unproven freshmen if it wants to see success this campaign.

The Terps are still a ways off from finalizing their starting rotation, but without last year’s ace Hunter Parsons and an injured Tyler Blohm, they’d rely on first-years Nick Dean and Sean Burke — at least for the first weekend.

After a perfect opening weekend in South Carolina highlighted by solid performances from the young pitchers, Maryland feels its arsenal of skilled arms will shine despite inexperience.

“We only allowed four earned runs, and that’s pretty special for as many young guys as we threw,” coach Rob Vaughn said.

[Read more: Maryland baseball battles back to beat the College of Charleston in extra innings, 4-2]

In a combined 17 innings against Charleston Southern, Iona and the College of Charleston, Maryland’s freshmen arms allowed those four earned runs and struck out 25 batters.

Fireballing right-hander Sam Bello was the first rookie to see action, relieving Sean Fisher on Friday night. In his debut, the 6-foot-3, 225-pound Bello struck out seven Charleston Southern hitters and allowed one hit in the final 3 ⅔ innings of that 11-2 win. He held off the Buccaneers offense for long enough before the Terps blew the game open with a five-run seventh inning.

“He just kind of has that X-factor,” Vaughn said. “He knows who he is, he’s comfortable in his own skin, we threw him out in a tight game and he didn’t flinch.”

Dean — the Terps’ top recruit — struggled early against Iona, allowing a run in each of the first two innings. But he exuded a toughness and confidence that impressed Vaughn.

“The Nick Dean of six weeks ago would have let that one-spot turn into a four-spot,” Vaughn said. “Instead, he was able to minimize damage.”

Dean ultimately limited the Gaels to two runs in 4 ⅔ innings while striking out six.

In the fifth inning, Ryan Ramsey relieved Dean. The left-hander frustrated Iona in 2 ⅓ innings, allowing just one hit and punching out four.

The attention turned to Burke on Sunday. The right-hander was one of Maryland’s top recruits in 2018 but redshirted all of last season with an injury.

Finally on the mound for a meaningful game, though, Burke got into a groove early against College of Charleston, holding his own in a pitcher’s duel. He kept his gameplan simple — mostly mixing fastballs and curveballs — and only allowed one hit in the first five innings while racking up a team-high eight strikeouts.

“There’s not too many guys throwing on Sundays around the country that have better stuff than he does,” Vaughn said.

“The cutter and change-up didn’t feel great today,” Burke said. “I need to work on those and keep refining my command.”

There were some small bumps from other freshmen — right-hander Connor Staine allowed a run and three hits Sunday — but with a ninth-inning comeback, those setbacks didn’t spoil an undefeated start for Maryland.

So, while there were question marks surrounding the pitching staff entering the season, the Terps’ young arms showed promise and provided a glimpse into what could be a bright future.

“They’re not going to be lights out every single outing,” Vaughn said, “but they came out this weekend, filled up the strike zone pretty good and competed pretty hard.”