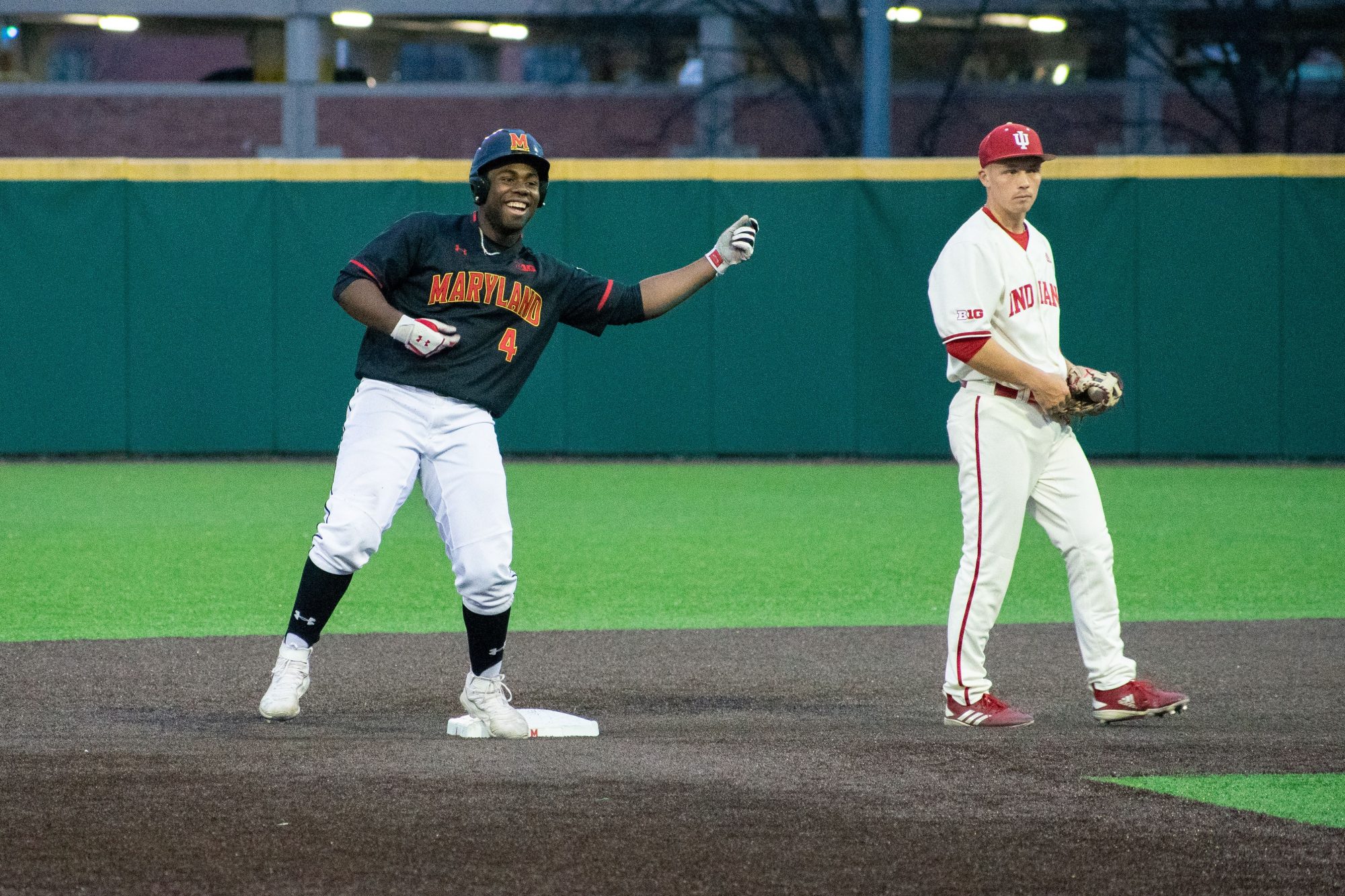 Entering this season, Maryland baseball was excited about its top-10 recruiting class, knowing that it would have to rely on a number of young players in big moments.

So with a quick turnaround after Friday night’s win over Charleston Southern, coach Rob Vaughn leaned on freshman right-hander Nick Dean — the Terps’ top recruit — against Iona on Saturday.

While Dean settled in down the stretch of his first college start, Iona got to him early. Right fielder Brian Picone stroked a one-out double off the left-field wall, and catcher Sam Punzi brought him in two batters later with an RBI single up the middle.

But Maryland wasted no time in responding against Iona left-hander Mario Ferraioli, as its offense picked up where it left off Friday night. Freshman Tucker Flint continued his hot start to the season, as he was hit by a pitch and scored on a Maxwell Costes RBI single to left field.

Flint reached base three times during the game, picking up his second RBI and stealing a base.

Dean ran into more issues in the second, putting two runners on with one out before shortstop Julian Thompson drove in second baseman Derek Becker with a single up the middle.

[Read more: As Maryland baseball gets underway, it’s encouraged by a deep lineup]

But Dean was able to limit the damage, and his offense rewarded him with run support in the bottom of the third.

Center fielder Chris Alleyne led off the with a double down the left field line and advanced to third on a wild pitch. Right fielder Randy Bednar brought him home with a sacrifice fly, tying the game at two.

From there, Maryland’s offense took off.

Ferraioli loaded the bases before walking in Flint. Shortstop Benjamin Cowles and third baseman Tommy Gardiner then added RBI singles, putting the Terps up 5-2 and knocking Ferraioli out of the game.

The Iona lefty gave up five earned runs and five hits in 2.2 innings while striking out three, walking two and hitting three batters.

In the fifth, Iona got to Dean again. Center fielder Vicente Mendoza and Punzi reached on a double and fielding error, respectively, putting two runners in scoring position with no outs.

As he did for most of the afternoon, though, Dean, worked through it. He forced a groundout and strikeout before being lifted for left-hander Ryan Ramsey. Dean was solid in his debut, allowing two earned runs and six hits in 4 ⅔ innings while striking out six and walking two.

Ramsey finished the job, striking out Becker to keep the Maryland advantage at three.

Iona’s bullpen cooled the Terps’ bats for a few innings, but Maryland jumped on the Gaels again in the sixth.

After Flint drilled a two-out double and stole third, Iona third baseman Jake Liberatore bobbled a Bednar grounder to put the Terps up by four.

The runs kept coming in the seventh, as Alleyne knocked an RBI single to right-center field and Bednar drew a bases-loaded walk.

Ramsey, meanwhile, frustrated the Gaels in the sixth and seventh innings before being lifted for right-hander Sean Heine in the eighth. The freshman southpaw allowed one hit in 2 ⅓ shutout innings while striking out four.

Heine came in and mowed down Iona, striking out three Gaels in the final two innings to wrap up Maryland’s second win of the season.

As the Terps look for a weekend sweep in South Carolina, they’ll send another young right-hander in freshman Sean Burke to the mound Sunday against the College of Charleston.