As Maryland baseball gets underway, it’s encouraged by a deep lineup 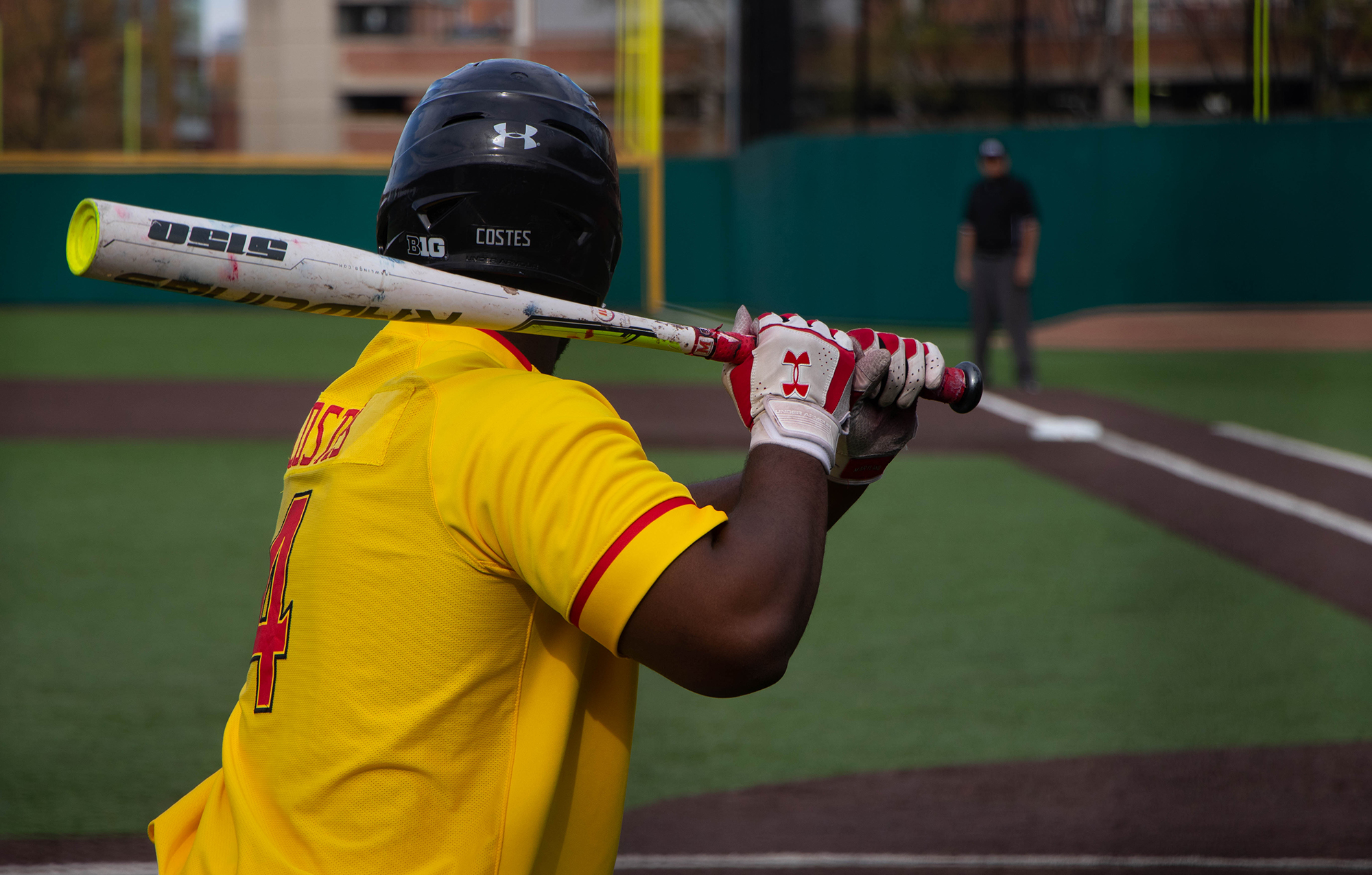 Last season, coach Rob Vaughn didn’t have the luxury he does now. With injuries and underperformance throughout the pitching staff and at places in the batting order, Maryland baseball didn’t have as much flexibility in how it ran out onto the field.

With a revamped, younger roster for this season, though, Vaughn shouldn’t find himself in similar troubles.

While the Terps will have to replace key contributors such as AJ Lee, Taylor Wright and Hunter Parsons, they are much deeper at all positions thanks to a top-10 recruiting class and significant offseason improvement from infielder Ben Cowles and others.

So now, Vaughn can get creative.

“If we go out there and we’re just not scoring runs and we need to generate more offense, maybe you can throw a guy like Maxwell out there at third and bring Tucker Flint into first and bring another bat in the lineup,” Vaughn said. “If we’re not defending well enough, you like a guy like Tommy Gardiner who can play an elite-level defense.”

“You can put the lineup in so many different ways,” right fielder Randy Bednar said. “It’s not even funny.”

While Bednar and first baseman Maxwell Costes will anchor the middle of the order, Vaughn said the rest of the lineup remains flexible, and he plans to mix in 12 or 13 different batters.

Bednar and Costes, who is the reigning Big Ten Freshman of the Year, have heightened expectations for 2020. Bednar hit .288 last season, was named to the All-New England Collegiate Baseball League first team this summer and has generated interest from major league clubs. Costes is coming off a season in which he hit .266 and clubbed a team-high 15 home runs.

But neither player is letting those expectations interfere with their game.

“I’m not going to let any moments become too big for me, not let any pressure get to me and just play the game to play the game,” Costes said.

Beyond those two, Vaughn will shift Cowles — who played second base for most of last season — to shortstop, filling the void Lee leaves. Center fielder Chris Alleyne will set the table at the top of the lineup with his blazing speed, and catcher Justin Vought will once again backstop Maryland for most of its games.

Vaughn also said freshmen Aaron Perez, Troy Schreffler and Bobby Zmarzlak and junior Austin Chavis are in the running to crack into the starting lineup.

That level of depth also extends to the pitching staff.

While it will be tough to replace Parsons, who’s now in the New York Mets organization, Vaughn expects to have six or seven pitchers compete for three primary starting spots. For this weekend’s three-game set in South Carolina, Vaughn said he plans to work each potential starter for roughly 80 to 90 pitches.

Left-hander Sean Fisher will take the mound as the Opening Day starter Friday against Charleston Southern, while freshmen Nick Dean and Sean Burke will start Saturday and Sunday, respectively.

Fisher worked exclusively out of the bullpen last season but built up stamina during the offseason to transition into a starter. For Friday’s game, he said he’s going to attack hitters early to keep his pitch count down.

“I feel like I’ve put in a lot to earn that,” Fisher said. “I’m really looking forward to getting out there and competing with my guys.”

The pitching staff will only get deeper with Tyler Blohm’s impending return. The senior southpaw has been battling a shoulder injury and is slowly working his way back to full health. Barring any setbacks, Vaughn expects Blohm to see game action in about two weeks.

Blohm’s addition would steady the pitching staff, which combined for a 5.42 ERA last season. But what Vaughn values most is Blohm’s leadership and fearless spirit.

“He knows how to win,” Vaughn said. “He’s not afraid, he’s been there [in big situations], so I think you can put him in situations to show the young pups what it looks like.”

Until Blohm’s return, Vaughn will put his faith in a number of young, largely unproven arms.

But the third-year coach is excited about his team’s potential and believes this weekend in Charleston will serve as a good litmus test for where the team is at. Vaughn can take heart in the depth of his squad, though, offering him a variability he plans to take advantage of all campaign.