Randy Bednar has a new number for Maryland baseball — and with it, heightened expectations 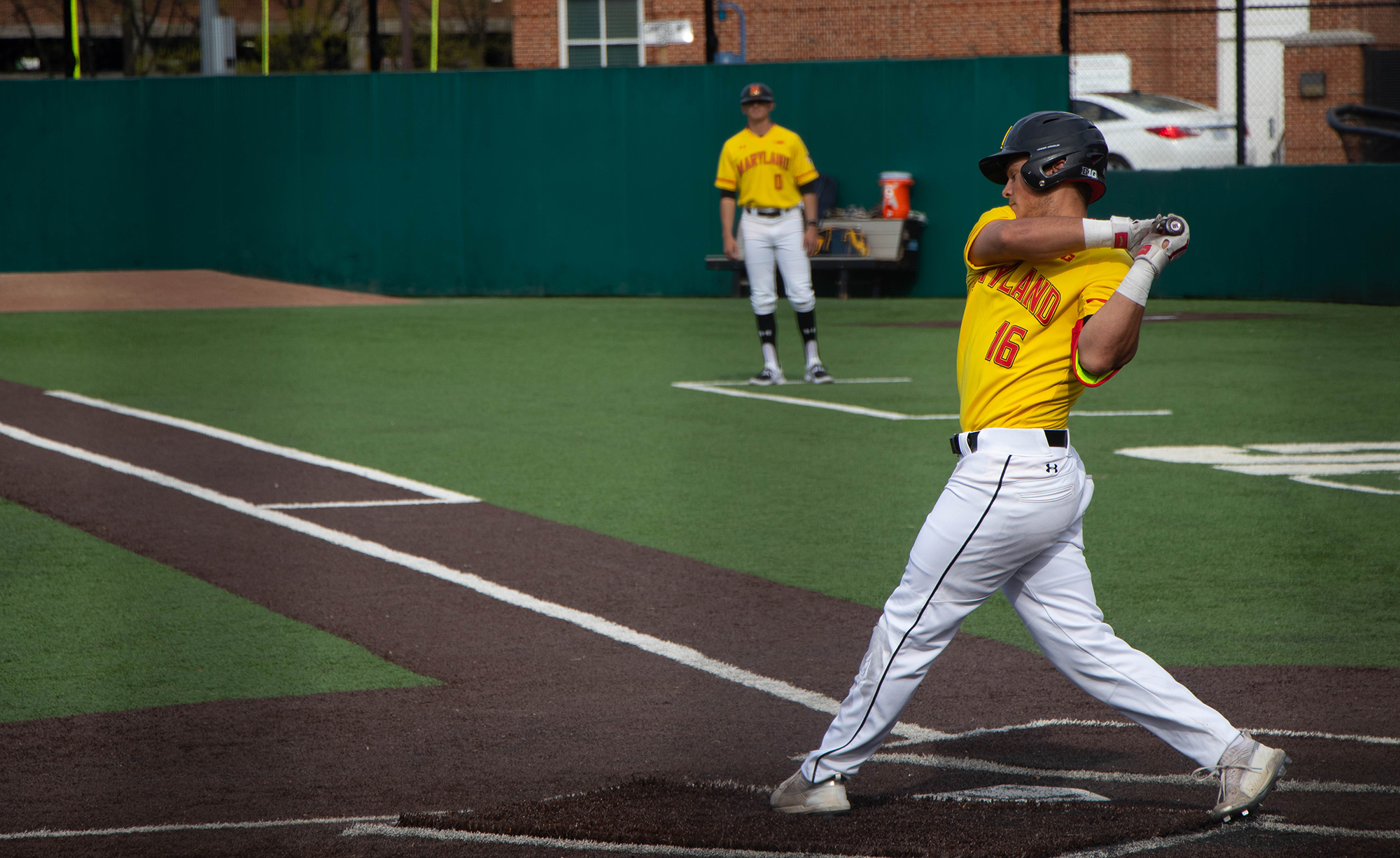 When Rob Vaughn called Randy Bednar into his office this offseason to ask the Maryland baseball outfielder if he’d consider changing his uniform number, Bednar needed to wrack his mind.

On the one hand, he knew what the No. 3 meant to the Terps — a tradition stemming from Vaughn’s time as hitting coach, symbolizing the three pillars he wants his players to personify. On the other hand, though, Bednar had always worn No. 16 when it was available. It’s what his father and brother wore.

As Bednar weighed his options, he came at a crossroads — should he continue his family’s tradition of wearing No. 16, or follow in a Maryland tradition? So, he called his father for advice.

“He was happy for me. All he said was, ‘Whatever you want to do, whatever you think is best, just do it,’” Bednar said.

The Bethesda native took a day to think things over. Then he returned to his coach’s office. As Bednar looked back at those who’d worn the No. 3 before him, those who’d made big impacts for Maryland in the past, the junior realized what an honor it was.

So while No. 16 served as a connection to his family, adopting No. 3 solidified Bednar’s leadership role with the Terps, now responsible for setting a positive example as well as producing results on the field, too.

“Heck yeah,” Vaughn recalled him saying. “I want to do that.”

The tradition began when Vaughn was Maryland’s hitting coach. He challenged the hitters to live up to those three pillars — “growth mindset, toughness and ownership,” as Bednar put it — and whichever player did so the best received No. 3. The honor first went to then-outfielder Anthony Papio, who is now an assistant coach with the team.

But the number isn’t given out every year. Outfielder Zach Jancarski, who graduated in 2018, was the last player to wear it. Once Jancarski left, Vaughn didn’t know if any player completely fit the description.

“We had a talk as a staff and I didn’t really know who that was, so it didn’t get handed out last year,” Vaughn said.

But to Vaughn, Bednar’s leadership skills and progression during the offseason made him an obvious choice to wear the jersey this campaign. He’s coming off a sophomore year in which he hit .288, 33 extra-base hits and 55 RBIs.

And over the summer, Bednar earned All-New England Collegiate Baseball League first team honors after hitting .337 for the Keene Swamp Bats to go along with 41 RBIs and nine homers.

“He shows up to work every day. … He’s a great representative of what it looks like to be a Maryland baseball player,” Vaughn said. “He’s always worked his tail off and he’s starting to kind of learn how to demand that the people around him rise up to his occasion.”

The 2020 season is still over a week away, beginning with a matchup at Charleston Southern on Feb. 14, and Vaughn’s exact lineup isn’t set.

But a critical piece of it is — Bednar. And this year, wearing the No. 3 jersey for the first time, Bednar is looking forward to the increased responsibility that goes along with the uniform, serving as a symbol of the three pillars that hold up Vaughn’s program.

“You’re the guy that’s supposed to set the example and set the standard, and I try to do that as best I can every day,” Bednar said. “If I’m able to do something that helps someone become a better baseball player and a better person, then I believe I’ve done my job.”