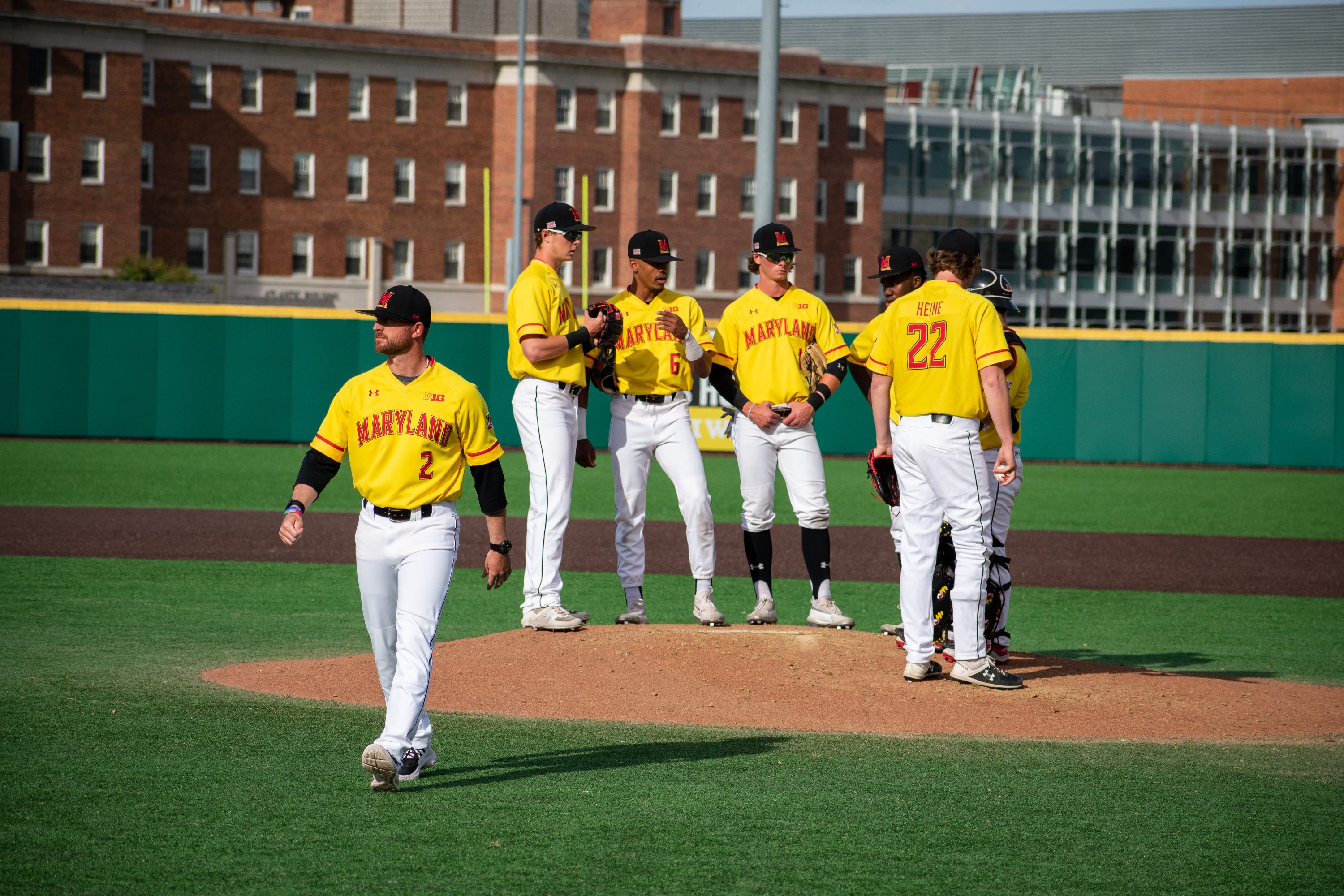 Class of 2020 right-handed pitchers Alex Santos and Jason Savacool signed letters of intent to play for Maryland baseball earlier this month, bolstering a Terps rotation that was a weakness in 2019.

Santos, from Mount St. Michael Academy in New York, is the 19th-best prospect in the country for the class of 2020, according to Prep Baseball Report. Savacool, also from New York, is ranked 42nd in the country. Both verbally committed to Maryland in August 2017 before formally signing letters of intent last week.

“Jason and Alex are elite level arms and we are thrilled that they have chosen to make Maryland home,” Maryland head coach Rob Vaughn said in a statement. “They are fantastic kids that come from amazing families. We are pumped to add them as well as the rest of our class and look forward to competing for championships.”

The 6-foot-4 Santos touches 95 mph on his fastball and pairs that with a sharp curveball that often generates swings-and-misses. He struck out nine in nine innings during this summer’s MLB Prospect Development Pipeline League and received a tryout invitation for the U.S. Under-18 National Team.

Savacool brings a similar repertoire, with a fastball that sits in the low-90s and a biting slider and changeup. In 2.2 innings for the U.S. Under-18 National Team this summer, Savacool allowed no runs and two hits while striking out two and walking three.

Both pitchers could test the MLB draft next year, but if they do not, they will help a depleted Maryland pitching staff that struggled to a 5.42 ERA in 2019 and lost ace Hunter Parsons to graduation. Top returning starter Tyler Blohm is also set to graduate after this season.