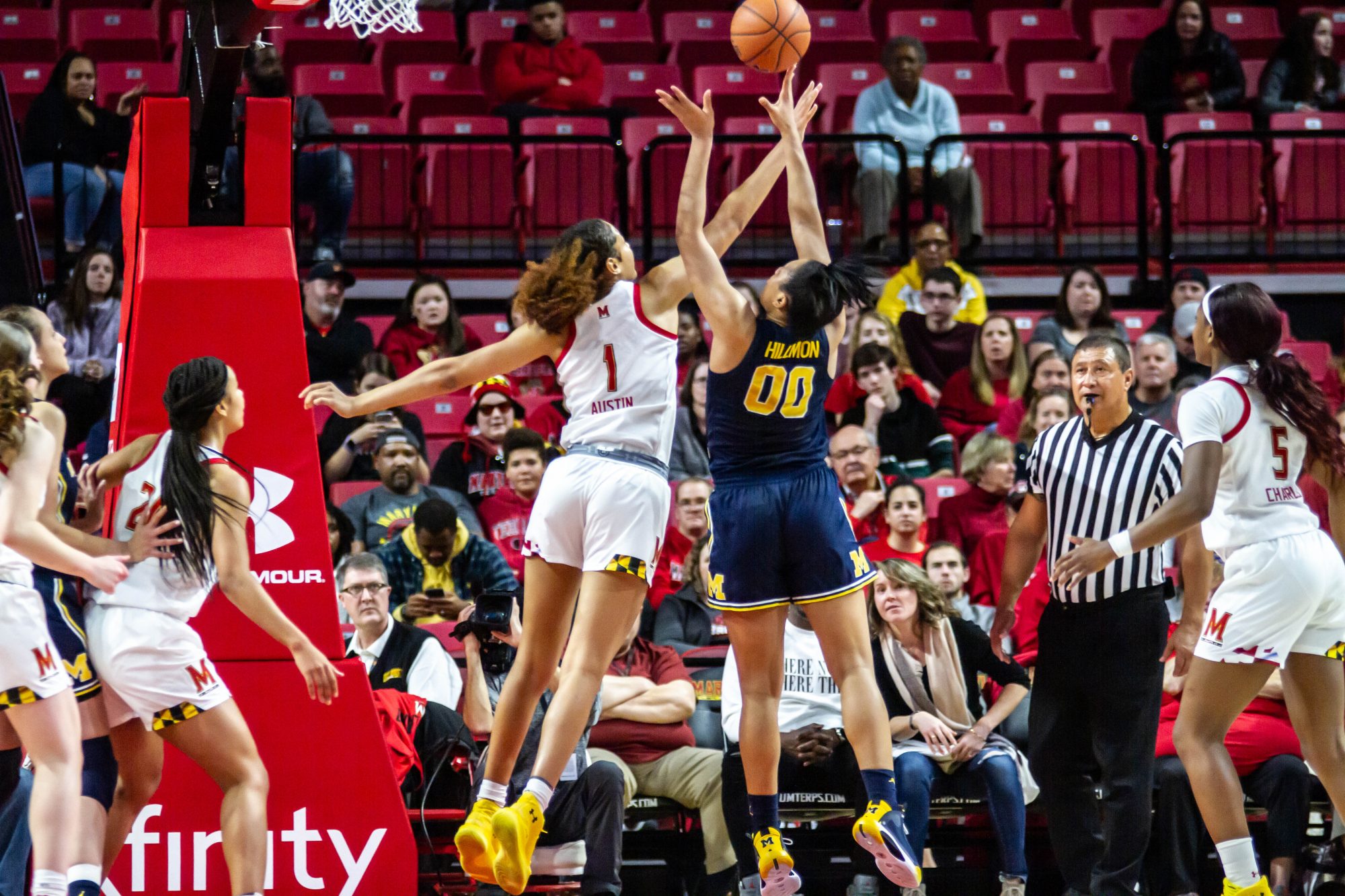 Throughout its 11-game winning streak, Maryland women’s basketball’s defense has been the foundation its sizable leads have been built on. Coach Brenda Frese’s full-court defense uses a 1-2-2 formation that traps guards near the sideline, generating steals and easy scoring chances.

The Terps have nearly perfected this scheme in the past month, but as it’s become the team’s signature style of play, opponents are heavily preparing to combat it. So as other teams adjust to the dominant strategy, Maryland does, too. Frese has had her players playing numerous types of defenses throughout the past several games, constantly switching from zone to man-to-man to press.

Although a clear work-in-progress when first implemented, the plethora of alignments proved lethal in the Terps’ past three outings, helping them blow out opponents by a 33.3-point average over the span.

“We’ve done a good job at incorporating that into our game plan, and I think it’s really beneficial for us to be able to switch it up like that and kind of give our competitors a different look,” forward Stephanie Jones said. “Being able to have those different wrinkles is definitely an advantage for us.”

This recent defensive switch made the biggest impact thus far in the team’s win at Penn State. Maryland struggled mightily in the first half, barely clinging to a one-point lead at the break, on the back of Jones’ 17 points in the first two frames.

But a second-half adjustment to various zone defenses gave the Nittany Lions fits. The Terps typically fuel their offense with strong defense, so once they started getting stops, the points followed.

Maryland won the second half by 36 points, catching Penn State off guard with scheme switches and generating a double-digit lead before the opposition knew what hit them.

“We were kind of a make-miss between zone and man with Penn State,” Frese said. “So I think based on each team it’s really whether we’re able to make them comfortable or uncomfortable in the type of defense that we’re playing.”

First in steals, third in opponent points per game and fourth in opponent field goal percentage, Maryland boasts one of the best defenses in the conference.

[Read more: No. 10 Maryland women’s basketball pulls away in second half to beat Penn State, 106-69]

Now with even more depth to its defensive gameplan, the Terps are a tough team to scout. If they play their traditional press, guard Blair Watson can wreak havoc on guards with her active hands and lateral quickness.

If they go zone — either three-quarter court or half-court — the team’s communication is now at a high enough level that opponents have trouble getting open looks due to quick rotations. And when the opposition does penetrate Maryland’s defense, 6-foot-5 shot-blocking forward Shakira Austin is often there to protect the rim.

No team has scored 70 or more points on the Terps since the beginning of the season. And if they can keep teams guessing on how to attack them, Maryland’s hot streak appears all-the-more-likely to endure.

“I think we’ve done a really good job [in our zone], especially when we’re communicating and we’re all on one page,” forward Kaila Charles said. “It’s just something we like to look at, throwing different looks at different teams, and if we just keep it up, we’ll be successful.” 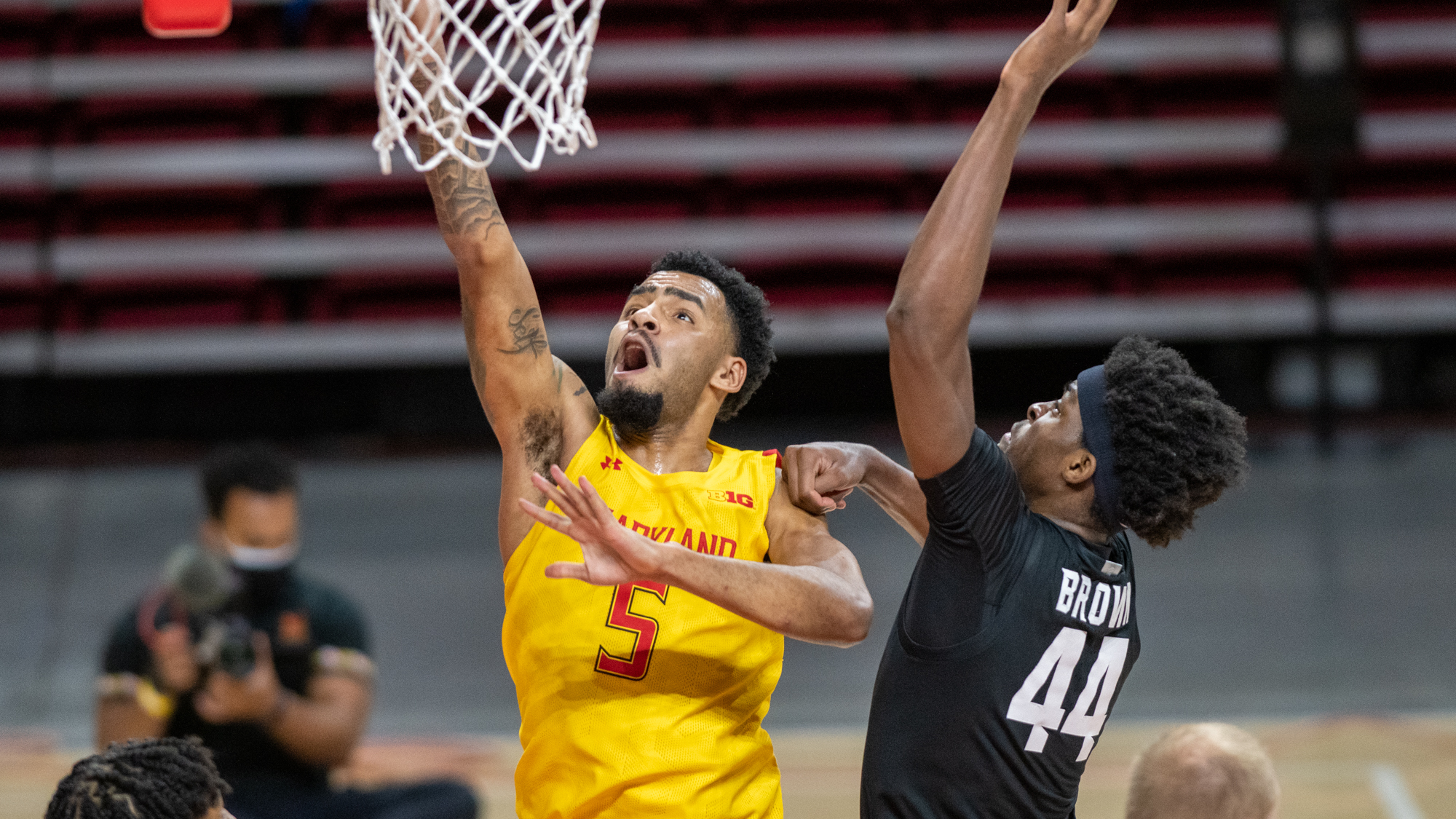