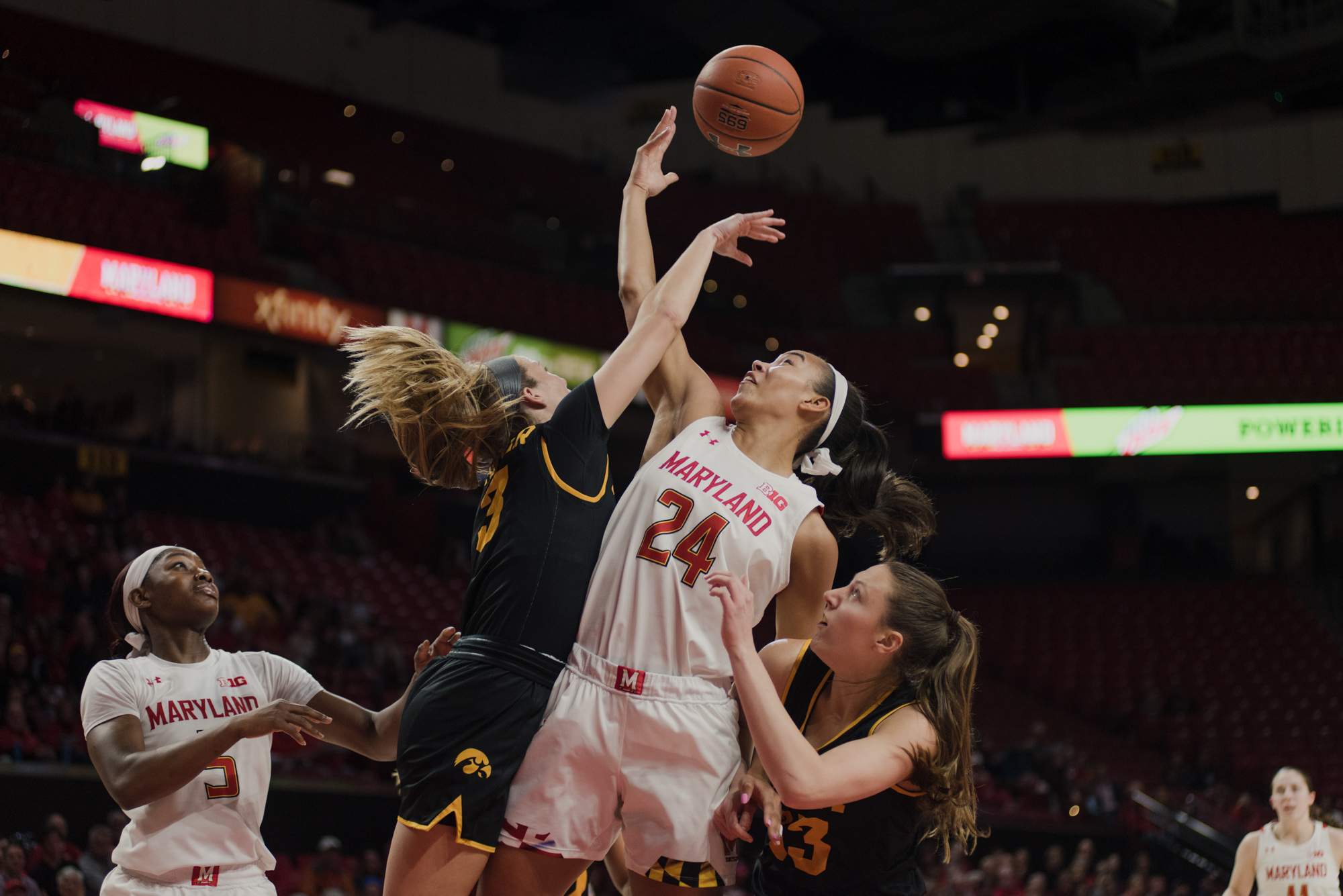 With two dominant wins over then-No. 17 Iowa and at Penn State last week that extended the team’s winning streak to 11, Maryland women’s basketball jumped three spots to No. 7 in the latest AP top 25 poll released Monday.

Forward Stephanie Jones, who averaged 18.5 points, 8.5 rebounds and 1.5 blocks on 89.5% shooting in the two wins, carried her team throughout. Against the Lady Lions — where the Terps were barely clinging to a one-point lead by halftime — the senior’s 17 first-half points kept her team afloat before a second-half surge blew the game open.

[Read more: No. 10 Maryland women’s basketball pulls away in second half to beat Penn State, 106-69]

Jones earned Big Ten Player of the Week award as a result, the first of her career. Coach Brenda Frese called her “Ms. Consistency” after an 8-for-8 shooting performance against the Hawkeyes, which she followed up with 21 points and 11 boards, both season highs, at Penn State.

The entire roster is contributing to the team’s hot streak. Six players scored in double figures and all nine notched at least four points against the Lady Lions. The Terps swept the Big Ten weekly awards last week after forward Kaila Charles and guard Ashley Owusu earned Player of the Week and Freshman of the Week honors, respectively.

Maryland now has six consecutive double-digit wins and holds its highest ranking since being named the preseason No. 4 team in October. With just three conference games to go, all against unranked opponents, Frese’s squad looks poised to be the No. 1 seed in the Big Ten tournament.