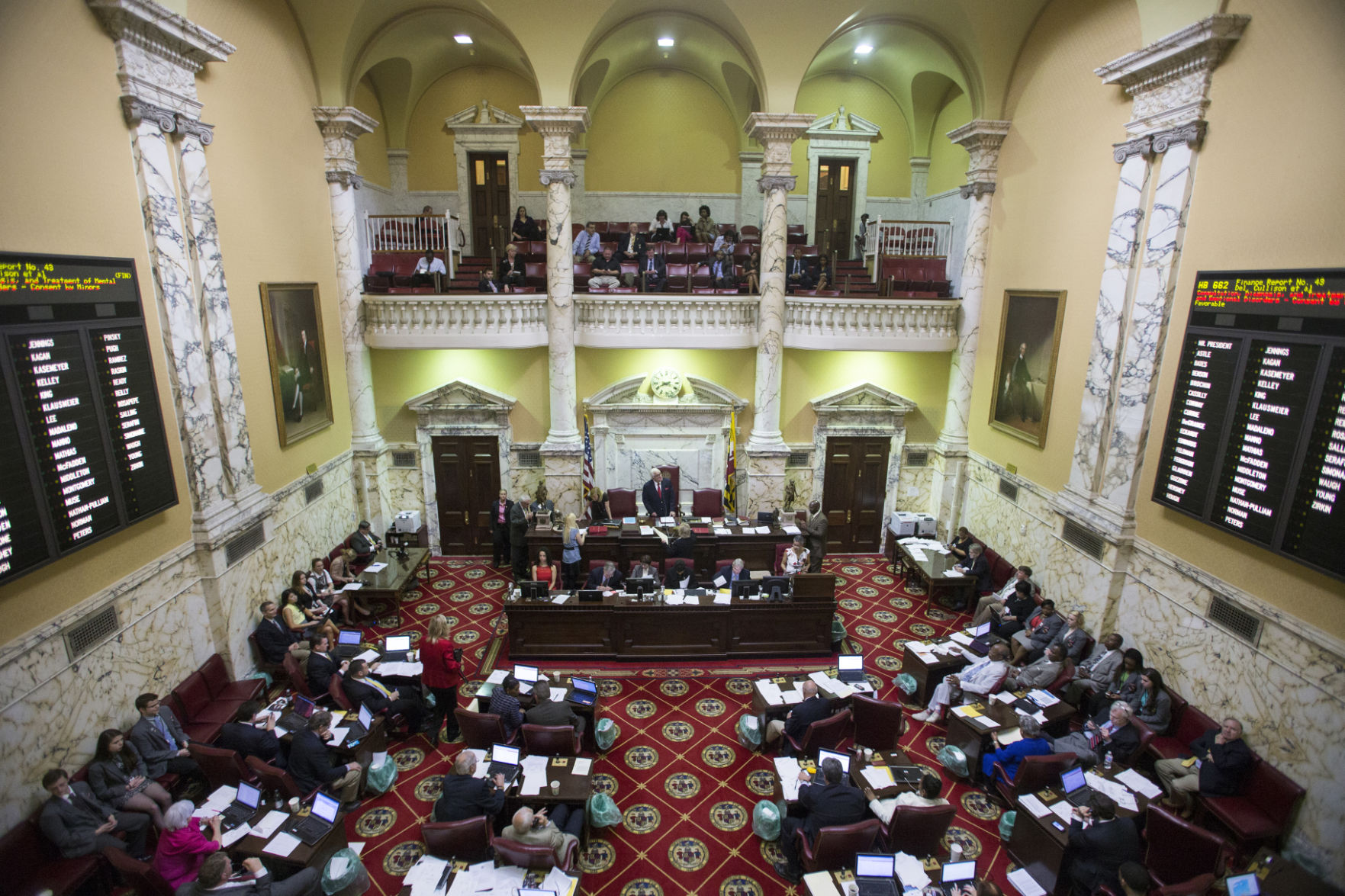 The Maryland Senate meets on the final day of the General Assembly in the State House in Annapolis on Monday, April 13, 2015. (File Photo)

In January, the College Park City Council voted against supporting state legislation that mirrored its own controversial “unruly social gatherings” ordinance, passed in 2019.

Now, the bill appears to be faltering in the General Assembly: It’s set to receive an unfavorable report by judicial proceedings in the state Senate this week — a message from the committee that the bill is not acceptable to move forward.

The council’s vote against sending a letter to support the Maryland Senate bill, or even suggest amendments to it, was narrow — four to three.

Dan Alpert, the student liaison to the city council, said just because “unruly social gatherings” legislation has taken effect in college towns in Maryland — such as College Park and Towson —that doesn’t mean it will have a positive effect throughout the state.

The main differences between the city’s ordinance and the proposed legislation are the number of people required to constitute an “unruly social gathering” and the consequences of violations.

Under city code, an “unruly social gathering” is defined as a gathering of eight or more people where conduct such as public drunkenness, excessive noise, or behavior that could be ruled a “substantial disturbance of the peace” exists, and violation of the code could result in a municipal infraction.

But under the proposed Senate Bill 209, the number of people that could qualify as an “unruly social gathering” — if they were to be performing one of the behaviors cited in the bill, such as underage drinking, littering, vandalism, or “conduct that constitutes a threat to the public health, safety or general welfare” — is three. And if passed, going against the legislation could result in a criminal charge.

District 3 Councilman Robert Day, who voted against supporting the legislation — even with amendments — echoed Alpert’s point.

“I can’t support this,” said Day during a January meeting. “It will be used in a way that I don’t think will be supported completely throughout the state.”

The legislation, which would go into effect this October if passed, was sponsored by Maryland Sen. Chris West (R-Baltimore County). West could not be reached for comment.

The city’s ordinance, passed in September, has a similar definition of “unruly social gatherings.” During the council’s Jan. 28 meeting, District 3 Councilman John Rigg said that he was in support of the proposed state bill, as long as it was adjusted to match the city’s ordinance.

“This builds on the hard work that we did a couple months ago to try to get our own city ordinance in place,” Rigg said of the bill.

During that meeting, Alpert said that supporting the bill would be premature, considering the city’s ordinance had only gone into effect earlier that month.

“It’s irresponsible for the city to take on an issue — for or against any motion, any state or federal bill — without having data within the city to back it up,” Alpert said.