Maryland gymnastics’ Kirsten Peterman out for year with broken hand 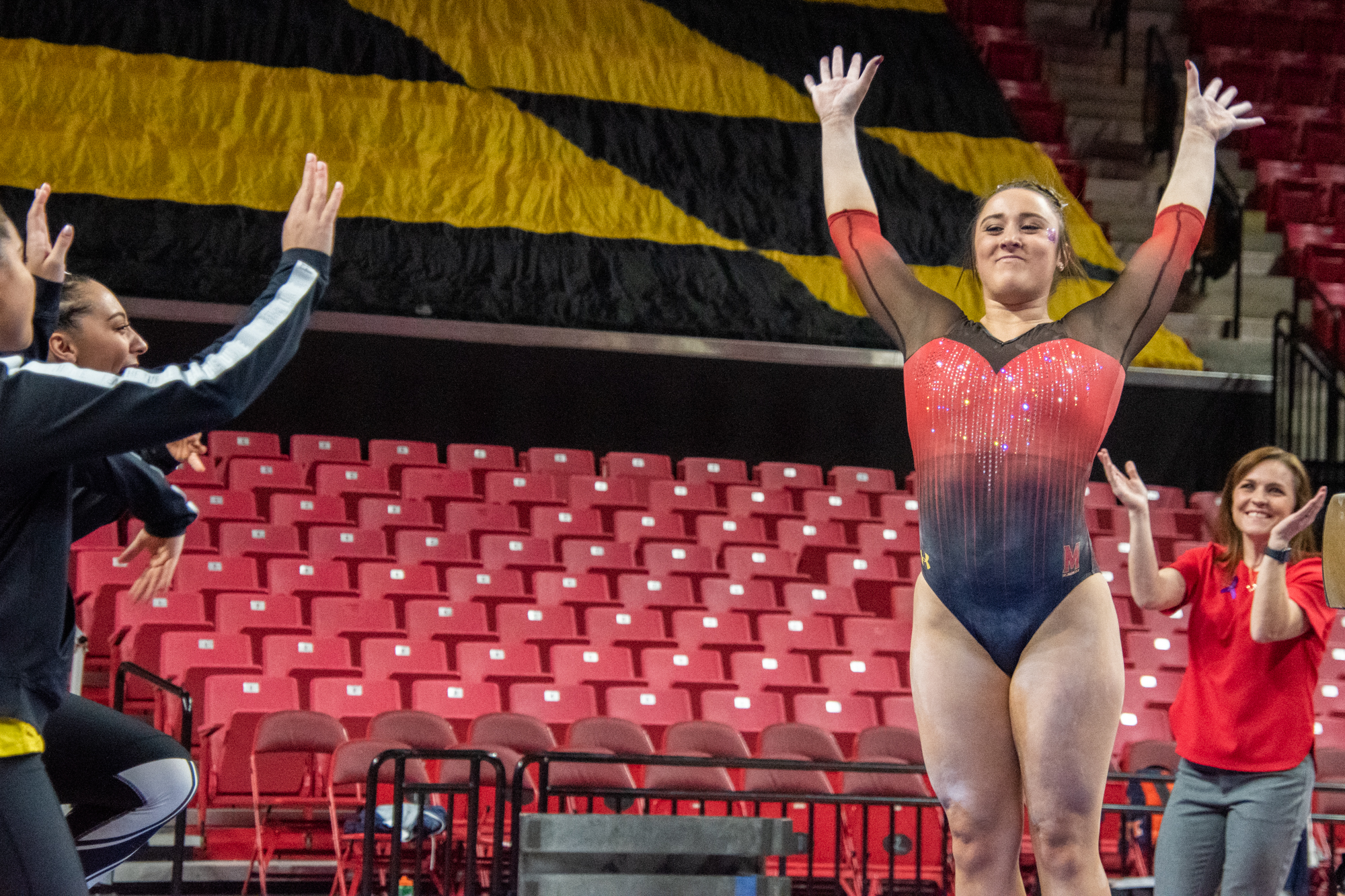 Maryland's Kirsten Peterman celebrates her performance on the high beam during the gymnastics meet against Illinios at Xfinity Center on Feb. 2, 2020. (Joe Ryan/The Diamondback)

Ahead of Maryland gymnastics’ Feb. 8 meet at Nebraska, senior Kirsten Peterman sustained a hand injury that kept her out of the competition against the Cornhuskers.

Peterman sat out again on Sunday at Xfinity Center against Rutgers, and the team announced that she broke two bones in her hand. She will miss the remainder of the 2020 season.

“This is really hard for her, but it’s hard for all of us,” coach Brett Nelligan said. “I just love how much KP loves Maryland and how hard she’s worked for us. She’s been a great representative for our program, so I’m heartbroken that she’s hurt in her senior year.”

[Read more: Maryland gymnastics bounces back with 195.750 against Rutgers]

Peterman, a native of Cambridge, Ontario, has been with the program since 2017, and she previously competed all-around — Peterman scored a 38.450 during her last appearance in all-around, coming Jan. 19, 2019.

Peterman first competed in all-around in her freshman year, posting a 38.750 on Feb. 11, 2017. She scored at or above 39 four times that season, and did so eight more times as a sophomore in 2018. She only competed twice in all-around during the 2019 slate.

This season, Peterman performed solely on uneven bars and balance beam. She earned the second-highest score for the Terps on beam against Iowa on Jan. 19 with a 9.775 in the event.

“I’m just heartbroken for her because this is a kid that committed to us in eighth grade,” Nelligan said. “She’s been a Maryland kid for eight years now.”

The Peterman injury adds to a long list of Maryland players currently sitting out. Juniors Audrey Barber and Collea Burgess have been inactive with an academic issue and a violation of team rules, respectively.

With the timing of the injury, Peterman will have another year of eligibility, but it has not been disclosed if she will utilize it, per a team spokesperson.

“She’s already finding other ways to influence this team and make us successful,” Nelligan said. “I love her to death, and I’m super proud of her.”