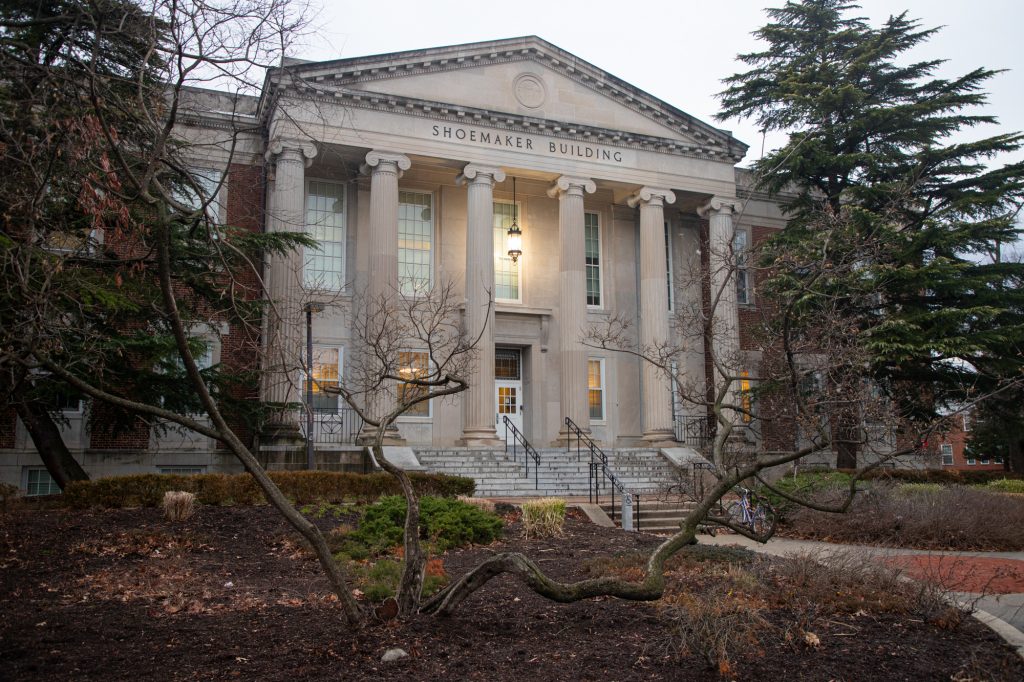 The University of Maryland's Counseling Center is located in the Shoemaker Building on South Campus. (Evan Kramer/The Diamondback)

In Rebecca Pujo’s first semester on this campus, she decided not to seek help from the University of Maryland Counseling Center for her anxiety. She assumed getting in would be a long process and, since she lived 30 minutes from the campus, she didn’t think it was worth the hassle.

Instead, her second semester, Pujo decided to join Scholars Promoting and Revitalizing Care, a student group devoted to increasing mental health awareness at this university.

“Whether [or not] you consider yourself to have a mental illness, everyone has mental health, and that’s something that should really be prioritized, especially in college,” said Pujo, a sophomore communication and economics major.

On Friday, the group celebrated the two-year anniversary of its “30 Days Too Late” campaign — a project that hoped to make campus mental health resources more accessible, since it could take as long as 30 days to receive an appointment at the Counseling Center following the initial intake.

In its campaign, the group hoped to increase the number of counselors on this campus and boost funding for the University Health Center and the counseling center. And in the two years since, group president Ferddy Gedeon has noticed an improvement in mental health awareness.

“It’s been pushed more to the forefront,” the senior psychology major said.

In the first year following the campaign, the Student Government Association created a Mental Health Advisory Board in coordination with the Counseling Center. And SPARC formed partnerships with organizations, such as the Counseling Center, the SGA and the Department of Resident Life, to increase mental health awareness — something Gedeon said was lacking prior to the campaign.

Through these partnerships, the group can enact more policies to expand resources for those struggling with mental health, said Pujo, who now serves as the group liaison.

Numerous nationwide studies have shown a rise in demand for mental health resources among college students.

At this university, the Counseling Center added five new positions within a year after SPARC’s campaign was launched.

Jordan Banks, the group’s secretary, said it is “understandable” that the number of licensed counselors has not grown as rapidly across the board, but she said she hopes it will increase more in the future.

About three months after SPARC’s original campaign, the group won a grant from this university’s Do Good Institute, which they used in part to fund mental health first aid training for more than 100 people. The training teaches people to notice symptoms of mental health concerns and signs of a mental health crisis. Last October, the SGA voted to fund the training sessions for the second consecutive year.

One of the group’s main goals for the upcoming semester is to make mental health first aid training more widespread among faculty; it also wants it to be mandatory for resident assistants, Banks said.

“[Faculty] may be able to train students, which would just dramatically increase the amount of people that we have trained on campus,” Gedeon said. “This is a bit more of awareness, more people just talking about mental health issues and how we can combat different things.”

The group will also continue to put on monthly events, Gedeon said, including one in March that focuses on de-stressing.

Gedeon also acknowledged that some problems persist, and it can still take up to 30 days to get an appointment. But the increased awareness has prompted more students to take advantage of the center’s triage system, which bases patients’ waiting times on need, Banks said.

Banks added that she believes this awareness has led to a decrease in the stigma surrounding mental illness — something she said she hopes will decrease more in the future.

“[The conversation] has been focused on the disorders that are more ‘socially acceptable,’ such as like anxiety and depression,” she said. “And I think that there’s a lot more that can be done to combat the stigma surrounding other disorders, and just like the need to take care of your mental health without a disorder.”

CORRECTION: Due to a reporting error, a previous version of this story incorrectly stated SPARC created the Mental Health Advisory Board. The Student Government Association, in coordination with the Counseling Center, created the board. This story has been updated.