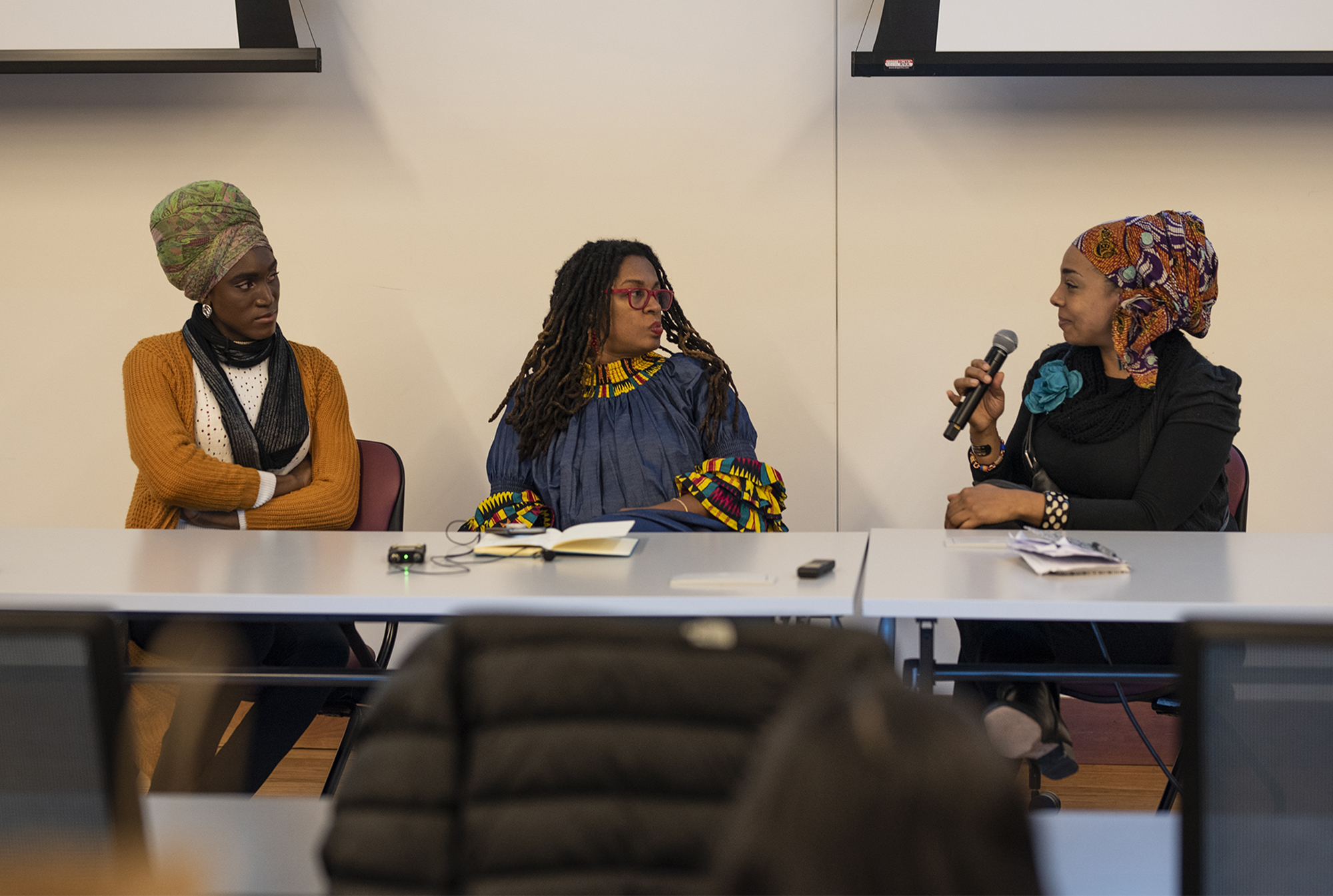 Confronting systemic oppression and creating a space for black women to mobilize in social movements was the main topic of the “Black Women’s Advocacy, Activism, and Mobilization Across the Diaspora” event at the University of Maryland on Tuesday.

The university’s diversity and inclusion office ran the event with MICA in honor of Black History Month. It is the first event held for a two-part series.

Nana Brantuo, the event coordinator, said it was an open conversation that would not “speak around issues.”

“All the questions are developed with the ups, downs and in betweens of what it means to be an advocate,” Brantuo said. “It’s important to make sure that people are not invisibilized, which black women have been from movements throughout history.”

There are different types of black activists with various abilities and backgrounds, and Brantuo wanted the activists who led the conversation to reflect that idea. She said the aim of the event was to “dispel the idea that blackness is monolithic.”

Black women discussed what it means to repair the harm of their society. Tiara Gendi, a trans activist, spoke about her experience with police brutality. She explained the conversation was difficult for her because black officers, not white, perpetrated violence against her.

[Read more: Meet the man who got Maryland basketball to play the “Black National Anthem”]

“I’ve been violated so many times by black officers and was rescued by white officers,” she said. “I want to talk about it, but there’s so much that I feel like needs to happen within the black community too. How do I push this work knowing there are so many different kinds of people facing different kinds of oppression?”

Another panelist, Araba Johnston-Arthur, the co-founder of PAMOJA — The Movement of Young African Diaspora in Austria — said she was first inspired to be an activist in her youth. Johnston-Arthur was the only black student in her class in Austria.

“In Austria, Germany, race is extremely marginalized. Even the word race,” she said. “Society is racialized, but there are no terms to address it. You have to call them ‘people with migration background.’ To even address race would break a powerful silence.”

Amma Bempa, a senior kinesiology major, said the panelists showed her that people’s journeys are not confined by borders. Hearing how people experience black womanhood in different societies showed her it’s impossible to know what others are going through, she said. Growth is not linear, and perspectives on social issues can change depending on the society.

“When you’re in a room with people who are different than you, there’s a duty to speak for other people, and speak your own truth,” Bempa said. “Even with people who don’t look like you, you don’t know where they’re coming from.”

A large part of the conversation focused on what it means to be a female black activist. Another event coordinator, Janai Raphael, said she wants to improve access for black students.

“It’s important to use the power and privilege that you have to advocate for the rights of someone else,” she said.

Brantuo said conversations like these are a large part of getting involved.

“Much of my activism has been created out of spaces where I met people like me,” Brantuo said. “A space that affirms our intentions and contributions as people.”

Part two of the event will take place Feb. 18 at 5 p.m. at the Edward St. John Learning and Teaching Center.