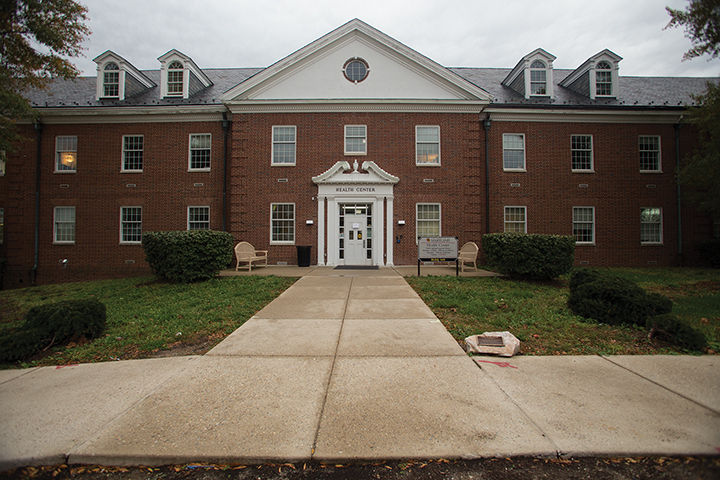 The University Health Center is located on Campus Drive and provides a range of health services to students.

David McBride, director of the University of Maryland’s Health Center, is leaving his post in the coming weeks, the university announced Monday.

He has been “recruited to serve as a medical director in the private sector,” according to an email sent to university staff by interim student affairs vice president John Zacker.

McBride will remain at the university “for several more weeks,” according to the email. An interim health center director will be named prior to his departure.

“I want to underscore that nothing is more important than the health, safety and well-being of our community,” Zacker wrote. “It is essential to our learning and academic environment.”

McBride was appointed as the health center’s director in 2014. During his tenure, he pushed to address food insecurity on the campus, expanding the size of the Campus Pantry. He also looked to improve the university’s LGBT care, helping the university become commended by the Human Rights Campaign Foundation for its care for three consecutive years.

But his departure comes on the heels of a tumultuous year for the health center. In November, freshman Olivia Paregol died of complications from a severe strain of adenovirus.

Her parents have alleged the university failed to communicate adequately about the sickness, which had been confirmed in six students by the time she was hospitalized. Typically, adenovirus isn’t serious. But in patients with compromised immune systems — like Paregol, who was taking medication for Crohn’s disease — it can be fatal.

The Washington Post reported that Paregol’s doctors — unsure why she was so ill — began treating her with antibiotics, which would have been effective only if she had a bacterial infection. According to the Post, by the time doctors changed course in her treatment, Paregol’s condition had grown dire, and she died five days later.

Though McBride had instructed his staff to keep an eye on the adenovirus outbreak, the Post reported, there was no campuswide notification. And though health center officials discussed notifying vulnerable students like Paregol, they ultimately decided against it, according to the Post.

University officials have maintained that they followed state and federal protocol in their handling of the outbreak, and McBride told the Post that the university’s response matched guidelines set by the Centers for Disease Control and Prevention.

In May, the Paregol family filed a notice of claim against the university, laying the groundwork for a lawsuit. Later that month, Gov. Larry Hogan requested the University System of Maryland’s Board of Regents — which oversees administrative decisions for this university — to investigate the “events surrounding the outbreak of adenovirus” and Olivia Paregol’s death.

And after the June 2018 death of football player Jordan McNair from heatstroke suffered at a team workout, the university announced in May its athletic health care will be under the purview of the health center. This was in accordance with the recommendations outlined by sports medicine consultant Rod Walters, after an investigation into the circumstances surrounding McNair’s death.

In August, the university announced its new head of sports medicine, Dr. Yvette Rooks, who is supposed to directly report to the Health Center’s director, and then to the student affairs vice president and university president.