“His game’s so versatile”: Logan Wisnauskas is more than a scorer for Maryland lacrosse 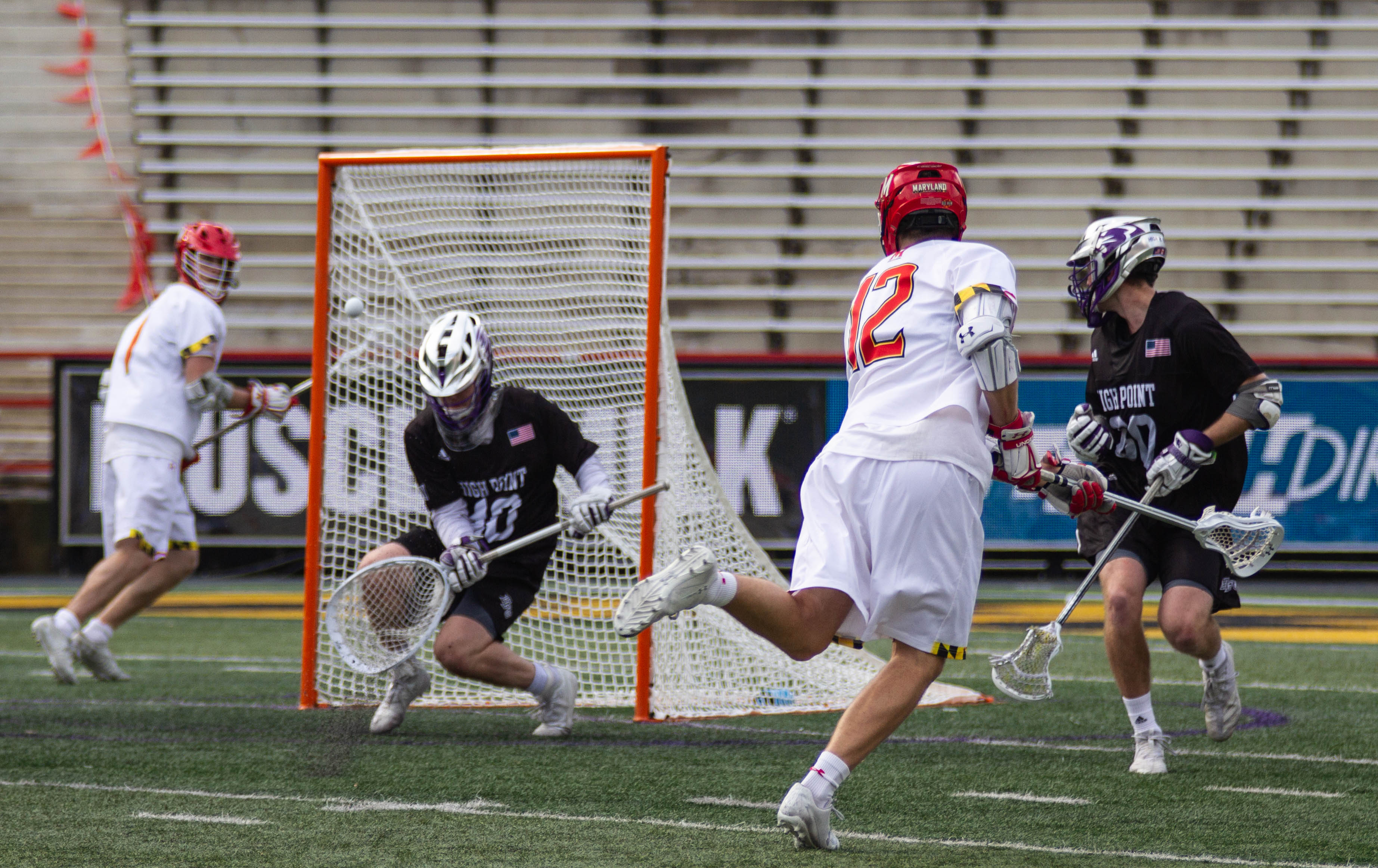 Midfielder Logan Wisnauskas jinked to his left and darted toward the crease deep in double-overtime Saturday, bracing for an encounter with a wall of Richmond defenders — a task made significantly easier given his 215-pound build.

The hard part was finding the pass. Maryland men’s lacrosse attackman Anthony DeMaio stood alone on the far side of the goal, stick raised to alert his longtime teammate. Wisnauskas swung his stick left, then right, finding a window of space to flick a pass toward DeMaio. And once DeMaio’s effort rustled into the net, his teammates poured onto the field, desperate to envelop the junior in a cacophony of noise. There was one noticeable absence, though: Wisnauskas.

Instead, the Sykesville native drifted off to the sideline, far from DeMaio’s spotlight.

For two years, it’s been Wisnauskas at the center of celebrations — whether through long-range snipes or scrappy goals from close in.

But in recent weeks, Wisnauskas has deferred to the other attacking forces in the Terps’ lineup, turning creator on a number of occasions against the Spiders. And with a matchup with Penn looming, coach John Tillman’s squad will look to the junior again — not only as a goal-scorer, but as a provider.

“He’s like having an extra coach on the field,” Tillman said. “He gets everybody in the right spots, he’s a guy who we just have a ton of confidence in.”

At 6-foot-3, Wisnauskas towers over most opposition, helpful for fashioning shooting opportunities in tight situations. And his burly frame often overpowers defenders, routinely shrugging off would-be tacklers with ease.

Couple his physical attributes with a venomous shot, and it’s easy to see why Wisnauskas scores so many goals — his 88 scores place him in the top-20 in program history.

But his career up to this point has been defined by progression. And after recording 15 assists in his first year in College Park, Wisnauskas spent the offseason in the gym, working on his physique in an effort to create more scoring opportunities — this time, though, for his teammates.

“A year in the weight room with coach [Eric] Rhodes, coach Greg [Piteo],” Wisnauskas said. “Doing all that stuff over the summer, over the fall, it really helps on the field.”

Wisnauskas upped his assist tally to a team-high 35 in his sophomore campaign.

He still bags, of course — he notched a career-high six goals against High Point and followed that up with a hat trick against Richmond.

But his approach to offense is far more nuanced than when he first stepped on the turf at Maryland Stadium. As his body has sharpened, so has his mind.

“He’s always been a great shooter,” defender John Geppert said. “But the way he makes you think when you’re playing off-ball defense — you never know what he’s going to do because his game’s so versatile. He makes you think more than you would ever want to as a defenseman.”

It’s nightmarish for opposing backlines, harrying at Wisnauskas to take away a shot opening only for him to float a delicate pass to one of his offensively inclined teammates just outside the crease. Yet it’s an increasingly familiar sight — Wisnauskas notched four assists against the Spiders.

“There’s just been continued development,” Tillman said. “His passion to play and his investment are huge and paying big dividends for him.”

And in the dying embers of Saturday’s game, Wisnauskas’ progression into a playmaker produced tangible rewards for Maryland. His strength overpowered Richmond’s defensive unit. His mind, in contrast, overwhelmed it.

And the two sides of Wisnauskas’ game compounded into one sweet moment for Tillman’s squad — a moment Wisnauskas was at the heart of, even if his subdued celebration said otherwise.