Review: National Theatre’s ‘The King’s Speech’ is a performance for everyone 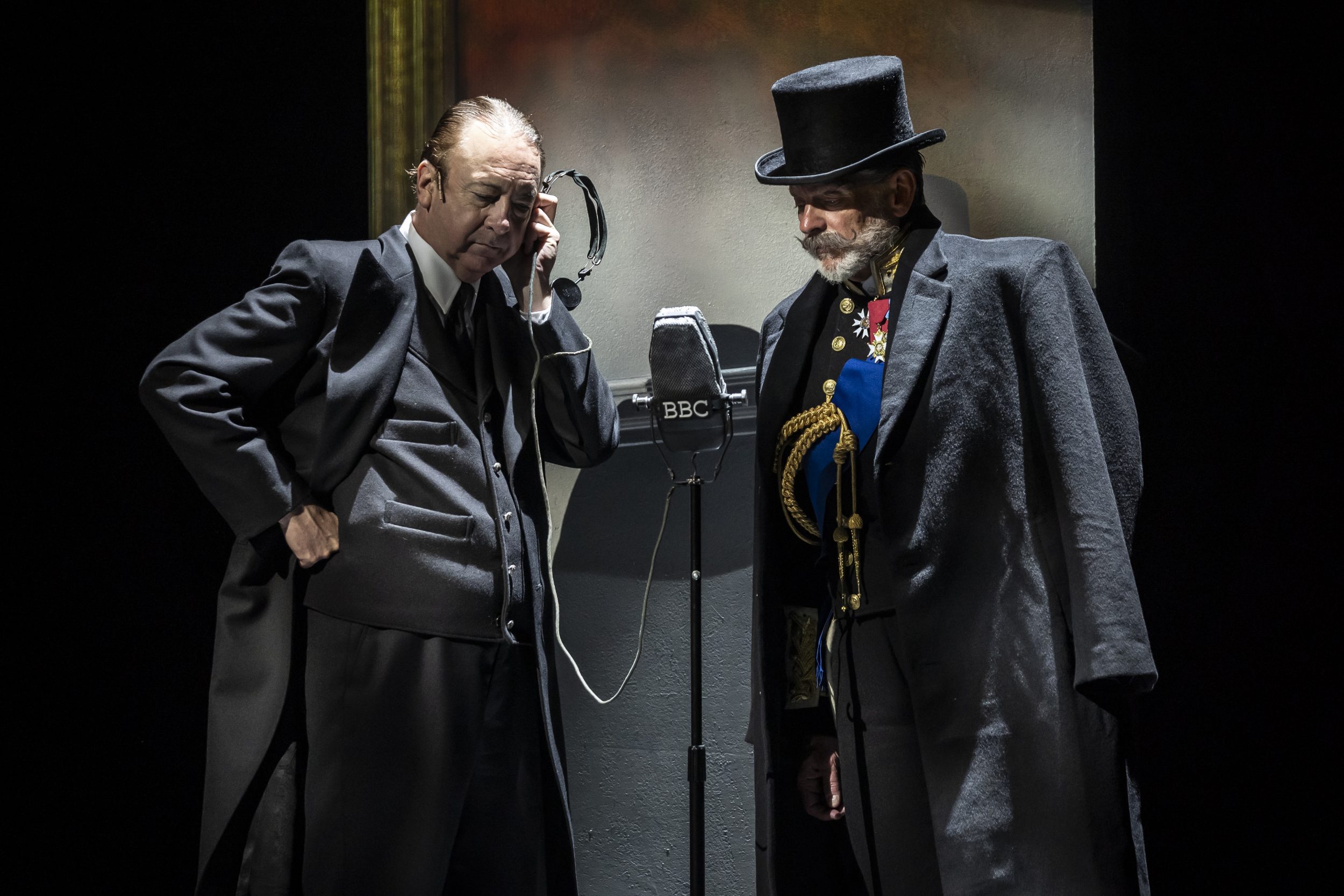 Having someone believe in you when you don’t even believe in yourself is a priceless feeling. Whether it’s from a coach, director, parent or sibling, encouragement before a big moment is crucial to success. At its most basic level, this is what The King’s Speech is about.

The play, which made its Washington, D.C., debut at the National Theatre this week, portrays the ascension of King George VI (Nick Westrate) — a journey burdened by a seemingly incurable stutter. King George, referred to in the show as Bertie, is forced to use a speech therapist Lionel Logue (Michael Bakkensen) as he prepares to take the crown from his brother David (Jeff Parker) and address a nation on the brink of war for the first time.

The famous Shakespeare line “Uneasy lies the head that wears the crown” is from a play about King Henry IV, though it could be rightly applied to Bertie, a man whose anxiety bleeds into everything he does. Nick Westrate’s rendition is remarkable, a challenging task given the hushed tone the king often spoke in.

[Read more: The CW adds to its ‘Riverdale’ reign with ‘Katy Keene’]

Michael Bakkensen needed the constant enthusiasm of a high school theater director to play Lionel Logue, and he delivered it with charm. The actor also does a great job with Logue’s accent — one of an Australian pretending to be English.

In general, Logue’s character is the lifeblood of the play — his constant encouragement to someone who refuses to engage with his unorthodox methods is humorous and heartwarming. The play adds additional details about Lionel’s personal life, including the struggle he and his wife Myrtle (Elizabeth Ledo) face in making the United Kingdom — instead of their native Australia — their home.

Winston Churchill (Kevin Gudahl), who was years away from being prime minister at the time, is an easily recognizable presence on stage, with a top hat and round black glasses perched on the edge of his nose. Cigar in mouth, Churchill delivers numerous funny lines, including when he sarcastically tells Archbishop Cosmo Lang (Noble Shropshire) that, although Lang was elected by God, “God has only one vote.”

The play is full of the dry and quick humor you’d expect from a British show, with a number of jokes that play very well given the current state of the royal family. Many of the details of David’s decision to leave with a previously-married American woman feel especially relevant in 2020, with the exit of Prince Harry and Meghan Markle.

Playwright David Seidler’s intention was hardly to engage in royal family gossip, but instead to tell the tale of a role model — Seidler himself has a stammer. The story has been told in playhouses and movie theaters, making its cinematic debut in 2010 and earning Seidler the Academy Award for best screenplay.

Though the movie was the gem of the 2011 Oscars, the story is actually a perfect fit for the stage, because the most dramatic moments require little more than a BBC microphone. The minimal set easily transformed into Wembley Stadium and Westminster Abbey, thanks to lighting changes and projected images.

The King’s Speech is a play with a high and mighty title that brings about universal themes relevant to kings, queens and common folk alike — the complexity of family, the fear of embarrassment and the value of having someone believe in you. By the end, you find yourself rooting for Bertie as if you personally know him, cheering for the man — not just the actor — as he completes his sentences unobstructed.

The play will run through Sunday, Feb. 16, including matinee and evening performances on both Saturday and Sunday. Tickets can be found at thenationaldc.com.