The CW adds to its ‘Riverdale’ reign with ‘Katy Keene’ 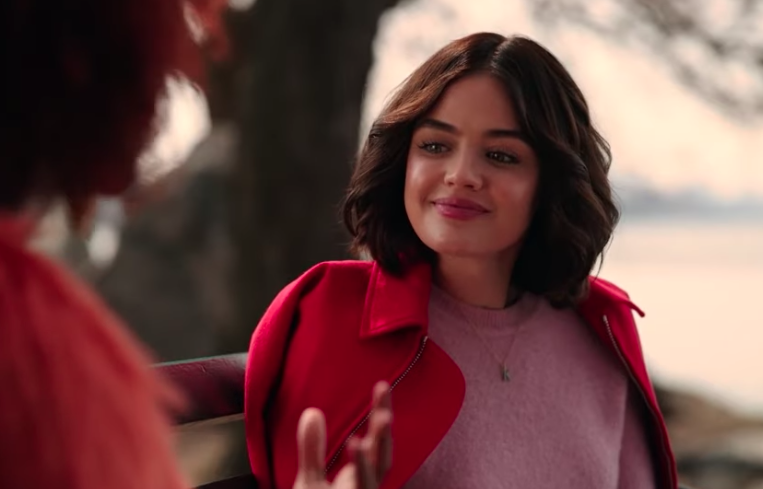 In an attempt to replicate Riverdale’s success, The CW is trying to deliver exactly what its viewers — stereotypically young and mostly female — want to see. And according to whoever they asked, they want a lot more drama, and they want it now.

The channel’s new series, Katy Keene, immediately descends into a world of borderline-gaudy fantasy. Katy (Lucy Hale) runs around New York City with a huge smile on her face, dressed in fashionable pieces she stitched together herself.

The pilot’s first minutes are a sign that the show is not designed to be realistic. After creating a masterpiece gown, Katy gets up from her sewing machine to kiss her hot, ripped boyfriend. It felt like a scene plucked directly from a teenage girl’s daydream. Still, the series’ brightly colorful aesthetic and over-dramatic acting was enough to suck me in.

As the newest spin-off in the Archie Comics universe, Katy Keene pulls inspiration from its predecessor. The shockingly attractive cast resembles that of Riverdale, which has often been described as way too hot to pass as high school students. The casting is a bit more acceptable this time, since Katy Keene is set five years in the future. Regardless, this premiere was definitely not for the insecure.

The show also mimicked Riverdale’s campy energy, taking it to the next level. Katy, an aspiring fashion designer, works at an extravagant department store that would never exist outside of New York City. She deals with pressure from a demanding manager, Gloria, and dreams of becoming an acclaimed personal shopper and fashion designer one day.

To solidify the Riverdale connection, Josie McCoy — of the series’ Josie and the Pussycats — eventually moves to the city to pursue a music career and joins Katy as her new roommate. The two then chase their larger-than-life dreams together in the Big Apple.

Hale delivers both idealistic glamour and dramatics as Katy. Her long-running role in Pretty Little Liars has cemented her place as a queen of teen television, which creates a perfect storm for ridiculousness and makes me guiltily excited to continue watching.

But overall, Katy Keene is nothing new. The episode begins with a voiceover à la Carrie Bradshaw, and Katy’s boss’s lengthy demands and high expectations channel the same energy as the iconic Miranda Priestly from The Devil Wears Prada.

Hale cannot be expected to portray an all-in-one Carrie Bradshaw/Andy Sachs/Cinderella. Still, those who enjoy Riverdale will likely get sucked into watching Katy and Josie’s adventures. Judging from the pilot and its gorgeous aesthetic, there’s potential for the cliche start to become something more original. The CW will always have room for shows like Katy Keene and the flashiness it packs, and this pilot proves it.