Review: Brent Faiyaz’s ‘Fuck the World’ is intricate and impressive 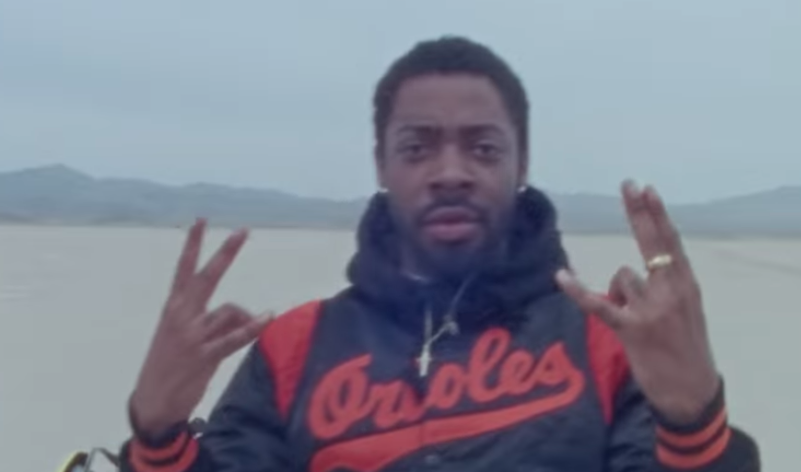 Brent Faiyaz in his music video for 'Gang Over Luv.' (Photo via YouTube)

Self-proclaimed superstar and 24-year-old Columbia, Maryland, native Brent Faiyaz wears his heart on his sleeve, yet love is just one of many emotions that comes spilling out when he grabs the mic.

Making music since 2014, Faiyaz spent time releasing singles and an EP on SoundCloud before linking with GoldLink for the 2016 hit “Crew.” Between that Billboard hit and now, he churned out three EPs — one being collaborative with his group Sonder — and one full length project.

Fuck the World, his first project since 2018, isn’t the typical R&B, club-to-the-bedroom tape. He croons and delivers cleverly crafted verses about far more than just his love, and, quite frankly, lust interests over lush low-ends.

“Lost Kids Get Money” outlines Brent’s status as a solidified hustler: being well-connected, paying his dues and putting his friends onto the same kind of success he has experienced. His confidence is at an all-time high as he boastfully bounces over the beat, wondering, “What you lookin’ at me for? Should be lookin’ at bankroll.”

[Read more: Here’s all the music you need to be listening to this week]

Thematically, love does manage to trickle back in on “Been Away,” which serves as a The-Dream-esque (see 2009’s Love vs. Money) battle of Faiyaz’s two pleasures. Pitting romance against raking in dollars, the paper chase seems to be the primary obstacle between him and the woman in his life. He beseeches his golden girl not to fall out of love while he makes plays to boost his revenue, thereby rendering them both wealthy.

The outro of that track urges that special listener to “keep me out your life” as he’s pursuing the paper. He’s busy trying to strike it rich; they should be doing the same.

“Clouded” is a reflective flex that leaves him questioning his choices in his ascent toward stardom. Reckless spending and the feeling of “dyin’ every season” weigh on him heavily. To combat that and numb the pain, he stays clouded with his “OGs,” the only people he can trust due to their long-standing relationships.

The track serves as an early climax for the EP. Although it is only the second song on the EP, the final lines give closure fitting of an outro.

“All my bitches know I’m leavin’ at some point/Whether there’s a reason or not/Don’t try givin’ me reasons to stop,” he sings.

Faiyaz’ sweet, subtle sound, complete with vibratos and punching bars, carves him distinctly into a lane of his own with little need for reference. Yet, the way he glides through entire octaves in a single run is reminiscent of legendary R&B predecessors Jodeci and Usher.

Don’t box him into R&B solely because he’s a soulful, black singer, though. Brent has been adamant about promoting genre crossover with much of his production being hip-hop heavy.

As a cohesive body of work, “Fuck the World” features incredibly intricate and spacious voice layering, sonically consistent with previous projects such as group effort “Into” by Sonder. Instrumentally, an array of hypnotic drums and bass, heavy percussion and low synths back Faiyaz, who leaves just enough room for thought between each bar.

Faiyaz is currently touring for his new EP and comes to the Fillmore in Silver Spring on April 19. “Get your paper straight,” and buy tickets before it’s too late.