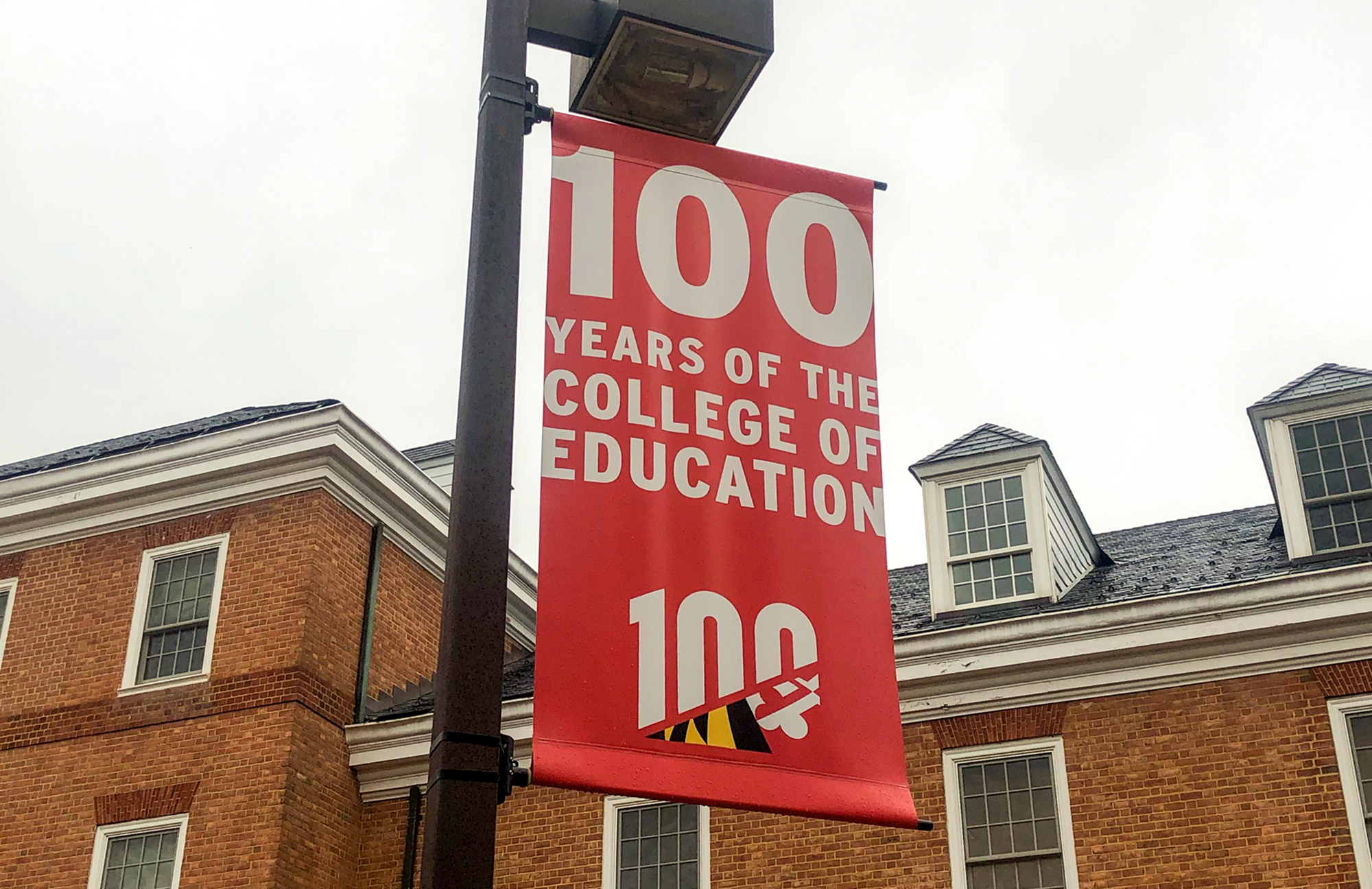 The Benjamin Building is home to the Universtiy of Maryland School of Education. (Elliot Scarangello/The Diamondback)

A team of University of Maryland researchers in the education college is investigating investment disparities in childhood education and development, which could inform future public policy and help close the national achievement gap.

Over the next four years, researchers within the college will analyze national survey data to determine the difference in the amount of public and private funding that children receive across ethnicities and income levels. They will then look at past studies to find where investments in children would be most effective in ending educational disparities.

“A project like this that takes a look at how we invest in different groups of kids — kids from different backgrounds — may tell us something about the disparities that we’re currently seeing in terms of wages and other kinds of outcomes,” said Jennifer King Rice, dean of the education college and one of the project’s researchers.

The idea behind the research first came up almost 10 years ago, when Rice and her colleagues — Steven Klees and Marvin Titus, two other professors on the research team — worked as economists in separate departments within the education school.

A project that looked at disparities in childhood investment, said Rice, would allow the three of them to come together for an important purpose — research that could have “major social implications.”

Last fall, that project began to take shape when the Spencer Foundation, an organization that invests in educational research aimed at promoting equality and lifelong success, awarded the team with $1 million to fund their work.

“We know from existing work that there are differentials in how much we invest in kids in education,” said David Blazar, the project lead and an assistant professor in the education college. “We’re taking kind of a well-rounded perspective to come up with more summary statistics, rather than thinking about this work as existing in standalone analyses.”

An emphasis on factors outside education that also impact development, including health, contributes to the project’s well-roundedness, Blazar said.

Michel Boudreaux, a professor in the public health school and another member of the research team, will take a nuanced look at health investment disparities, focusing on health care, nutrition and access to physical activity, among other aspects.

“This range of things that kids are exposed to is what produces health. And we know in each one of these domains, white children tend to fare better than children of color,” Boudreaux said. “It’s about measuring those specific gaps, and putting a number on them, because we can’t really fix what we’re not measuring.”

The project will analyze national survey data from the Institute of Education Sciences and the National Center for Education Statistics, among other organizations. These surveys will give the researchers specific information about schools across the country, such as the average salary of teachers in a district or the amount of resources available to the school.

They will also provide some information about a student’s education outside the home, including access to tutoring services.

The researchers will then convert these public and private aspects of a child’s development into dollar amounts, and perform a meta-analysis to determine which groups — taking race, ethnicity and family income status into account — see the largest differences in investment.

At the end of this analysis, researchers will be able to estimate how much is spent on a child’s education based on these factors.

“The key in research like this is to get the attention of policymakers and the public,” Rice said.

The researchers plan to summarize their conclusions into short memos and speak with policymakers to bring more attention to the topic. Rice hopes it will spark conversations among public officials about the meaning of equal opportunity and the social imperative to address educational disparities.

During the latter half of the project, researchers will review preexisting studies to figure out which areas of public investment would have the most beneficial impact on students. It’s a complicated undertaking, Rice said, but one with immense potential.

“I’ve heard statistics that the biggest predictor of where an individual will end up in life — in terms of their income and opportunity — is their zip code when they’re a child. And it just shouldn’t be,” said Rice. “Trying to capture that in a study is really what we’re all about.”