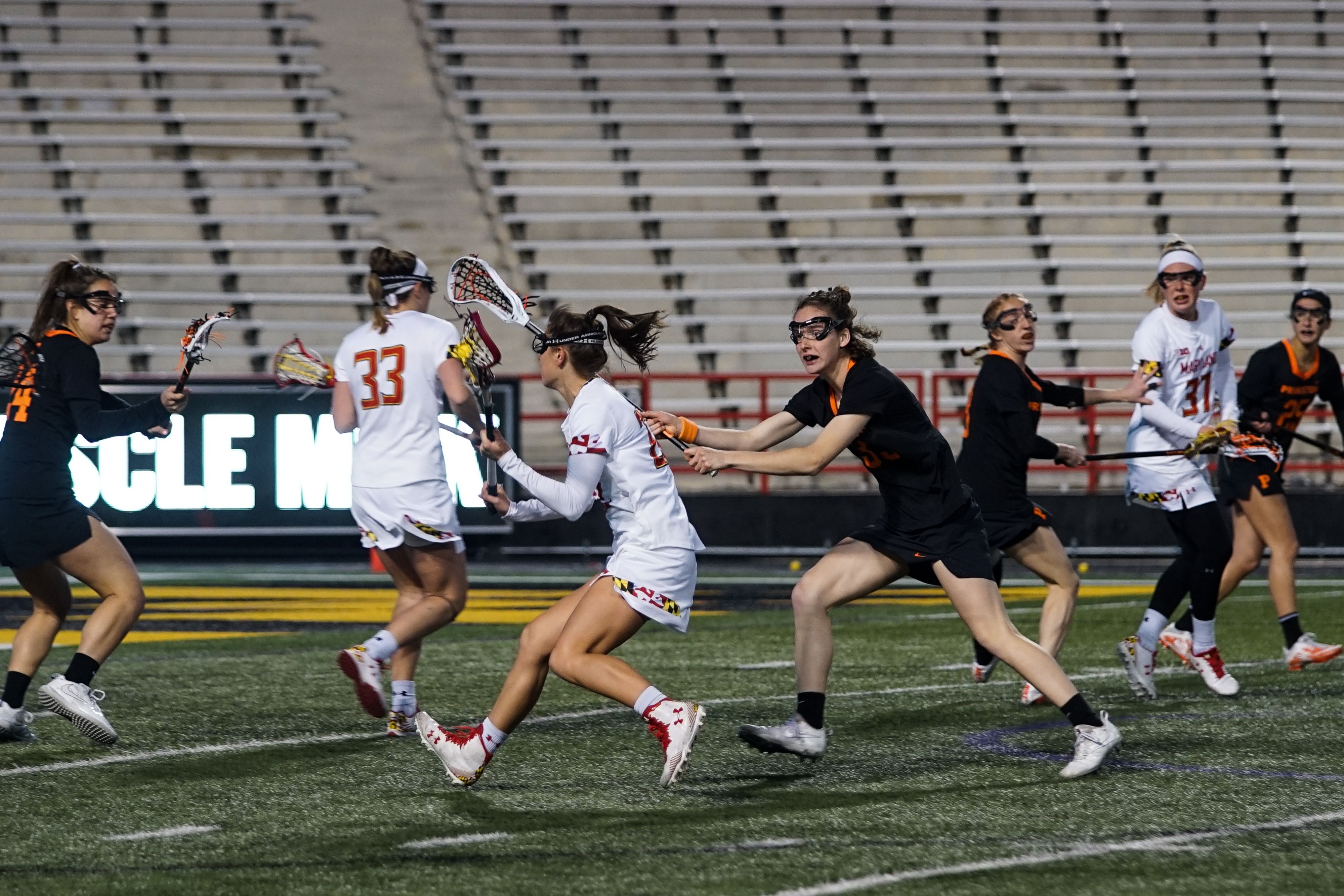 Grace Griffin during a 15-7 win over Princeton at Maryland Stadium on March 27, 2019. (Corey Hart/The Diamondback)

Four Maryland women’s lacrosse players were selected for the Tewaaraton Award watch list on Thursday, preluding an honor given to the best overall player in the country.

Captains Meghan Doherty, Brindi Griffin, Grace Griffin and senior attacker Kali Hartshorn were all named to the watch list. Maryland’s four players ties North Carolina for the most on the list from a single school.

Doherty, a senior, is the sole returning starter for the Terps defense. She also was named an Inside Lacrosse Preseason All-American.

Brindi Griffin, the Big Ten Preseason Player of the Year, is set to take over the Maryland attack after the graduation of its top three goalscorers from last season. Junior Grace Griffin had a breakout season in 2019, scoring with 45 goals and a .556 shooting percentage from midfield.

And Hartshorn, the top returning goalscorer, has already impressed with her seven-point effort in Maryland’s opening game against George Mason. The Terps will continue their season Saturday in their home opener against No. 14 Florida.

[Read more: Catie and Libby May were a sister-scoring machine for Maryland lacrosse vs. George Mason]

Former Maryland goalie Megan Taylor won the award last season, becoming the first at her position to win the honor in its 19-year history. A Terps player has won the Tewaaraton in eight of the last 10 years.