Catie and Libby May were a sister-scoring machine for Maryland lacrosse vs. George Mason 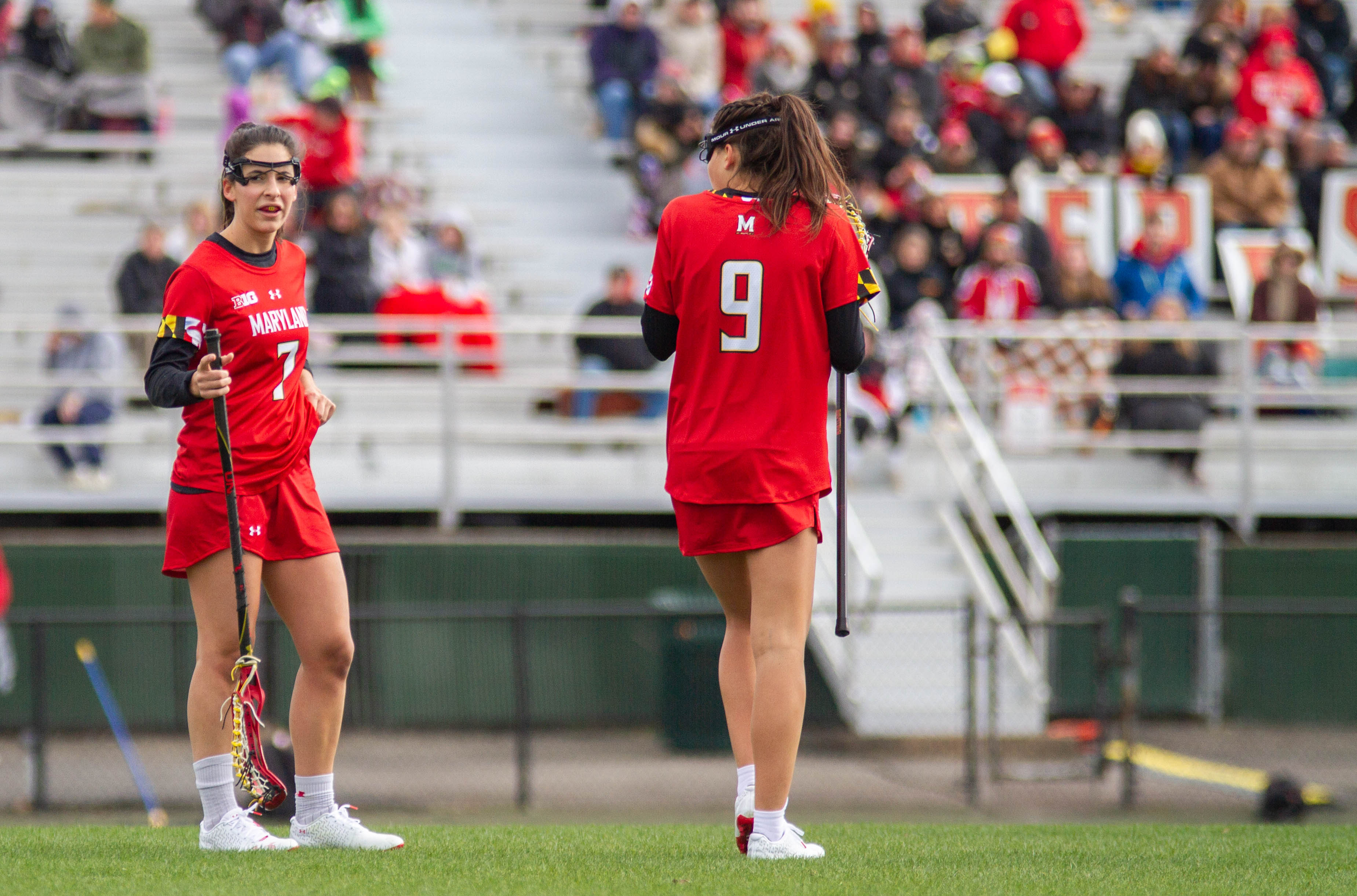 Catie May couldn’t stop smiling after Maryland women’s lacrosse blew past George Mason in its season opener on Saturday, but it was only partially about the result on the field.

Instead, it was largely due to who she shared the field with.

“It’s just unreal getting the chance to play with my little sister,” Catie said. “I’m so proud of her.”

Libby May made her Terps debut in Saturday’s 19-6 victory, partnering with her older sister to play a large role in coach Cathy Reese’s attack. The duo combined to pepper the cage with 10 shots on goal, with six of them finding the back of the net.

Maryland struggled to put together its offense in the opening five minutes of the season, which coach Cathy Reese called an expected obstacle. She places an emphasis on her squad’s ability to make adjustments in-game.

But it was Catie’s opening goal that got the ball rolling. She beat her defender behind the net, slotting home a wrap-around goal to tie with the Patriots at one apiece.

A concession over a minute later put the Terps down again. But then it was Libby’s turn to change the game, turning a free-position shot into her first college goal.

Libby was one of three freshmen to get a starting spot in the first match of the season, joining midfielder Shaylan Ahearn and defender Emma Schettig.

“That was fun,” Reese said. “The freshmen have their first college game of their career, at one point there was a conversation with Libby and Shaylan: ‘Take a deep breath, we’ve got this, just do what we’re good at.’”

Catie found the net again over three minutes later — from a set-up by senior Kali Hartshorn on the near side of the goal — to give Maryland its first lead of the season. Libby continued the goals-spree for the Mays, converting another free-position shot for a score as the Terps began to build up an advantage that George Mason wouldn’t be able to break down.

“They work really great together,” Hartshorn said of the sister tandem. “They’re so sneaky and so quick, they’re hard to defend. Thank God they’re on our team.”

Catie scored two more goals in the second half — bringing her tally to a team-high four goals — to almost reach a third of her 13 total goals last season. Libby wouldn’t find the net again, but she had no turnovers and forced three saves out of the Patriots goalie.

Reese said she thought Libby could have shot better, but lauded both sisters for their ability to work together and ignite the offense.

“They’re both good at different things, that’s why their connection is as good as it is,” Reese said. “Catie is a great feeder, great around the crease. I think she’s one of the best crease players in the country with how quick she is … Libby is good at seeing space and cutting into it and getting herself open. So Catie has the opportunity to hit Libby quite a bit.”

After a strong opening game for the duo, Reese said people should pay attention to them this year as Maryland begins to build its team chemistry early on during its title-defending campaign.

“To see [Libby] work so hard on and off the field and be able to play and share this moment with her is so exciting,” Catie said. “I’m ready to enjoy every moment of it.”