For Ledo’s owner, selling the family business is a “bittersweet” decision 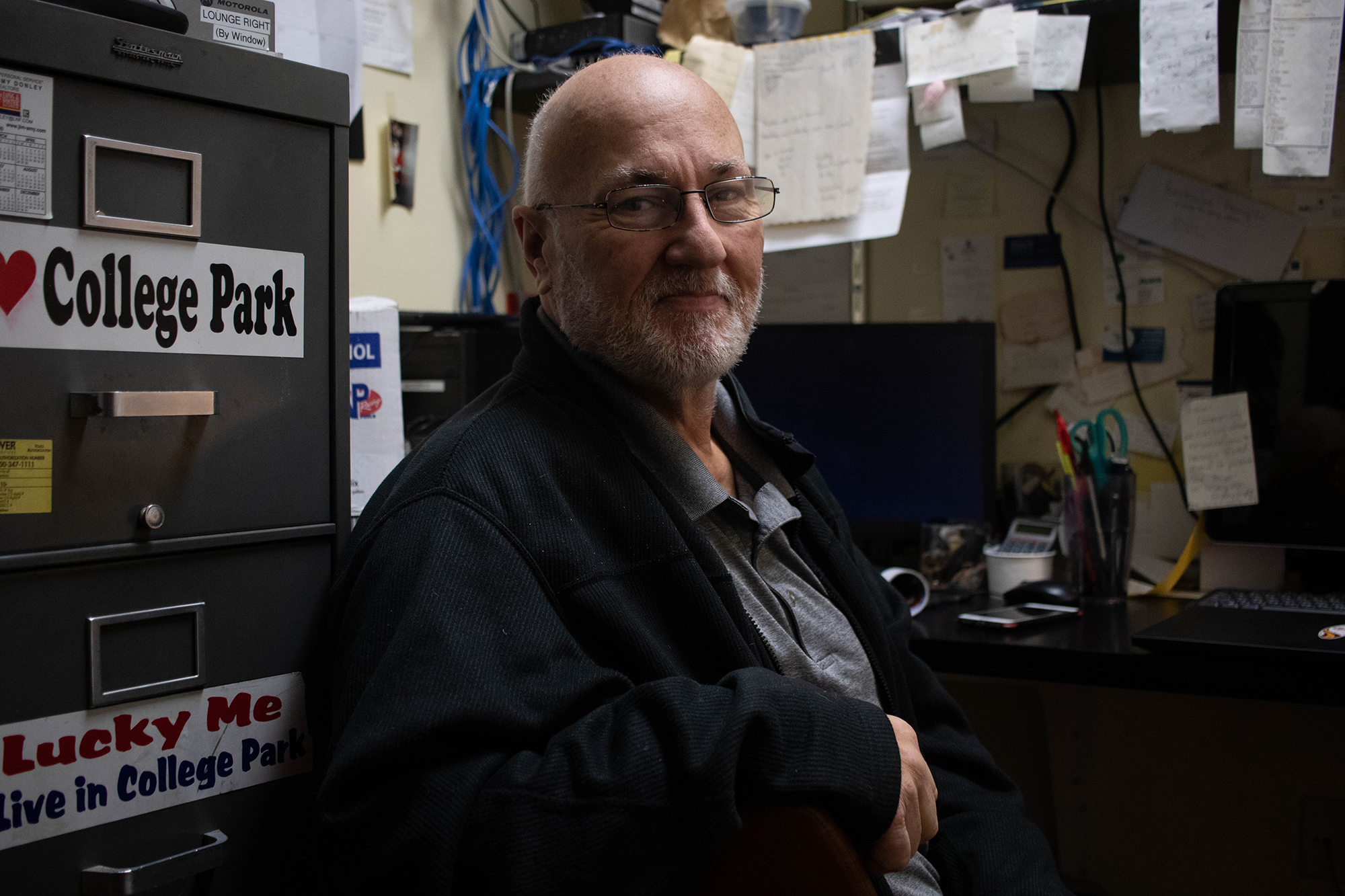 Tommy Marcos Jr., owner of the Original Ledo Restaurant in College Park, in his office on Feb. 6, 2020. (Julia Nikhinson/The Diamondback)

After a University of Maryland football game in September 2010, students and families flocked to the newest restaurant in the city — a 5,800-square-foot pizzeria with a bar and dining room, placed quaintly underneath a parking garage on Knox Road.

The Original Ledo Restaurant had just moved from its first location in Adelphi to College Park, and the sight of Maryland fans streaming into the pizzeria that day filled longtime owner Tommy Marcos Sr. with joy. He would pass away about a month later.

For Marcos, selling the family business of 65 years is “bittersweet.”

“In all these years, you become close with people and become friends with people,” said Marcos, who began working for his father in 1976. “I’ve watched kids grow up, and now they have their kids coming in.”

In 2018, Marcos suffered two strokes and injured his foot, making it more difficult to keep up with the bustling pizza joint.

“I haven’t been able to put in the time since my health got worse,” he said. “And a restaurant is something that requires a lot of time and effort.”

A real estate listing for the business was posted earlier this year. The space in downtown College Park costs about $12,000 a month, according to the listing.

Some things about the restaurant — like the menu — are likely to change under new ownership.

“Everything we make here has been homemade,” said Carol Cornwell, the restaurant’s manager. “The menu is going to look a little different after the spring.”

Sophomore architecture major Giovanni Amodeo and sophomore accounting and finance major Kyle Cotoia said they often order pizza from the Original Ledo Restaurant and would like to see the current menu stay.

“I think the food is perfect the way it is,” Amodeo said.

The restaurant may close briefly in April and could be renamed, Cornwell said.

Still, the pizzeria will be competing in an area that has recently welcomed many new businesses. According to Marcos, “everybody wants to try the new place.”

“It seems as if the landlords will put anything here,” Marcos said. “There are probably seven pizza places within a mile.”

College Park seemed like the perfect place to put a pizzeria, Marcos said, because it was difficult to get students and families to come to Adelphi. After moving closer to the university, the restaurant saw more business, he said.

“My worst year is probably what people would love to be doing with their businesses,” Marcos said. “It’s a good restaurant. It has a lot of life left in it.”

[Read more: Construction on community meeting center in College Park set to start in May]

One of his fondest memories will be the tight-knit community that has formed within the restaurant, Marcos said. It will be the cooks, the managers and the customers who have been stopping by for decades.

“We have been blessed with really good people and families that have worked with us,” he said.

Cornwell, who has been working at the restaurant for 25 years, said she was surprised when Marcos first told her about his decision to sell the business and retire.

“It threw me off guard,” Cornwell said. “But I understand that his health hasn’t been all that great.”

Marcos said he’ll spend his time off — a rarity in the restaurant industry — with family, going on the vacations he missed out on. During his years running The Original Ledo Restaurant, he usually took only one week off each year.

Cornwell and Marcos agreed that, over the years, the restaurant became something bigger.

“It became more than a business,” Marcos said. “It’s like a huge family.”