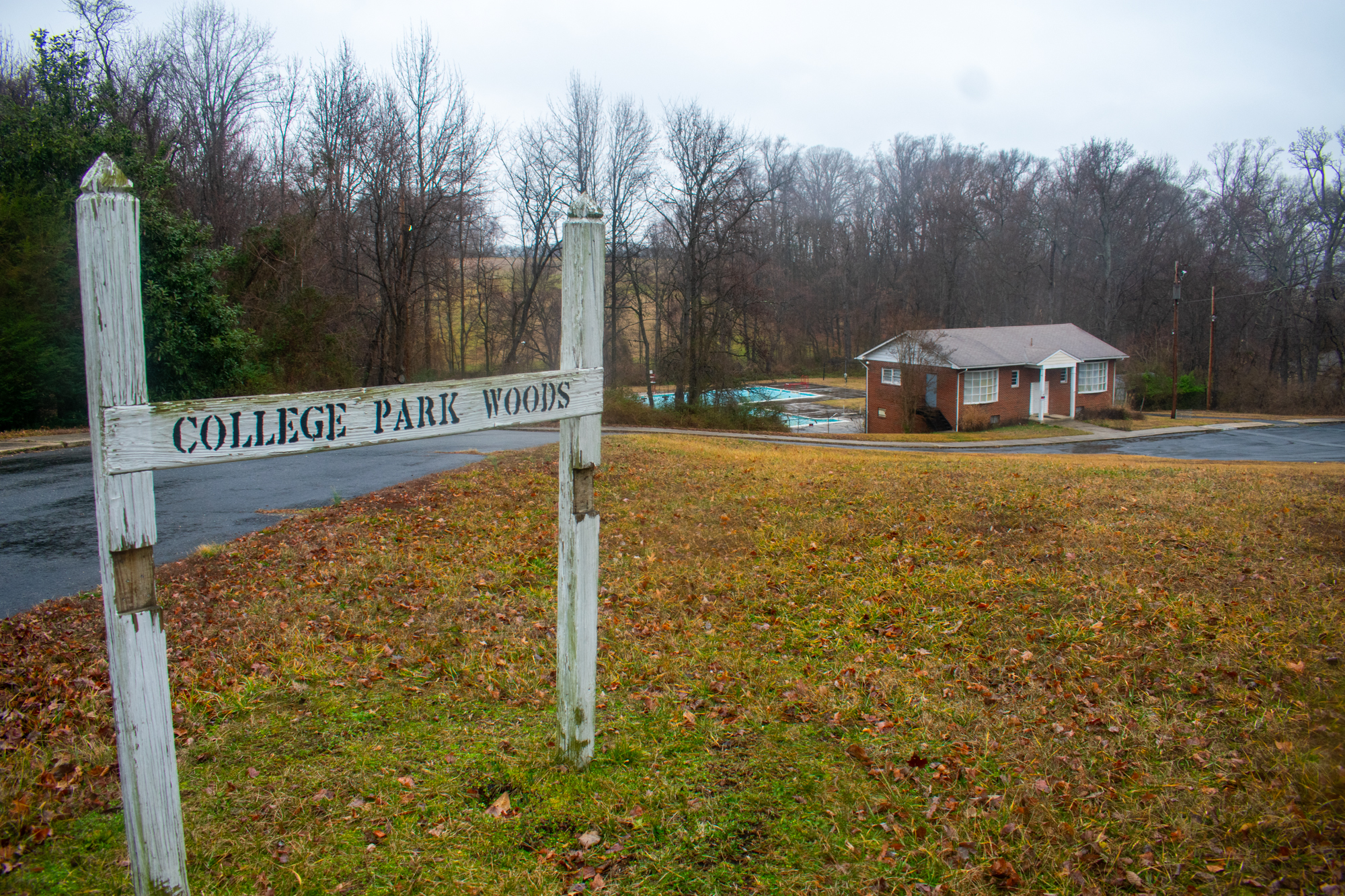 Crews will start construction in May on a community meeting facility in the College Park Woods neighborhood, replacing a more than 50-year-old swim club. (Elliot Scarangello/The Diamondback)

Crews will start construction in May on a community meeting facility in the College Park Woods neighborhood, replacing a more than 50-year-old swim club.

The building, which is slated to open in 2021, will include a lobby, kitchen area and large windows, said District 4 councilwoman Maria Mackie. The project is estimated to cost the city more than $550,000, according to the city’s website.

“Community groups, like the neighborhood watch group or the civic association, can meet there,” Mackie said. “I think it’ll be a nice amenity in College Park.”

Plans to demolish the existing facility were approved by the Prince George’s County Planning Department on Jan. 6. The city purchased the property on Marlbrough Way from the College Park Swim Club in 2018. They announced the project last October, after hiring architects from Buchart Horn Inc. to perform a facility assessment.

The city has held several meetings with the community — the latest one on Jan. 22 — to gather feedback. Residents suggested adding new walkways, a patio and a garden to the facility, according to city documents.

“Those fine-tuning details haven’t been totally completed,” Mackie said. “But I’m an advocate for having places where people can be outside and walk around.”

The one-story building will comply with the American with Disabilities Act, unlike the old clubhouse, Mackie said. Yoga, knitting and “low-impact” workout classes are among program ideas for the facility, according to city documents.

College Park Woods resident Mary King said she discontinued her membership in 2006. Her six children had gotten older, and new management was unable to take care of the facility, she said.

“It ran into financial problems because they couldn’t get enough people to join to pay the bills,” said King, who has lived in the neighborhood for 35 years. “A few people took it over. They did not do well with it.”

Once the city bought the property and cleared the debt from previous management, there was a general consensus that the pool should be replaced, King said.

“People wanted the pool to be resurrected, but they were a minority,” said College Park resident David Segal, who attended community meetings about the project. “It is basically an outdated structure.”

Residents also raised concerns about the limited parking and increased traffic that will come with the project, according to November meeting minutes.

“Now, we have multiple-car families and increased rental in the community,” Segal said. “I think the parking will be sufficient.”

College Park Woods is a quiet neighborhood, and much less urban than downtown College Park, Segal said. The streets are narrow, he added, made for the one-car families that used to live there.

The city will continue to hold community meetings as May approaches, according to a city presentation. So far, Segal said the city has been receptive to resident concerns.

“I was very impressed with how responsive the city has been to what we’ve wanted in the past, and what we want currently,” Segal said.