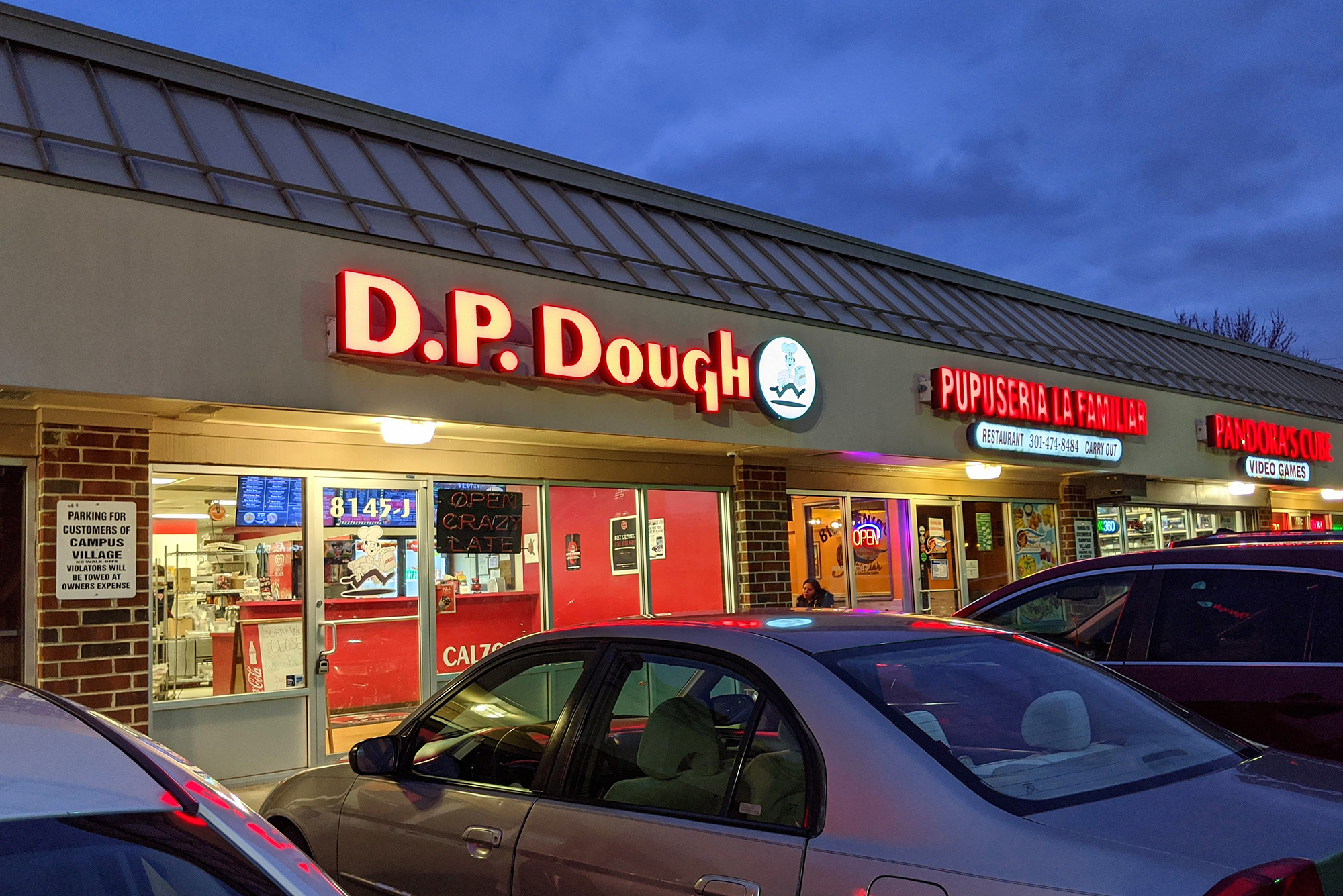 D.P. Dough, a popular calzone eatery located on Route 1, is closing its doors this week. (I'Shea Boyd/ The Diamondback)

After serving the area for about 20 years, the store announced Tuesday morning on social media that it will be closing before the end of the week, generating an emotional response — both online and in line — from former and current students.

The line for orders Tuesday and Wednesday night wrapped outside the door and onto the sidewalk. So many calzones were ordered Tuesday night that the store temporarily ran out of dough.

“It’s one of my favorite places to order from,” said sophomore flute performance major Selia Myers. “I’m a little sad to see it go.”

University of Maryland alumni TJ Hool and Kyle McCormick — who graduated in 2009 and 2010, respectively — also decided to make the trip to D.P. Dough to get one last order before the store officially closes.

“I graduated 10 years ago, but I still order from here all the time,” McCormick said.

The store always has three to five people inside, but never a line that spans outside the door, Hool said. Sophomore music education major Eric Aaron said he waited in line for almost 45 minutes to get a calzone Wednesday evening.

“We were overwhelmed by the turnout,” read a recent post on D.P. Dough’s Facebook page. The post added that the staff “will be extra prepared during these last two days to serve as many calzones as we can.”

The franchise calzone company has nearly 40 locations, and the College Park restaurant is the only one in Maryland — the next closest D.P. Dough is in Newark, Delaware.

“It’s not a goodbye. It’s see ya later,” a post on the store’s Facebook page read. “It’s been [an] amazing journey, but all good things must come to an end.”