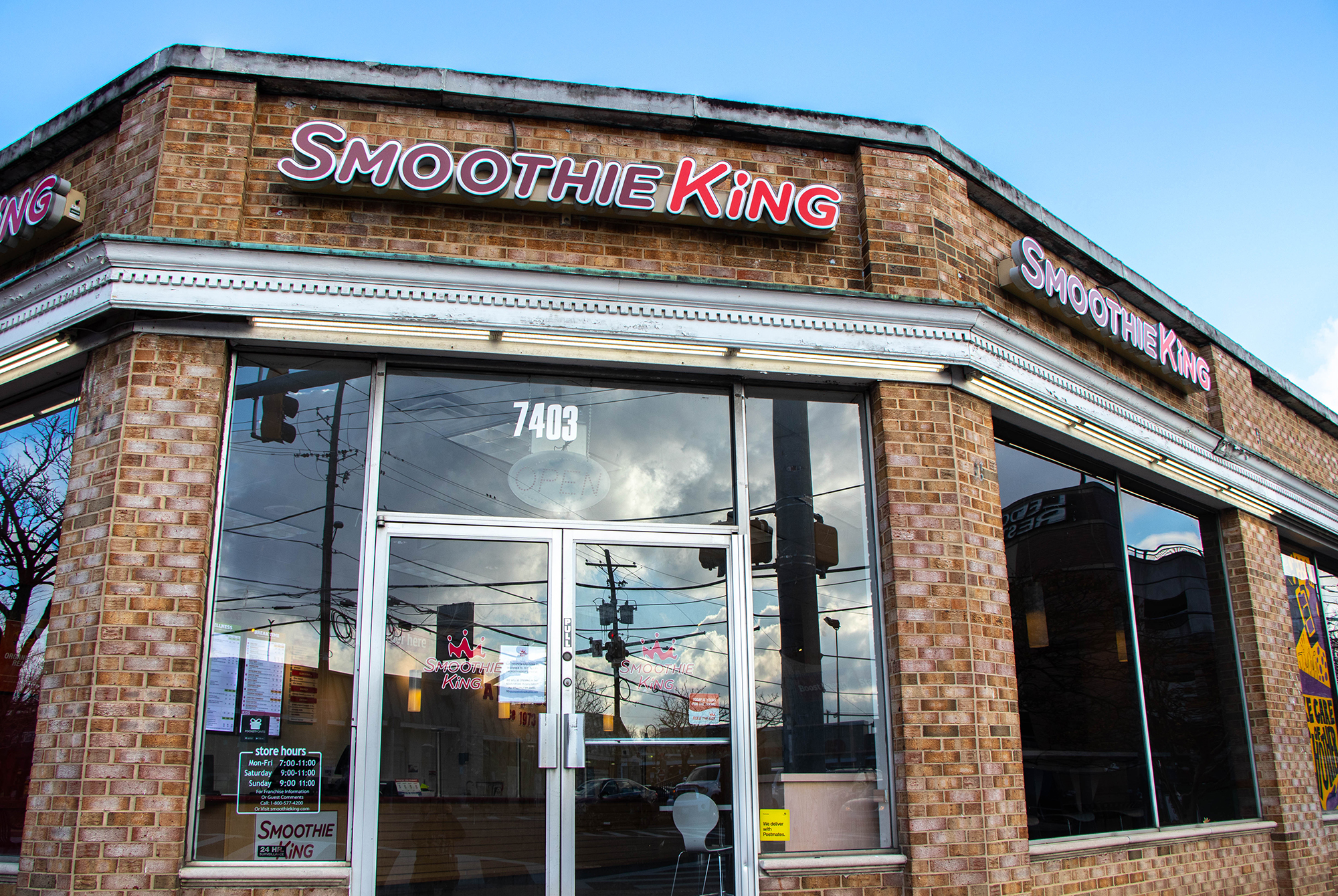 Smoothie King was only one of the Baltimore Ave. establishments to close over winter break for upcoming City Hall contruction. (Julia Nikhinson/The Diamondback)

Shops along Route 1, including Subway and Smoothie King, closed their doors over the University of Maryland’s winter break ahead of demolition for a redevelopment project in College Park.

The shuttered stores, which also include Shanghai Cafe and Hair Cuttery, mark the first steps in preparation for the construction of a new city hall at Knox Road and Route 1.

The project’s cost is split between the university and the City Council at Knox Road and Route 1. In all, it’s expected to cost about $50 million.

The council voted to buy the space occupied by Shanghai Cafe and Subway for $1.6 million in March 2018. Leases for Smoothie King and Hair Cuttery expired at the end of 2019.

The redevelopment project has been in the works for decades. In 2014, the council voted on its location. The redevelopment is slated to include municipal offices, university offices and retail spaces, but until its construction, Route 1 will lose a few dining options.

“I’m really surprised they’re shutting those down,” said senior Samantha Riesberg, a biological sciences major. “I feel like people go to them a lot.”

The Terrapin Development Company owns the property that includes Hair Cuttery and Smoothie King. Ken Ulman, the chief strategy officer at the university, said in March 2018 that the development company will assist in the businesses’ relocation.

“College Park residents are finally about to have our new City Hall and public square, which will enliven our downtown and help our local businesses thrive,” Wojahn wrote in a text message.

Lucas Leitao, a freshman major, said that there are still plenty of other dining options.

“The Subway people,” he said, pointing out that there’s still a Subway in the Stamp Student Union, “they can rejoice.”