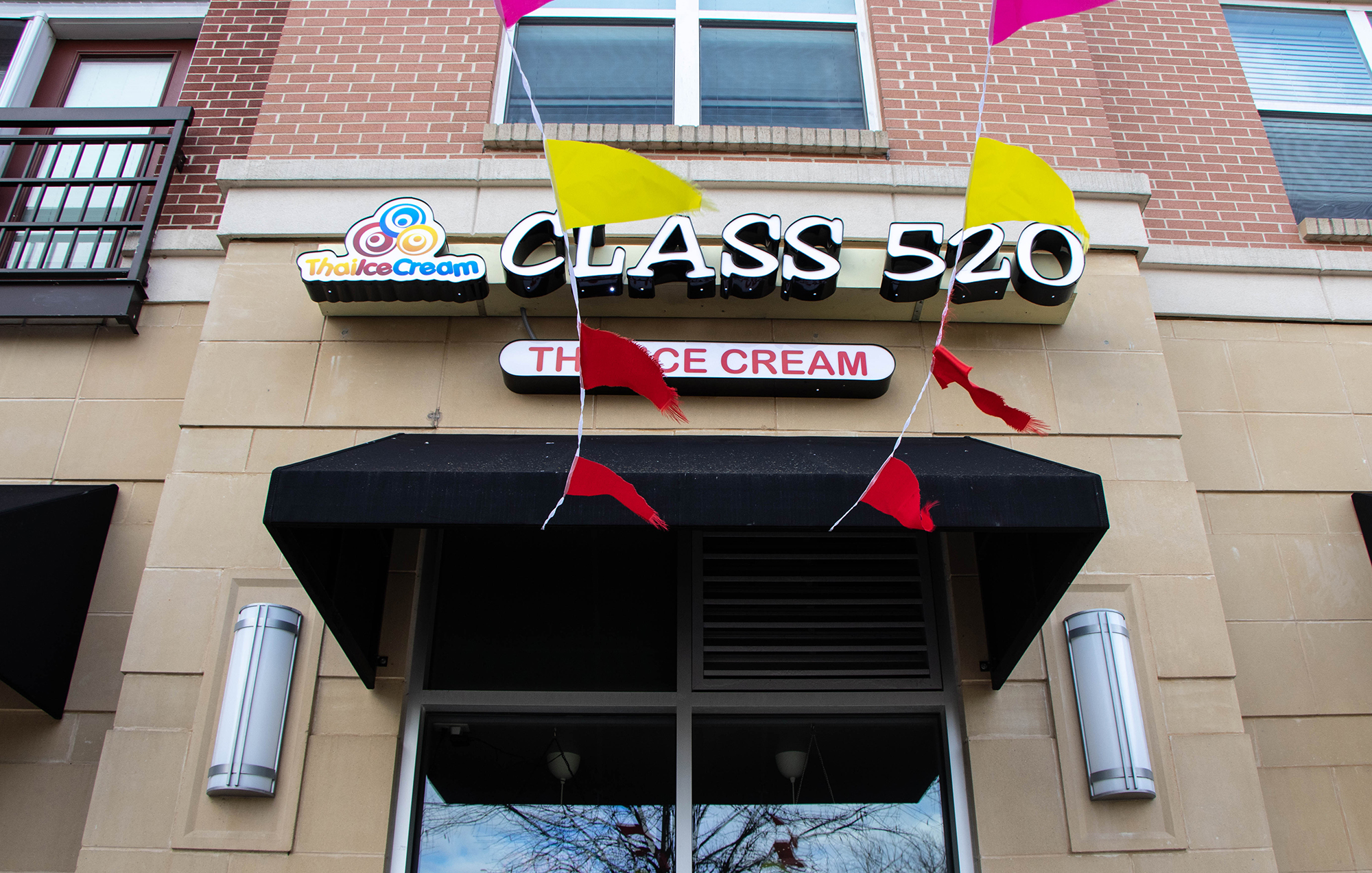 The new bubble tea-ice cream shop opened its doors at the end of last semester. (File photo/ The Diamondback)

Don’t be alarmed if you see someone on the University of Maryland’s campus drinking out of a lightbulb this coming spring semester — they may have just come from College Park’s newest Asian eatery.

With most products in the $3.99 to $5.99 range, Class 520 Ice Cream and Tea opened under the Domain apartment complex at the end of last semester, offering Thai ice cream, bubble tea and other beverages to its patrons.

Working at the College Park store is a family affair of sorts for Rachel Wang, a junior at Marriotts Ridge High School in Howard County — her aunt, Samantha Wang, is a co-owner of the chain, and she also works alongside her sister and cousin.

“We’re more known for our ice cream, not our bubble tea,” Wang said. “I think that’s why people come here.”

Thai ice cream is made by pouring milk and the customer’s desired toppings onto an ice-cold plate. The milk is then frozen, and metal scrapers are used to mix the toppings into the cream, which is then pushed off the plate into rolls.

Lightbulbs are typically used to serve specialty drinks at other Class 520 shops, which are located in Bethesda, Rockville and Northern Virginia. But those drinks aren’t on the College Park location’s menu because owners were afraid the menu would be too big, Wang said.

Even so, customers still looking for novelty can get their drinks served in the lightbulbs for an added 75 cents, Wang said.

Several students have already expressed interest in the new shop. Jack Ramos, a senior information science major at the university, said he attended the Rockville location of the chain when it first opened, and thought it was a “cool concept.”

“I worked at Ben & Jerry’s then, so I was like ‘why go there when I can get free ice cream?’” he said. “I’ll probably go with some friends now.”

Jade Draper, a senior English major at this university, bought her first ever cup of Thai ice cream at Class 520. Draper said she enjoyed it, and planned on returning.

“The consistency is a lot different from regular ice cream,” Draper said. “It’s a lot thicker than normal ice cream… in a good way.”