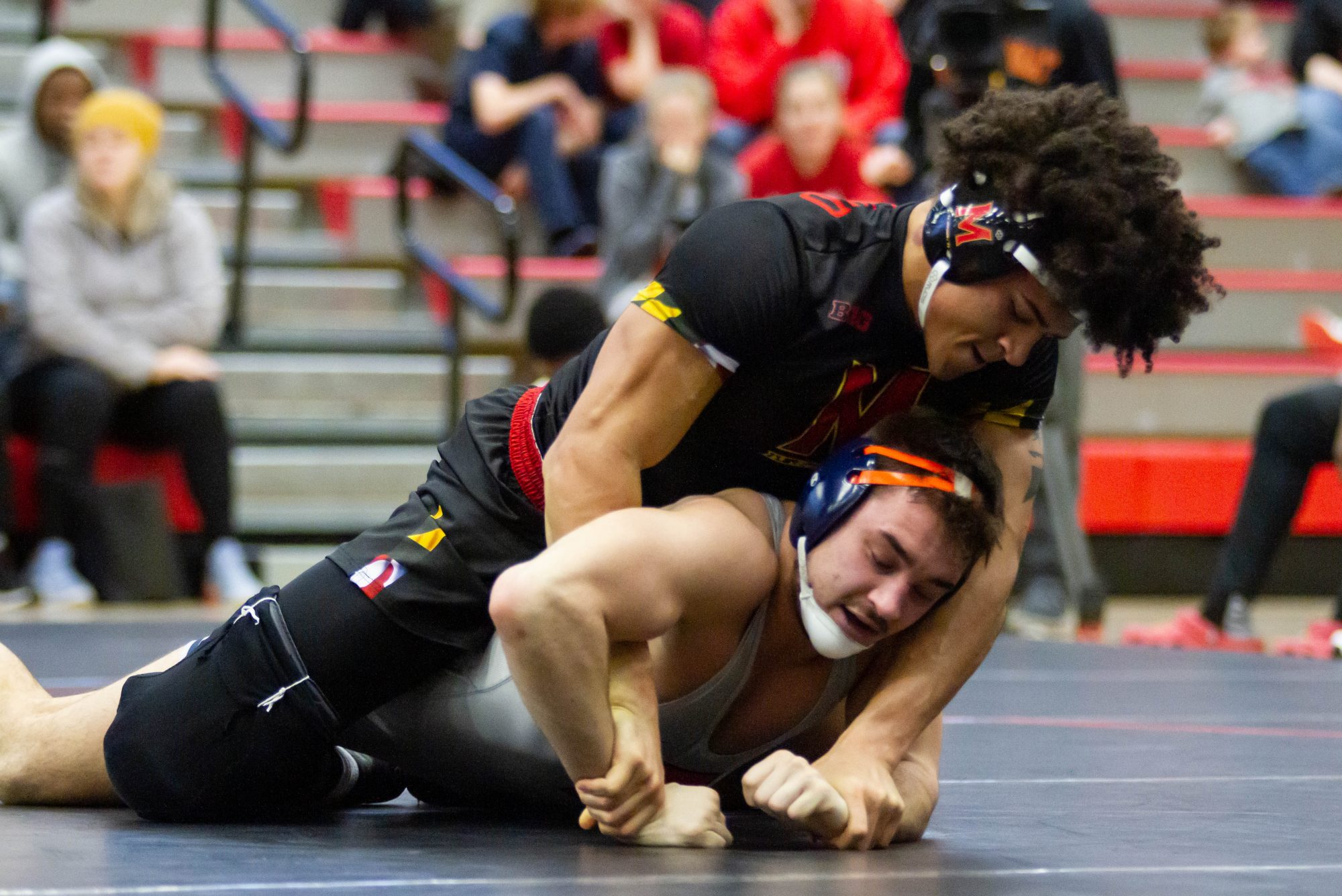 The referee, who called a stalemate, didn’t give Smith a takedown call, much to the dismay of the Xfinity Center Pavilion crowd.

After review, the call stood as a no takedown and Clemsen took matters into his own hands, raising his arms to hype up the crowd. Smith needed to avoid a takedown to win the matchup, which he was leading 6-5.

And he did just that, nailing down Maryland’s first win of the dual to cut its deficit to 8-3. But Smith’s performance was an inconsequential footnote in an otherwise lopsided match, with the Fighting Illini defeating the Terps, 31-9, on Sunday afternoon.

“We didn’t wrestle enough in our positions,” Clemsen said. “We didn’t look great. Illinois is a really good team. [Fighting Illini head coach Jim Heffernan’s] got a good squad that’s well-coached and the kids looked like it today. They put us on our heels a little bit.”

[Read more: Getting “exposed” in recent losses was a needed wake-up call for Maryland wrestling]

Sunday’s match started at 174, so Philip Spadafora was up first for Maryland, and he fought hard to begin the dual on a good note.

He had chances against No. 15 Joey Gunther, taking a 6-4 deficit into the last minute of the third period. Spadafora, however, fizzled out and Gunther came away with a 10-5 decision win.

“They won the coin flip and picked the weight class,” Clemsen said. “[Illinois] responded to it better than ours.”

Usually the Terps’ leadoff wrestler in the lineup, 125-pounder Brandon Cray had a tough match-up with Justin Cardani, whom he lost 2-1 to last season. The two traded takedowns as the bout was tied 2-2 going into the third period.

Cardani eventually got the upper hand, landing an escape and using riding time to secure a 4-2 victory as Illinois took a 15-3 lead into the intermission.

Ryan Garlitz, who has started over 149-pounder Michael Doetsch in recent duals, was nearly pinned in the first period but instead lost a 9-1 major decision to Mousa Jodeh. It was a big win for Jodeh, who came into Sunday 0-11 in duals for the Fighting Illini.

The Terps, while out of the match, continued to fight. While the score indicated a blowout, the dual was much closer than that. Maryland had close calls with Cray, Spadafora, Sandoval and at the end, 157-pounder Jahi Jones, who was locked up in a battle with Eric Barone.

Barone built up a 3-1 lead, which Jones tied on a takedown. Time wound down in the dual and Jones eventually gave way as Barone took a 4-3 lead.

He needed a takedown to take the bout and give Maryland another win, but it wasn’t enough for the redshirt senior, who lost 4-3. His was the last competitive matchup of the dual as Kyle Cochran won via forfeit.

“Every week’s new competition so I’m excited to showcase my skills against new guys and see if I can knock off the ranked guy or just get a win,” Cochran said. “It’s pretty frustrating working up a whole week preparing for a certain match and especially getting warmed up here, cutting weight and then not being able to wrestle the match.”

Maryland will have another week of practice before its next dual against No. 22 Northwestern on the main floor of Xfinity Center for the annual Beauty and the Beast event with Maryland gymnastics.