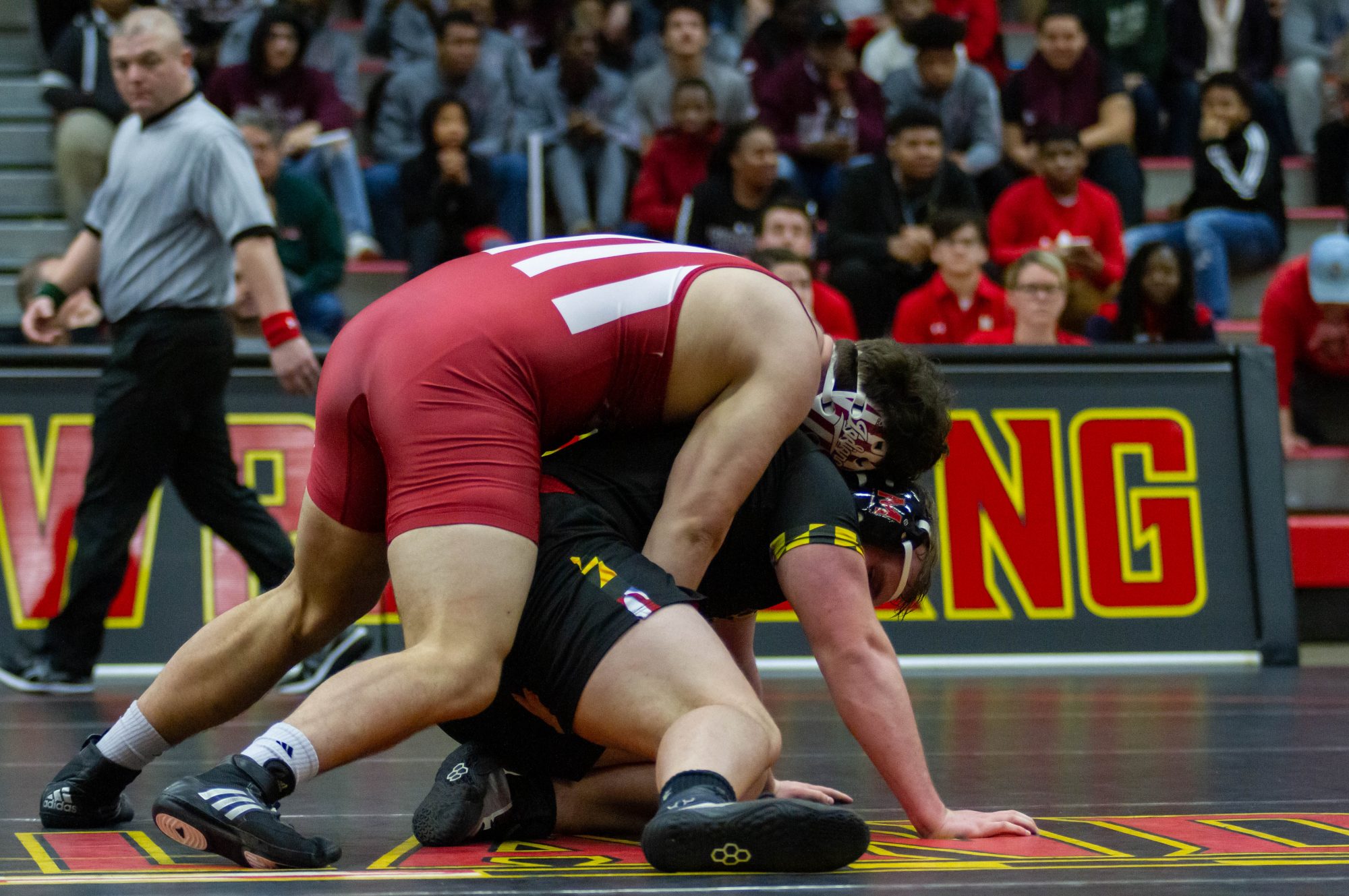 In a season full of lows, Maryland wrestling’s 2018-19 campaign ended on a high — All-American heavyweight Youssif Hemida finished sixth at the NCAA Championships.

Hemida was the bright spot in a program that has struggled mightily since taking the plunge into the Big Ten in 2014. His departure, along with head coach Kerry McCoy’s, signaled a change in the program.

That also meant a shake-up in the lineup, with redshirt freshman Parker Robinson taking Hemida’s spot as Maryland’s heavyweight starter. And while results have been poor, the redshirt freshman has taken his struggles in stride, focusing instead on personal growth.

“He’s just a young kid,” coach Alex Clemsen said. “He’s got a tough road. Everyone has. The conference is brutal, but this is what you sign up for.”

Robinson spent much of his redshirt season learning off of Hemida — from his routine to his pre-match gameplan.

“[Hemida] definitely helped me out a lot and showed me what heavyweights do,” Robinson said. “He helped me out game-planning for matches. It was good for me and they showed me around as much as they could.”

And while Robinson absorbed Hemida’s position on the mat, he shies away from the expectations that come with replacing such a talented presence in the lineup.

“After the first couple of matches, I just realized that I’m not Youssif,” Robinson said. “I wanna be better than Youssif, I wanna be the best I can be and wrestle the way I wanna wrestle. That’s why I don’t look up to him as much because I’m just trying to be myself.”

Despite his best efforts, though, the daunting strength of the Big Ten has taken its toll. Robinson has lost 18 of his 19 matches, including a 0-7 record in conference duals.

Records aside, though, Clemsen has seen growth in the young wrestler from when he first came to College Park.

“He’s been really mature. He hasn’t gotten down on himself. He doesn’t beat himself up,” Clemsen said. “One time, he got a little flustered with himself, but he dug himself out of his hole pretty quickly … Part of it’s not his fault. He just needs some time.”

Clemsen has continued to put faith in Robinson, giving the 285-pounder the opportunity to secure Maryland’s second-ever Big Ten victory on Jan. 26 against Indiana.

He came up short, losing an 8-3 decision to Rudy Streck, and Maryland lost the dual 19-16. But the nature of the defeat has served as motivation for Robinson as the season nears its conclusion.

“I think that was my wake-up call for me because it wasn’t like a blowout loss,” Robinson said. “I was close. I could’ve done these things in order to win. I think it’s even more motivation because I had my chance, my opportunity to win and I didn’t take it.”

On the technical side, Robinson has struggled with hand fighting, oftentimes wearing himself out just a few minutes into his bouts.

But after spending the 2018-19 season as Hemida’s understudy, Robinson relishes the opportunity to develop — even as results routinely go against him.

“He’s gotta continue to get more out of himself and to put more in on his own and dig deep and find out who he really is,” Clemsen said. “I think he’s capable of better than what we’ve seen.”