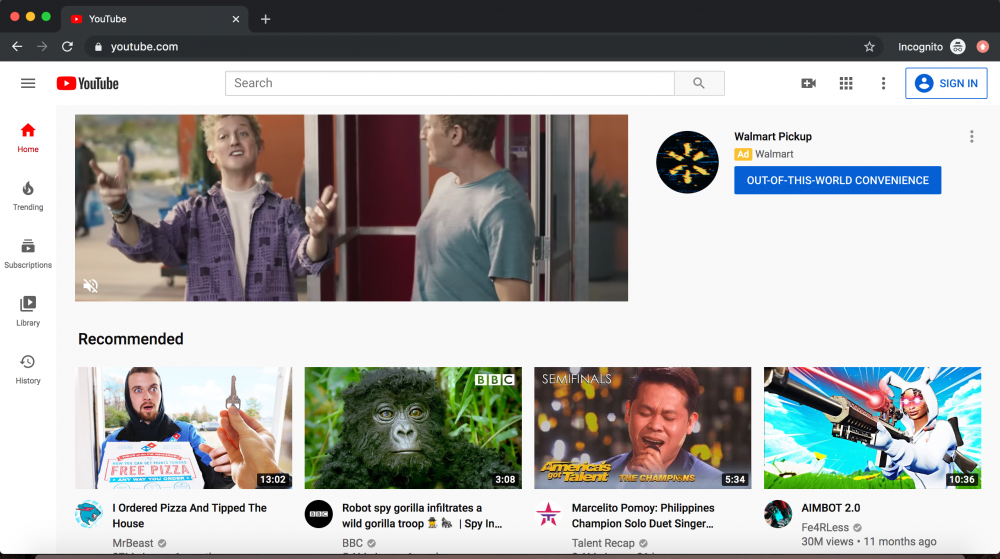 There’s nothing worse than boredom. And, with a never-ending influx of new social media content, it’s easy to get bored — I struggle to find a TV show or movie that can hold my attention. It’s sad, but it’s a reality of our time. We’re constantly saturated with content, and YouTube has become the only streaming service that caters toward this generation’s attention problems.

I gravitate toward YouTube over Netflix or Hulu — and, over the past few months, I’ve noticed my friends do too. Business Insider reported on a survey last fall showing that in 2019, teens spent 37 percent of their daily video consumption on YouTube and 35 percent on Netflix. This is the first time YouTube has taken an edge over Netflix.

Netflix is still very popular among teens, but this shift in video consumption is for good reason. YouTube has both free and premium options, unlike Netflix or Hulu. Yes, the free version has ads, but you can skip a lot of them after five seconds. The diversity and amount of content is unparalleled, from comedy to health and wellness to music videos to documentaries. And you don’t have to pay a dime.

When you start a TV series, you’re setting yourself up for hours of streaming, whereas YouTube videos are typically quick to watch, so they require little to no commitment. And, if you’re two minutes in and don’t like the video, it’s easy to click on another from the side panel of recommendations.

Series like The Tonight Show Starring Jimmy Fallon have short clips of their shows on YouTube. This is ingenious because it generates ad revenue for the show and, as a consumer, you don’t have to watch the entire show to get a giggle or two.

Most YouTubers I follow post once or twice a week. If you follow 10 to 15 YouTubers, that’s a decent number of videos. And, since YouTubers aren’t limited to a season or storyline, their videos are always new and exciting. They can create whatever they want. Some channels do have series, such as Cosmopolitan‘s “Expensive Taste Test” or Vogue’s “73 Questions,” but those feature a different celebrity or personality every time, which keeps the content fresh.

Sarah Baska, Cody Ko, Chris Klemens and David Dobrik are some of my favorite YouTubers. They are funny people, filming themselves in day-to-day life. I religiously watch their videos — more than any TV show. All of them are real people and, although they might be acting in some bits, the material is more relatable than scripted shows. Even ridiculous YouTubers like Jake Paul can be incredibly entertaining.

The shift away from traditional TV and movies is consistent with our ever-changing media landscape. Many services will need to adapt to fulfill the new generation’s needs. YouTube has excelled at this, primarily because individuals create and produce its content.

And that’s the main reason I’m drawn to YouTube: anyone can pick up a camera and start filming. You don’t need a huge budget to have a channel. Unlike multimilliondollar Netflix productions, it’s easy to get work out there, allowing anyone to have a voice. This aspect of YouTube gives people who might not otherwise have the means to generate great content a chance.

Subscribe to whichever streaming service your heart desires. However, there’s a reason more and more teens are turning away from Netflix and Hulu. And if you have yet to explore the chaotic, comical world that is YouTube, give it a try. An abundance of mukbangs and Vine compilations is waiting for you.