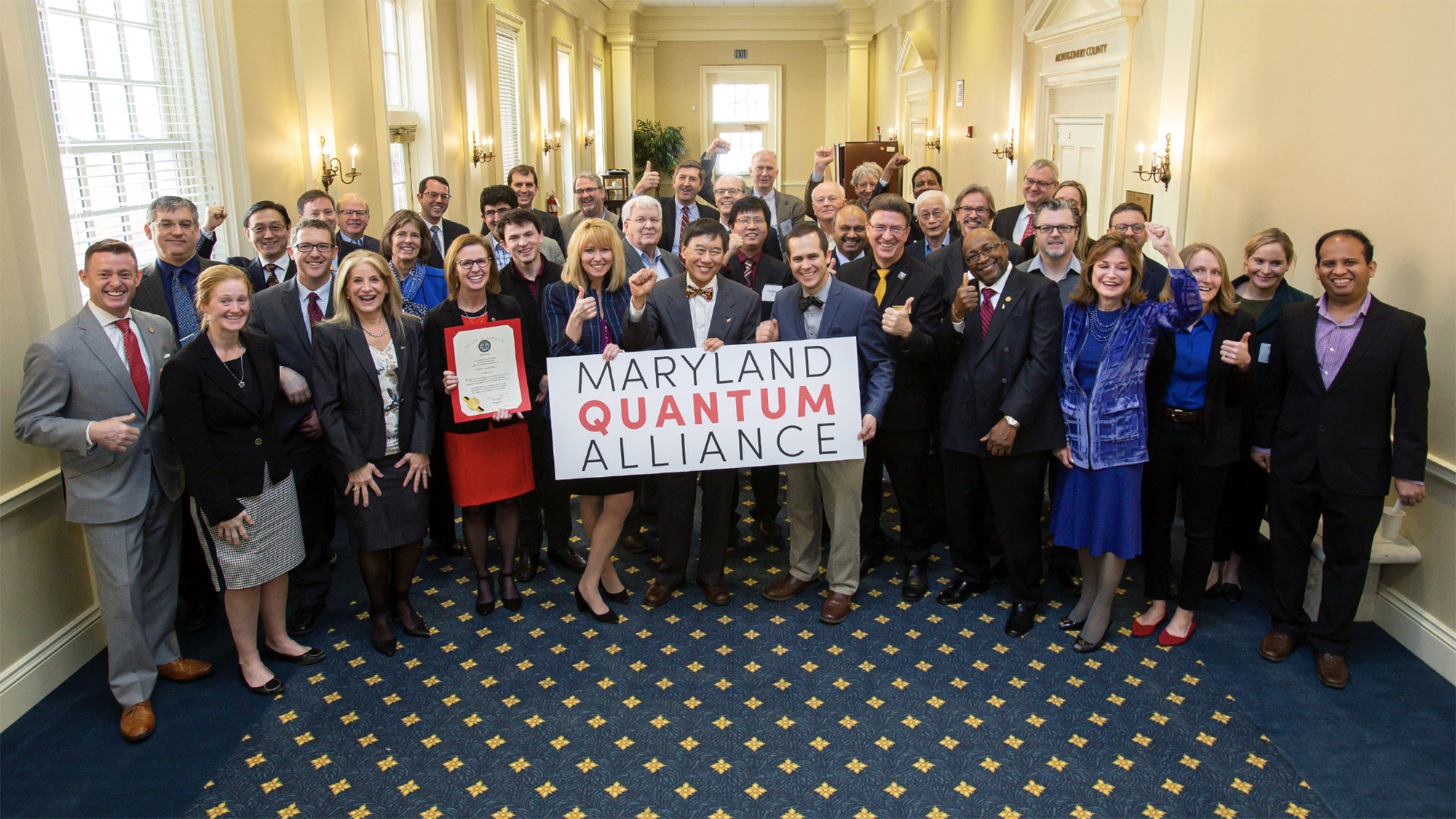 The Maryland Quantum Alliance — a University of Maryland-led consortium of scientists from local universities, companies and government labs — launched Jan. 29 at an event at the Maryland House of Delegates office building.

The alliance hopes to develop new quantum technologies, such as sensors and computers, advance the state of Maryland’s position as a quantum powerhouse, raise awareness for local and federal leaders and enhance the quantum technology workforce — an emerging field that combines physics and engineering.

The quantum computing market is expected to grow to $2.82 billion by 2023 — a 34 percent compound annual growth rate since 2018 — according to data from Market Research Future. In 2018, Congress passed the National Quantum Initiative Act, which aims to advance quantum technology nationwide.

“People think it’s going to be a big-time disrupter and a real game-changer for a lot of industries, from computing, to phones, to national security and even to biomedical diagnostics,” said Laurie Locascio, university vice president for research.

The government and industry partners will be informing the universities about what they look for in the quantum workforce, Locascio said. Small start-ups, such as College Park’s IonQ, and large companies like Google use quantum technology daily.

The alliance is made up of 13 other members, including four local universities, Johns Hopkins and George Mason universities among them. Lockheed Martin and technology consulting firm Booz Allen Hamilton are also part of the group.

This university has already taken steps to develop quantum research with its five quantum research centers, including the Joint Quantum Institute, which was launched in 2006. But this partnership allows the University of Maryland to improve its standing as one of the country’s quantum powerhouses, Locascio said.

“Putting all of these other really strong partners together, it means we can just do so much more and so much faster,” she said.

One of the challenges of the quantum workforce is incorporating the engineering aspect with the physics aspect, said Steven Rolston, who helped launch the alliance.

Rolston, the physics department chairman, added that in the past, the quantum workforce has “lived within the domain of physics,” so the alliance will seek to conduct research and educate others about the engineering aspect.

“The idea of this alliance is to bring together corporations who can tell us what they need on the engineering side with universities and federal labs, who kind of drive the physics side,” Rolston said.

For Booz Allen Hamilton, a partner-company that focuses on new technologies, the alliance is “essential for a healthy quantum workforce,” JD Dulny, the firm’s representative in the alliance, wrote in an email.

“The more our organizations communicate, the better we can work together to get the right people matched to the right jobs and ultimately transition quantum talent and technologies in the most impactful way possible,” Dulny wrote.

State Del. Patrick Young (D-Baltimore County) introduced a resolution acknowledging the alliance on the House floor, and he said he received widespread enthusiasm. He also thought of hosting a “Quantum Day” in Annapolis.

Senior computer science major Andrew Chalfant said that while he thinks it is important to have joint cooperation when dealing with quantum research, he believes the area is “untested.”

“We should be researching the hell out of it,” said Chalfant, a member of Sigma Phi Delta, an engineering fraternity. “It’s a pretty easy buzzword to put out there saying, ‘Oh, come to our school, you can do quantum research.’ I think in reality, you’re not gonna see a lot of the effects of that for 15, 20 years.”

The team behind the alliance, which includes Rolston and Locascio, found all of their partners within the last few months — a growth that has “pleasantly surprised” Rolston. Locascio added that it is likely there will be more partners in the future

“People are hungry to work together to try to build this for the state of Maryland and for the region,” she said. “We were really thrilled.”