UMD is investing millions in a new Quantum Technology Center 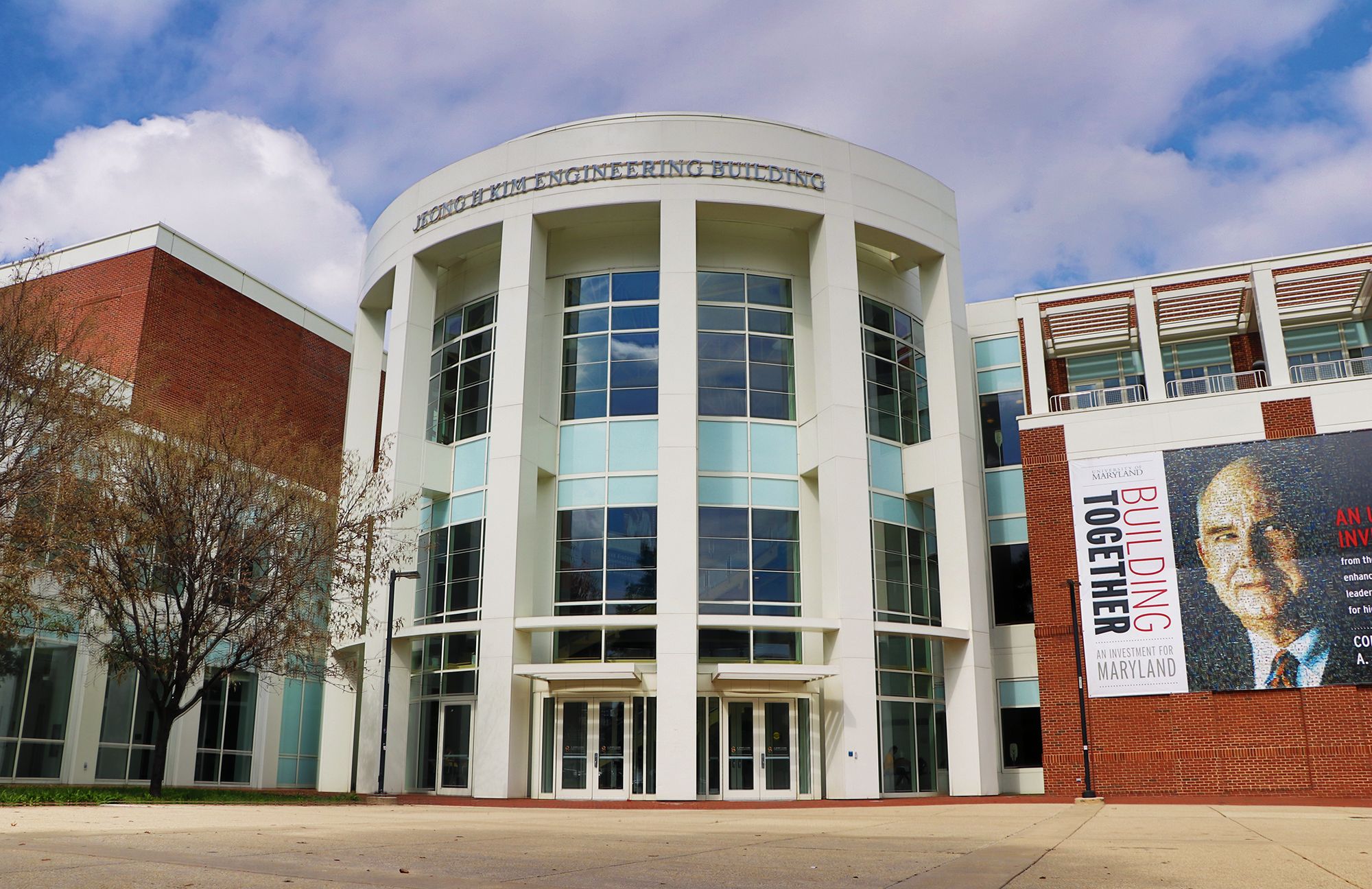 The Jeong H. Kim Engineering building, where some of the lab space for the Quantum Center will be located. (Julia Nikhinson/The Diamondback)

The University of Maryland is investing several million dollars in a new Quantum Technology Center, where faculty and students will research quantum physics with the goal of producing real-world technologies and start-ups.

The study of quantum physics — fundamental laws that govern small matter, such as atoms and subatomic particles — has resulted in a variety of technologies, said Ronald Walsworth, the new center’s director.

What began with magnets and electricity progressed to the development of lasers and the MRI in the late 20th century — and now, the study of physics has opened up opportunities to work on creating products such as quantum computers, or an MRI-like sensor that would work on an intracellular level.

“We can hopefully provide students with opportunities to be involved at the cutting edge of not just learning about quantum sciences and what the technologies might do, but playing a key role in developing them,” Walsworth said.

The quantum center is a collaboration between the physics and electrical and computer engineering departments and will have lab space in the Physical Sciences Complex, the Kim Engineering building and the IDEA Factory.

This university’s money will go toward hiring new faculty, allocating lab space and buying equipment, said Amitabh Varshney, dean of the computer, mathematical and natural sciences college. While this university already ranks nationally in the field of quantum physics, he believes the new tech center aims to solidify its presence. An exact dollar amount has not been specified, according to college spokesperson Abby Robinson.

“We’ve been very fortunate in having a leadership role where we got out ahead of the country and ahead of the world,” Varshney said. “We can have an impact right now.”

And, while its still in its early phases, Walsworth hopes to develop partnerships for the center over the next year, with the first start-ups developing in 2020-21 academic year.

This university is following the lead of similar centers established at other universities, such as the University of Chicago and Purdue University. Its announcement also comes on the heels of the National Quantum Initiative Act — a bill President Trump signed off on in December that provides a plan for supporting the advancement of quantum technology.

[Read more: The University of Maryland is getting a new $50 million engineering building]

University of Maryland physics professor Chris Monroe advocated for the legislation in Washington, D.C., in 2017.

“This new technology, it’s so confounding that there is not much knowledge of it in conventional industry or engineering curricula, even at universities,” said Monroe, who co-founded IonQ, a quantum computing start-up. “We don’t even really know the full range of opportunities here.”

Sophomore Nicole Lenhoff says she thinks many students will be interested in exploring the opportunities the center will provide. An electrical engineering major, Lenhoff also works for the Maryland Center for Women in Computing and sees the value in understanding overlapping fields.

“It shows that they do care about the department and want to create opportunities for the school and their students,” Lenhoff said. “I know a lot of people who are interested in doing projects like that — really hands on, getting involved in learning something specific.”

Freshman computer science major Ines Donfack was also excited about the center. The initiative reminds her of why she chose this university, and she’s interested in getting involved, she said.

But sophomore aerospace engineering major Daniel Ficca is more skeptical. While he’s sure other students may find it interesting, he suspects the center may run into trouble recruiting students like him who don’t work specifically with quantum physics. Ficca’s also less than optimistic about whether the center will be able to deliver on its promises.

[Read more: Quantum computers aren’t practical yet — but this UMD-led team wants to change that]

“The university does make a lot of bigger claims and kind of tries to show off when, in fact, if you look at the nitty gritty, it’s not doing what it says it’s doing,” Ficca said. “I feel as though sometimes the business aspect of running this campus sometimes interferes with the education aspect.”

Varshney conceded that the center may be more beneficial for future students than current ones. But he urged students to take advantage of the new professors that are already on campus.

“A lot of these technologies like quantum and quantum computing, they take a lot of effort,” Varshney said. “It takes a while to bring up these really high-end, high-precision facilities online. So some of this, of course, would have to be for future generations of students.”

CORRECTION: A previous version of this story stated that the university is investing $7 million in the Quantum Technology Center. An exact figure has not been specified, but the university will invest several million dollars. This story has been updated.