Alex Len traded from the Atlanta Hawks to the Sacramento Kings 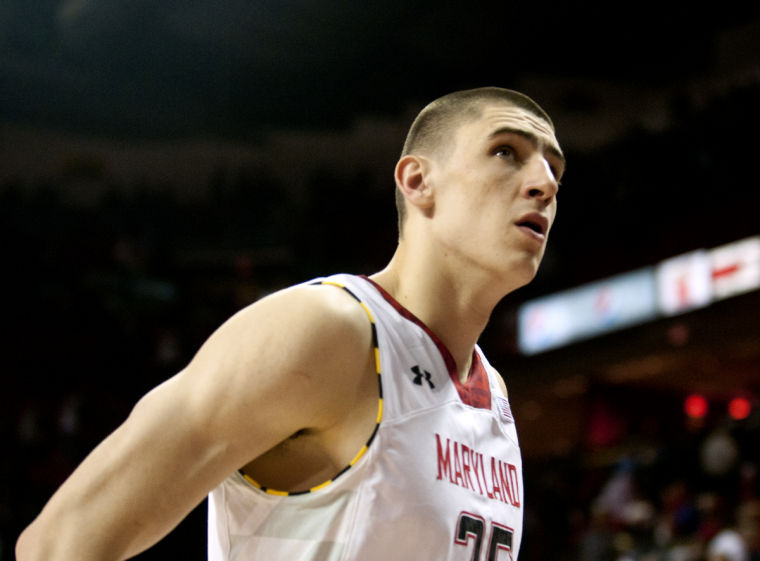 Center Alex Len walks off the court after the Terps 79-68 to the North Carolina Tar Heels.

The trio of former Maryland Terrapins on the Atlanta Hawks has been broken up.

Former Maryland center Alex Len will be onto his third NBA team in six NBA seasons following a trade from the Hawks. Len was traded alongside forward Jabari Parker to the Sacramento Kings in exchange for Dewayne Dedmon and draft picks, according to multiple reports.

Sacrameto is trading Dewayne Dedmon to Atlanta for Jabari Parker and Alex Len, sources tell @ZachLowe_NBA and me. Atlanta also gets two second round picks.

Len has averaged 8.7 points, 5.8 rebounds and 1.1 assists per game this season in 40 games for the Hawks. Len, who began the season as a starter before moving back into a bench role, has missed the past six games with a hip injury.

Len served as the backup to Dedmon in Atlanta last season and averaged slightly more than 11 points per game while posting career-high three-point shooting numbers.

The Hawks, who sit with a 14-38 record, still have two former Terps in Kevin Huerter and Bruno Fernando on roster. With Len’s departure, it is likely that Fernando could see more playing time, but he will likely still be behind the Hawks new additions in Clint Capela and Dedmon.

Len averaged 9.7 points and 7.0 rebounds per game in his two years at Maryland before he was drafted fifth overall by the Phoenix Suns in 2013.

Len will likely serve as the Kings’ backup center behind Richaun Holmes. He will also become an unrestricted free agent this offseason.