Review: A jet-lagged Metronomy hypnotized crowds at the 9:30 Club 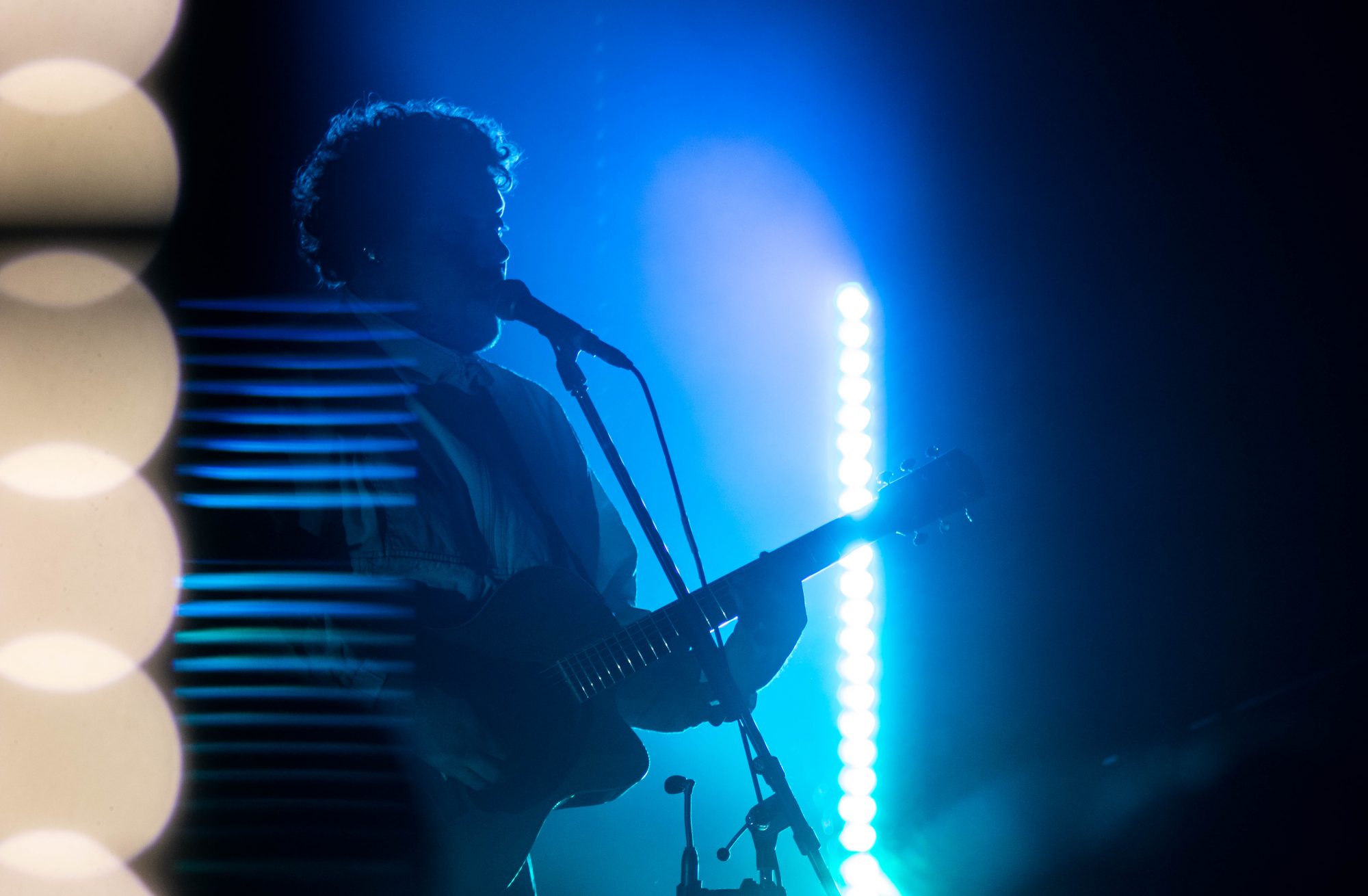 Joseph Mount, the founder of Metronomy, performs on the stage of the 9:30 Club in Washington, D.C. on Jan. 31, 2020. (Julia Nikhinson/The Diamondback)

As someone who was up since 7:30 a.m. and had just completed her first week back to school, I wasn’t ecstatic when I realized Metronomy wouldn’t be onstage until 11:30 p.m. last Friday.

But then, after two spirited songs, Joe Mount, frontman of the UK-based band, revealed to the crowd that they, too, were tired! The band’s concert at the 9:30 Club was their first show on their U.S. tour, so jet lag was still a major concern.

Mount asked if any of us had ever woken up at 5 a.m. and launched straight into performing a show. I have not, but apparently it’s “weird as fuck.” And I’m not going to lie to you, the concert was a bit weird.

Metronomy’s music is not exactly relaxing, especially when performed live, but there is a hypnotic element to their rhythmic electronic pop. Though not low-energy, the band did exude a level of chill that felt easy to match. And their simple set — a fabric backdrop and some colorful light strips — and frequent instrumental breaks made it easy for me to zone out and simply *vibe.*

Several moments, however, did break me out of my reverie. At one point, I got on my tiptoes to peer over the shoulder of the 6-foot man in front of me and realized three-fifths of the band had left the stage — the only people left were the two keyboardists and, carried by robotic platforms, they were slowly meeting in the middle of the stage. What came next was a strangely captivating duelling keyboard performance of their instrumental track “Boy Racers.”

[Read more: Review: Kesha’s ‘High Road’ is going to get me through the year]

In another compelling moment, all five band members raised their hands and heads to the sky and vocalized into the ceiling — their haunting harmonies, combined with their all-white, astronaut-esque outfits, had me convinced I was about to be abducted by aliens. But what came next, a version of their hit “Salted Caramel Ice Cream,” brought me back down to Earth.

In their 21 years, Metronomy has amassed quite a discography, and while this concert highlighted their newest album, Metronomy Forever, they still took the opportunity to play some of their bigger hits like “The Look” and “The Bay” — two of my favorites off 2011’s The English Riviera.

Mount broke from his zen performer-mode several times to banter with the audience, joking about everything from the sarcastic slant of British accents to the fact that he needed to take a break to catch his breath.

After thanking the audience for being willing to come out to the late show, the band launched into the end of their set with “Sex Emoji.” It was one of their most energetic renditions, complete with flashing yellow beams of light, a distinct change from the calm blues and purples of the rest of the night.

Ending on such a banger was a good strategic move. Though we aIl left the venue so late we outlasted the Metro, “Sex Emoji” left me energized enough to get through my Lyft ride home. And, when I finally got into bed, I turned on some Metronomy to lull me to sleep.