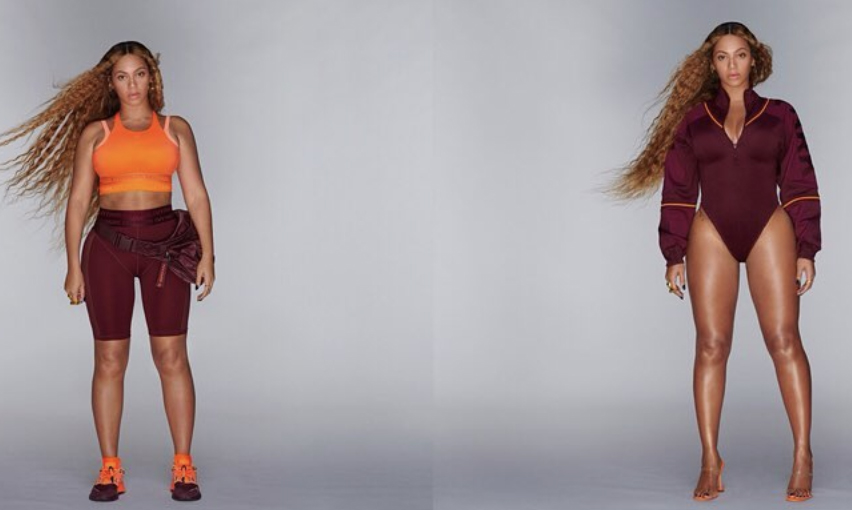 Beyoncé's collaboration with Adidas has been called reminiscent of Popeyes uniforms. (Photo via Instagram)

Beyoncé has long been the ruler of everything entertainment, reaching far beyond her legendary career as a singer-songwriter. In 2016, she decided to grace us commoners with her own clothing line, IVY PARK.

The simple-yet-trendy athleisure ran out of stock within minutes, and her newest release was no exception. The Adidas x IVY PARK collaboration dropped weeks ago and, unsurprisingly, sold out fast.

Fans went into panic mode when the limited edition collection dropped a day earlier than expected. Beyoncé’s fans took to social media to express their disappointment over missing the chance to snag some of the items. But now, these fans may not be entirely at a loss.

Popeyes is here to save the Beyhive.

[Read more: Here are five dating apps you should swipe right on]

The brand dropped clothing merchandise this past week that looks a lot like Beyoncé’s. The line — called “That Look From Popeyes”— erupted on social media, with Beyoncé’s fans and others sounding off about the unexpected merch.

Popeyes is no stranger to Twitter fame. Their world-changing chicken sandwich fueled a crazed rivalry with Chick-fil-A that has yet to let up. “That Look From Popeyes” isn’t their first foray into clothing design either; they released an ugly sweater last December that alluded to the sandwich “controversy.”

Popeyes isn’t the first account to notice how similar the Adidas x IVY PARK pieces are to its uniform — fans were already cracking jokes about the similarities before this homage was released. The collaboration’s maroon and orange color scheme is ridiculously similar to Popeyes, and the company saw this coincidence as an opportunity to provide a replacement option for those who missed out on the original drop. With a bit of finesse, the line’s minimum wage-chic pieces could work. And, with an almost fully sold-out catalog, it is.

Despite the potential upset on Adidas and Beyoncé’s side, Popeyes looks like it will be safe from any legal trouble. All of its proceeds have been donated to the company’s foundation, which has softened the blow.

Companies in the food industry and beyond have begun to establish stronger “brands” on social media over the past couple of years. Their increased focus on relatability and “meme-able” content has definitely made it more entertaining to follow almost any company with a blue checkmark on Twitter. Popeyes has capitalized on that perfectly and, hopefully, started a trend of more clothing lines to come. Who wouldn’t want a closet filled with clothing inspired by McDonald’s and Burger King?