Review: BoJack Horseman’s final episodes leave us a poetic note about the meaning of life 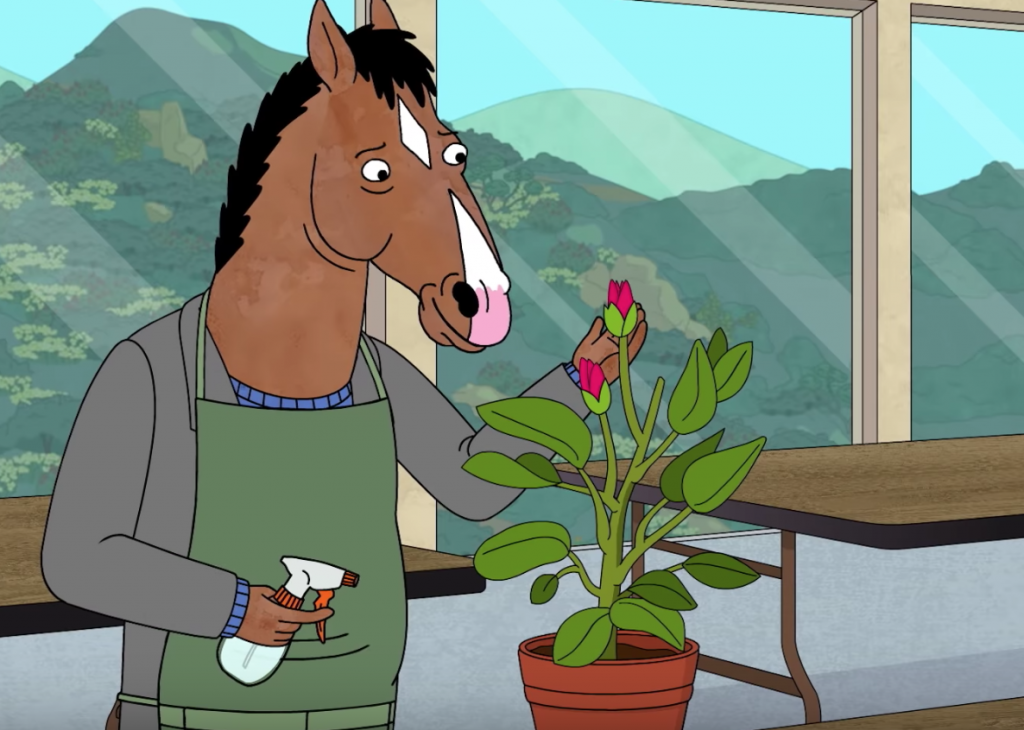 Bojack Horseman has just finished its sixth season on Netflix. (Photo via YouTube)

When we left BoJack Horseman at the first half of season six, he was on a path to redemption. He gets clean after a lot of rehab, makes his rounds of apologies and starts as a professor at Wesleyan University. But there remained the potential of BoJack’s past coming to light, personified by two old-timey-accented journalists.

So when the second half of season six opens, you expect to see BoJack panicking, panting (presumably from running away from his inevitably miserable life) or calling Diane. But instead, we pick up right where we left off with BoJack as an acting professor, gaining purpose from helping his students, which is a perplexing feeling for an avid watcher of this show. BoJack? Doing well? This can’t be right.

The first three episodes of the second half (9, 10, and 11) felt disjointed. Bouncing from BoJack’s new life at college to Diane’s writing struggles in Chicago to Mr. Peanutbutter’s broken relationship — all while following the reporters attempting to uncover BoJack’s past with Sarah Lynn and Penny — was taxing. It was almost impossible to see what the “thesis statement” of these episodes would be. I found myself focusing more on putting the pieces of the puzzle together than I was on the actual content in front of me.

The next episodes bring us back to  classic BoJack. As soon as things start to go south for his reputation, he gets drunk, takes pills and makes (bad) excuses for every decision he’s ever made before finally passing out in a swimming pool. We had watched BoJack make so much progress, just to witness him crumble with each narcissistic, self-loathing swig of vodka.

The most creative episode was the penultimate, “The View from Halfway Down.” In a recurring dream — that BoJack suddenly has trouble waking up from — he faces all the deceased characters he’s known in his life. His mother, his uncle, Herb Kazzaz, Secretariat, Corduroy Jackson-Jackson, Sarah Lynn and even Zach Braff all join BoJack for dinner and a show.

Here, Secretariat recites a poem with the same title as the episode. While it sounds like a middle school homework assignment, the poem is definitely more existential. Secretariat now knows that however awful his life was before, it is far, far shittier to be dead — a realization BoJack has while his own death draws nearer. This episode is frightening. It reminds us all that this life is all we have and everything we do matters so much — yet, as the dinner guests remind us, nothing at all.

What was most interesting about this half of the final season was the mundanity of it all. This is a show known for Todd’s crazy shenanigans, Princess Carolyn’s busy-bee lifestyle, Mr. Peanutbutter’s increasing fame and of course BoJack’s blacked-out, attention-drawing mistakes. But these episodes illuminated that, for the other characters, life without BoJack is much easier, and life for BoJack is always going to be difficult — filled with choices that have consistently hurt others.

What was originally a disjointed storyline, with Diane being in Chicago and everyone else still in Los Angeles, came to an “Aha!” moment close in the final episode. When BoJack and Diane meet atop a roof, Diane fully comes to terms with BoJack’s role in her life. She understands that his toxicity is not something she has to endure, and moving forward with new people in her life is all she can do to stay happy.

[Read more: Review: Kesha’s ‘High Road’ is going to get me through the year]

The ending was nothing special. It actually comes to a rolling and slow stop as BoJack and Diane sit quietly and awkwardly on the roof.

But that seemed to be the point. Life moves on. There is no special ending because there aren’t special endings in life – or, at least, you don’t realize them in the moment that they’re happening. The contrast between Diane and BoJack’s new lives couldn’t have been more clear in some of the final pieces of dialogue, which are too good not to share.

BoJack says, “Well, what are you gonna do? Life’s a bitch, and then you die, right?” to which Diane rebutts, “Sometimes. Sometimes life’s a bitch and then you keep living.” The entire series was meant to show the growth between BoJack and Diane, juxtaposing the two kinds of people in the world: those who see the glass as half full and those who see it as half empty.