Review: Netflix’s “The Circle” is absurd, yet profoundly awesome 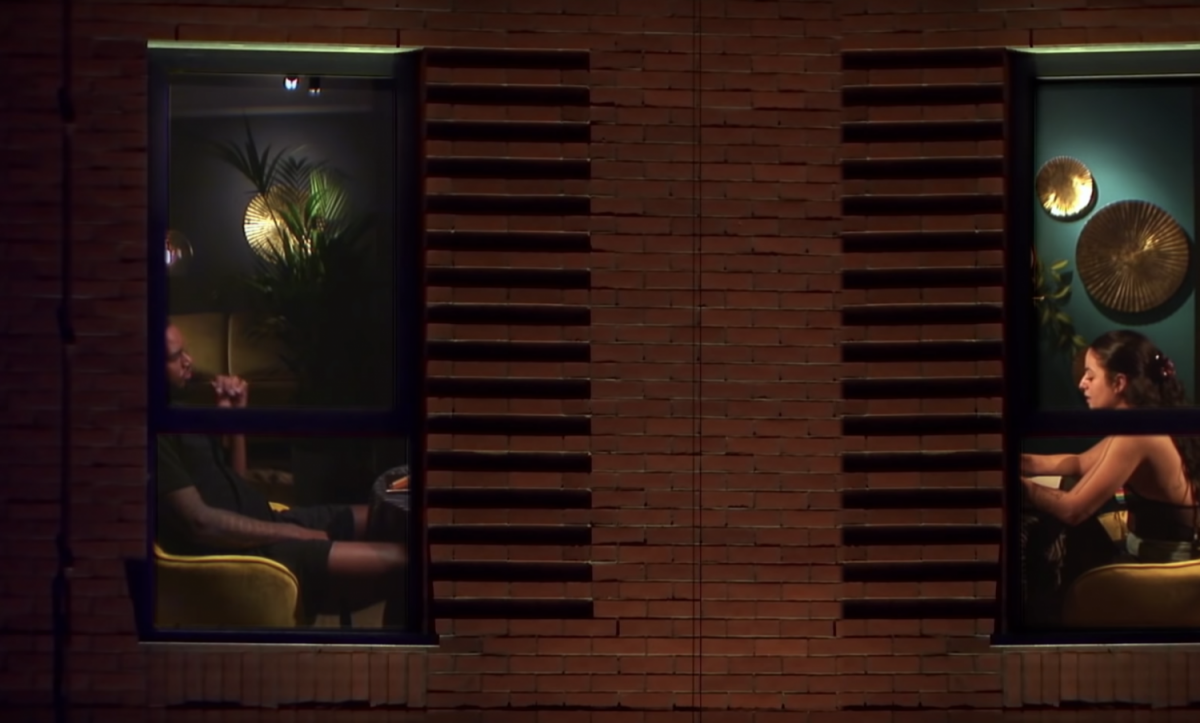 It’s been a week since Netflix released the last batch of The Circle episodes, and I’ve needed every single second since to process it all.

The Circle has a ridiculous premise. The players each get an apartment in a big building and have to compete against each other to win $100,000. The catch is that they’re not allowed to interact with each other in person. Instead, the only contact they have is via The Circle, a voice-activated social media platform hosted on the giant TVs situated around their apartments.

Hidden by a curated online persona, players can be whoever they want to be. They can be themselves, like Joey, a De Niro-esque twenty-something, or they can decide to be a catfish, like Seaburn, who uses his IRL girlfriend’s name and pictures. Whoever they decide to be, the goal is to “make friends and gain influence.” (And no, I have no idea if this is a nod to Dale Carnegie’s How to Win Friends and Influence People or just a weak play on the term “influencer.”)

Like most reality shows, The Circle is essentially a popularity contest. But in this case, it’s explicitly a popularity contest. At various points, all players rate the others from most to least favorite. Those ratings are used to determine the top two players, who then become “Influencers” and work together to pick the person who will be “Blocked” — eliminated from the show.

So, for 12 golden episodes, we get to watch people yell at The Circle (“Circle, message!”) and work through their every move out loud. Seeing the often unspoken rules of social media play out in real time, as people compose and re-compose messages and pick and re-pick profile pictures, is weirdly fascinating. And the casting is fantastic: Most players are genuinely charismatic, and it’s delightful to watch them talk to themselves.

[Read more: Review: RuPaul’s ‘AJ and the Queen’ is hard to commit to]

There’s no real rhyme or reason to The Circle. Released in waves of four episodes, there’s no consistent game structure. People are culled at the beginning of an episode, the end, the middle, or not at all. Sometimes there is an end-of-episode cliffhanger. Sometimes there isn’t. The only consistency is chaos (and good editing), which makes for great television.

However, I’m not entirely sure I understand the motivation behind it all. In some moments, it seems intended to be a critique of the evils of social media. I’ve never seen Black Mirror, but the date between Adam (a catfish) and Rebecca (also a catfish), where they’re sitting across from each other, separated only by a wall, two TVs and each others’ duplicity, seems like the perfect premise.

But overall, the show fails to convince me that social media is this generation’s “bubonic plague,” as it’s put by Shubham, the sweet, nerdy player who loathes social media.

Yes, it does bring up some of the classic social media problems: people are quickly and harshly judged on just a few pictures; people feel pressured to look and act a certain way; people use the anonymity of social media to express their cruelest thoughts; people popular on the internet become all-powerful and call the shots for the rest of us.

But The Circle, in all its chaos, somehow also solves these problems.

You get to see Shubham, affectionately dubbed “Shooby” by his adoring co-players, flourish in the game despite his total flouting of typical social media etiquette. And when he gets four likes on his status you can literally see the serotonin hit him.

You get to see the plus-sized social media manager, who comes in using her more “conventionally attractive” acquaintance’s pictures, decide to come clean to her newfound friends and use her real pictures. And while I do kind of suspect that was a strategic move, in the end that doesn’t matter — it’s the total support the other players show her that does.

And you get to see the contestants really open up to each other. In the same way the anonymity of social media emboldens people to be mean, it also lets them be much more vulnerable much quicker. They share insecurities and childhood trauma, creating some tender moments.

Amazingly, though, there’s no Stanford Prison experiment effect — the Influencers don’t get power drunk, and they don’t take their jobs of Blocking someone lightly. Though some decisions are easier than others, “influencers” show no obvious glee in getting to kick someone off.

While some of the most hilarious moments of the show — such as Joey frosting a five-layer cake with his bare hands and absolutely wrecking his kitchen in the process — come from the random challenges they have to complete, some of the most salient come when contestants finally get to meet each other.

Frank conversations about the authenticity of social media, the motivation behind catfishing and the philosophy of being popular online take up the brunt of these face-to-face encounters, and you can tell few players leave The Circle with the same worldview they went in with.

The Circle is decidedly absurd, there’s no debate there. But hidden within the absurdity of it all is a surprisingly wholesome and philosophical look at what it means to make friends online.