Review: ‘Star Wars: The Rise of Skywalker’ is a nostalgic, unsatisfying end of an era 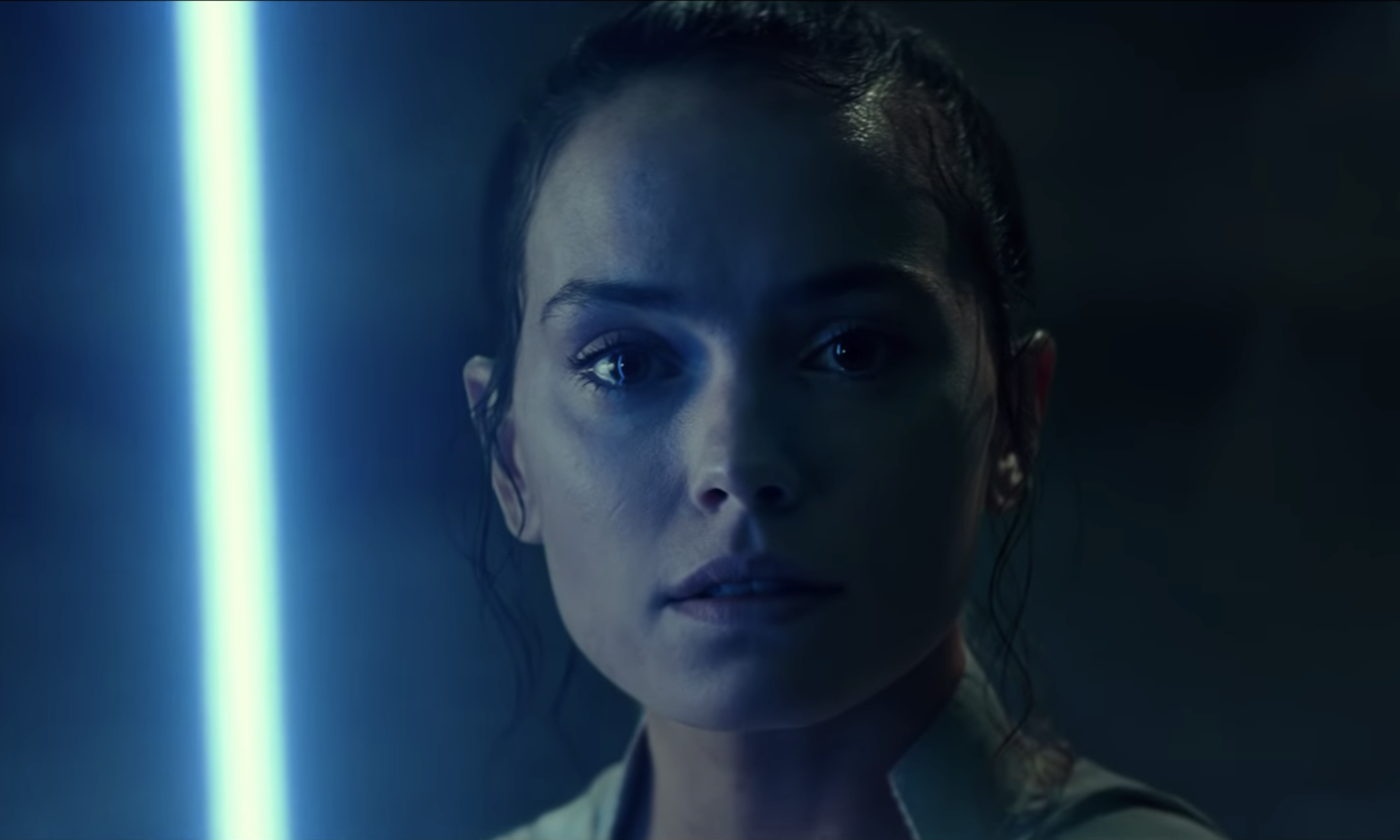 'Star Wars: The Rise of Skywalker' marks the end of the nine-film saga. (Photo via YouTube.)

Star Wars: The Rise of Skywalker brings the nine-film saga to a nostalgic, bittersweet and, somehow, slightly unsatisfying, close. Before you start saying, “I find your lack of faith disturbing,” I’ll start with what the movie did well. But be warned that I can’t promise a spoiler-free review from here on out.

I will go out on a limb and say that this finale definitely redeemed Star Wars: The Force Awakens, most of which I have blocked out. While the reappearance of beloved characters such as Han Solo and force projection Luke Skywalker felt a little forced (haha), it was necessary to help stitch up some of the disaster that was The Last Jedi.

Using Leia Organa as a mentor in Rey’s life was a good decision, justifying the CGI of our dear Carrie Fisher. But, while the salvaged footage was well-placed, I had a hard time with the dialogue they chose to give her. Overall though, her presence made sense, and we got to see two strong women work together to save the universe as Leia stepped in to finish what Luke started.

Her lightsaber was an especially interesting touch, as we learned that she had begun training to become a Jedi, which I found slightly confusing, as Leia always knew she had it bad for Han (a type of relationship the Jedi Code prohibits). It makes you wonder whether she ever truly intended to become one. The whole “no love or emotional attachment” thing is around for a reason — the Skywalkers and babies just don’t seem to have a good track record.

Speaking of which, the awkward — and possibly incestuous — tension between Kylo Ren and Rey is finally over! Let me tell you, I was the only one cheering in the theater when they finally kissed, but I was just so happy that it was over with, one way or another. No more forlorn pining, playing hard to get and love-me-love-me-not/kill-me-kill-me-not angst.

It was like finally scratching a very, very annoying four-year-long itch, so to the full theater at Harkins Ciné Capri on opening night: I stand by my applause, thank you very much.

While some critics have argued their relationship glorifies abuse and toxic relationships, I’m going to steer on the side of it not being that deep. Plus, it’s the reverse arc of Anakin and Padmé’s relationship, with the Light counteracting the Dark instead of eliciting it. Of course, Kylo Ren seems violent — he’s a Dark Jedi. But by the time they kiss, Ben Solo is back, redeemed by the heroic sacrifice of his super-sick saber and a dramatic slow-mo run through enemy territory.

A quick summary of some of the highlights: Rey getting her own lightsaber, the whole theater screaming in celebration when Hux outed himself as the Resistance spy, BB-8 getting a buddy, C-3PO still making us laugh. That’s not to mention the Palpatine reveal, some iconic lines, the hint of a Force-revival by ex-stormtroopers and, overall, how the film tied new and old together with a bright red ribbon that left die-hard fans pretty warm on the inside.

But there were definitely some drawbacks to the movie. Somewhere in between a pro and a con is the fact that Episode IX attempted to be progressive, but fell somewhat short. We got our strong leading ladies, the idea that your past doesn’t have to define you, scripting that has people of color with substantial dialogue and an eclectic friend group supporting each other through highs and lows. However, we also got a two-second LGBTQ+ kiss, the bare minimum of Rose Tico screen time and an incredibly underdeveloped storyline of our badass former stormtrooper Jannah.

And there are a lot more obvious negatives. Here’s a hot, and perhaps unpopular, take: J.J. Abrams should have let a lot more characters’ demises stick. If Avengers: Endgame could kill off as many fan favorites as it did, J.J. could’ve at least kept C-3PO’s memory wiped, left Chewie for dead, killed off at least one character we didn’t see coming and, most controversially, have Rey’s dramatic faceoff with Palpatine actually end her life.

Also, isn’t the film titled The Rise of Skywalker? Why the HECK are no Skywalkers left at the end of the film? “But Rey’s symbolic adoption of their last name!” you say — I don’t care. This is the last movie in the Skywalker saga, and you’re not going to take a single risk except for a five-second kiss between two characters people thought might be related? Okay. Have Ben die right after he turns to the Light side instead of having to clean up all the damage he caused throughout the universe, that’s fine.

I also felt cheated by what we were given of Poe Dameron’s dark, mysterious backstory and how quickly Rey moved past Finn’s “I need to tell you something.” Not to mention the lack of R2-D2 screen time. Maybe if Abrams had shaved off three seconds from every time Rey stared dramatically into the distance — pondering something complex that we can’t quite understand, except that we can because it’s really quite simple — we would’ve had more time for character development.

Rewriting of the movie aside, Rise of Skywalker delivered on tying up the nine-film story and I did shed a tear or two, which is hard to do. I feel like I have to give the film four shells out of four, just because it could have been so much worse. But in all seriousness, every scene felt epic and wholly true to Star Wars. It eased our transition into the end of an era while leaving some questions unanswered, and it managed to get what felt like every song from the franchise in there.

It ended right where it all started, on the sandy plains of Tatooine that Luke called home. Rey laid her claim to it, burying Luke and Leia’s lightsabers and scouting the area to make it her own — making peace with the past, and preparing for the future, as the planet’s dual suns finally set on the Skywalkers’ legacy.