Review: ‘Cats’ doesn’t add much to the original musical 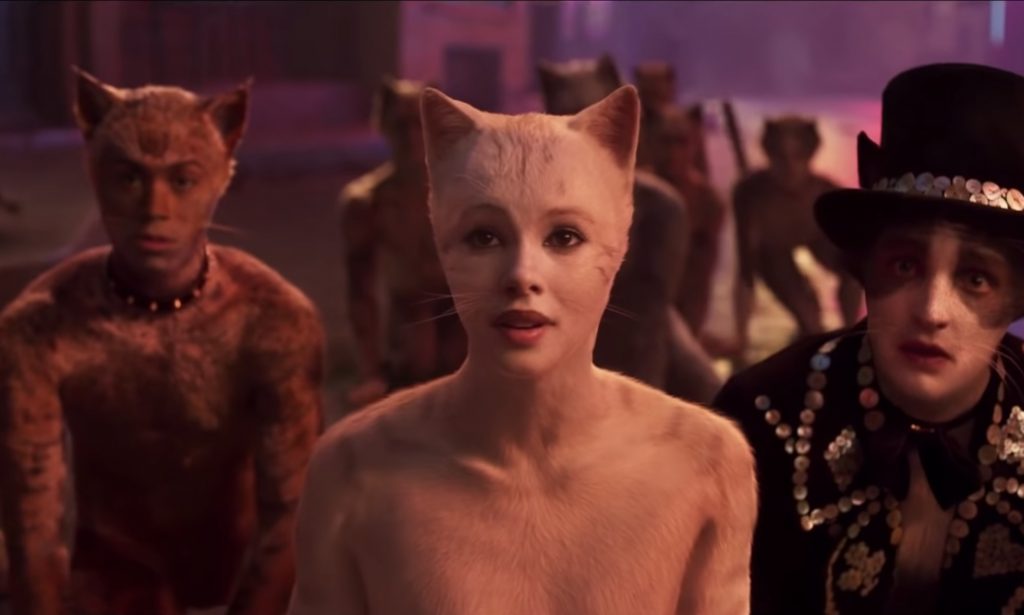 I love movie previews. They give you time to buy some popcorn, grab a soda and get excited to watch more movies later. And one of the only previews I remember watching as a kid was for the 1998 direct-to-video version of the Broadway musical Cats. Sure, it was creepy to see grown men in crazy cat costumes, but by the fifth viewing, I had made up my mind — I wanted to see Cats on Broadway.

I never did see the show on Broadway, and I had even almost forgotten it existed until last summer. But when the trailer dropped for this film version, I wasn’t as excited as I thought I would be. Instead, I reacted the exact same way everyone else did: Why?

Based on the musical written by Andrew Lloyd Webber — which in turn is based on the T.S. Eliot poem, “Old Possum’s Book of Practical Cats” — the film tells the story of Victoria (Francesca Hayward), a cat who is abandoned in an alleyway and taken in by a band of cats that refers to itself as “The Jellicle Cats.”

Victoria has arrived just in time for the Jellicle Ball, an annual event at which the Jellicle Cats choose one among them to be “reborn” and given a second chance at life. However, their efforts are thwarted by Macavity (Idris Elba), an evil cat who will do anything to be chosen for rebirth himself.

Overall, the movie left me with a generally lukewarm feeling. I didn’t hate it, but I didn’t really like it, either. Despite the creepy anthropomorphic cats and the confusing narrative, there were parts I really enjoyed. The sets were interesting, the dancing was phenomenal and the coloring was beautiful. Most notable was the “Skimbleshanks: The Railway Cat” tap dance number lead by Steven McRae and Jennifer Hudson’s incredible performance as Grizabella the Glamour Cat.

Most of the things I didn’t like had to do with the way the musical was written. The story is confusing, the songs make little sense and you could have easily taken a bathroom break any time during the first hour without missing much.

What really sets this movie apart from the 1998 version is the computer-generated effects. The actors are covered in fur and given ears, tails and whiskers that move and twitch throughout to give them a more catlike appearance.

Cats is a good example of how realistic CGI can’t make every live-action film better. I wanted desperately to grow to love it, but the slightly unnatural profile shots and the way every face seems a little too big make the film difficult to watch. There’s just something too weird about seeing Idris Elba whip off his coat to reveal a lean, bare cat body.

[Read more: Review: ‘Shooting the Mafia’ is worth watching, but not for the crime]

But changing the style of the film wouldn’t have fixed anything: A film with fully animated cats would have been too reminiscent of The Aristocats, and it would have cost the human performances that make the musical what it is.

I enjoyed Jennifer Hudson’s final rendition of “Memory,” not because she looked like a real cat, but because she put so much emotion into her performance. This adaptation didn’t have anything to add other than putting it on a big screen — and making it weirder in the process.

If you’re a big fan of the musical, the Cats movie is worth seeing in the theater. But if you’re someone like me who has never seen the musical and isn’t particularly keen on spending two hours of your Friday night being kind of confused and a little uncomfortable, this one might not be for you.