Review: ‘Shooting the Mafia’ is worth watching, but not for the crime 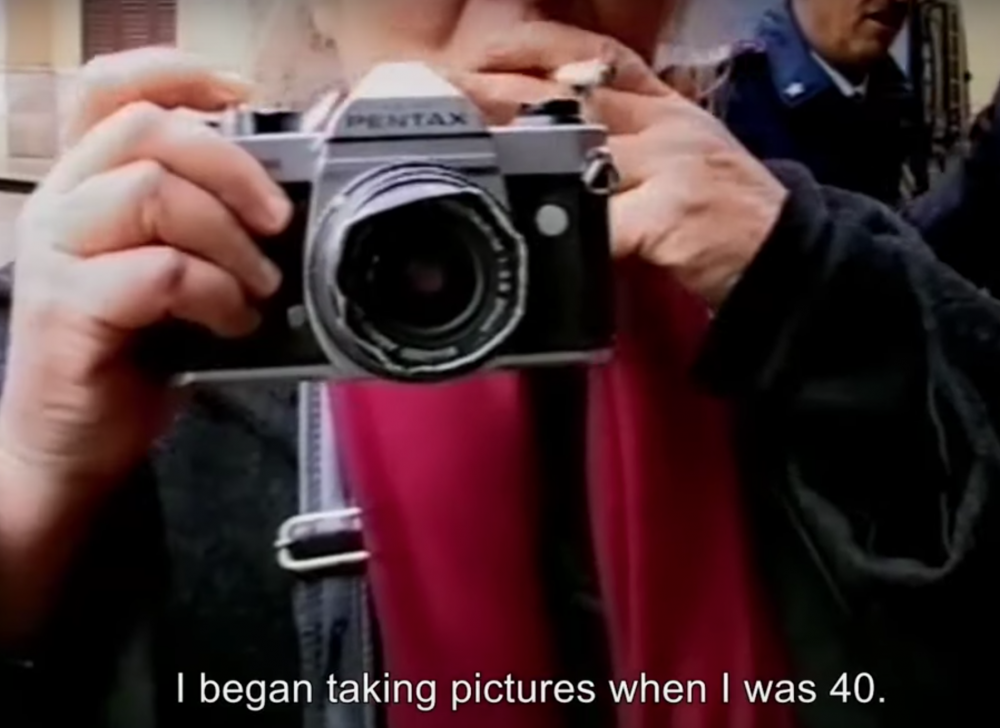 'Shooting the Mafia' is a documentary about the first female photojournalist in Italy, Letizia Battaglia. (Photo via YouTube)

Letizia Battaglia, a small Sicilian woman with bright orange hair, became the first female photojournalist to work for a daily paper in Italy. Surprisingly, she said she picked up a camera for the first time at the age of 40.

“At first, the pictures were terrible,” Battaglia said. “As they got better, I fell more in love it. I loved the way I could express myself with the camera, rather than writing. It was the start of a love story… The camera changed my life. Before that, I wasn’t a real person.”

Battaglia’s most notable photography were the photos that captured the brutal violence of the Mafia in the 1970s. Battaglia, and her work, are the focus of Kim Longinotto’s documentary Shooting the Mafia, which will be released in theaters Dec. 6.

When I first heard the summary of this movie, my interest was piqued. I think a lot of us still have a morbid fascination with the Mafia and its gross violence. Hence, The Irishman. I was hoping to learn more about the Mafia and this period in Italian history when the Mafia not only terrorized themselves internally, but also wreaked havoc on the people of Sicily.

[Read more: Everyone should know about Variety Studio’s ‘Actors on Actors’]

Unfortunately, I did not get a very good grasp of what was going on and why it was happening. Only at the end, I got to see the people of Italy rise up and protest the Mafia (yay), which caused them to withdraw slightly and overall the violence decreased. But I did not get an understanding of why there was such intense violence in the first place.

I also did not quite understand what Battaglia’s role in all of this was. Yes, she took pictures of the aftermath of Mafia violence, and they ran in the newspaper. But I think the danger associated with doing something like this was missing.

The significance of what she was doing at the time did not come across very well. Was she threatened by the Mafia for her work? Did they like or dislike her photos? I don’t know. What was it that made her photos more special than other peoples? I don’t know.

Later in the ’90s, some of her photos were used to prosecute a former Italian Prime Minister, Giulio Andreotti, as they were the only tangible evidence that showed his connections to the Mafia. What kind of effect did this have on Battaglia? I’m sure there must’ve been some people who were not happy with this and would’ve wanted revenge, but I don’t know.

The storyline for this documentary went back and forth between describing Battaglia’s romantic escapades and personal life while showing the grotesque photos of dead bodies. I can say with confidence that I think it was a good idea to focus half of the documentary on her personal life. One, because it was interesting, and two, because it offered a light-hearted distraction from the display of horrible images on screen. Thirdly, it offered insight into who she was as a person and why she was doing this.

However, this back and forth was not weaved together very well. I found myself asking “Wait, what’s going on?” multiple times throughout the film, either because I zoned out for a few seconds and missed something important, or because I just didn’t understand what was being said and how it went along with the visuals. Needless to say, this is not a good sign.

There were times when Battaglia’s descriptions were voiceover for shots of other unrelated films, which I presume were meant to be symbolic representations of what she was talking about. But I found them very confusing at times, because they weren’t easily identifiable as symbolic. This could have been due to the addition of old newscasts interwoven into the film as well, so it was hard to identify what was put in for context and what was put in for creative purposes.

I think this documentary is worth watching, but make sure you’re really paying attention when you do. Battaglia’s life story is really compelling and it’s a poignant story about a woman who sought her freedom through fearless photography. You’re not going to learn too much about the Mafia from this film, but if you’re interested in seeing some gross pictures and learning about the life of a photojournalist, then this is the movie for you.