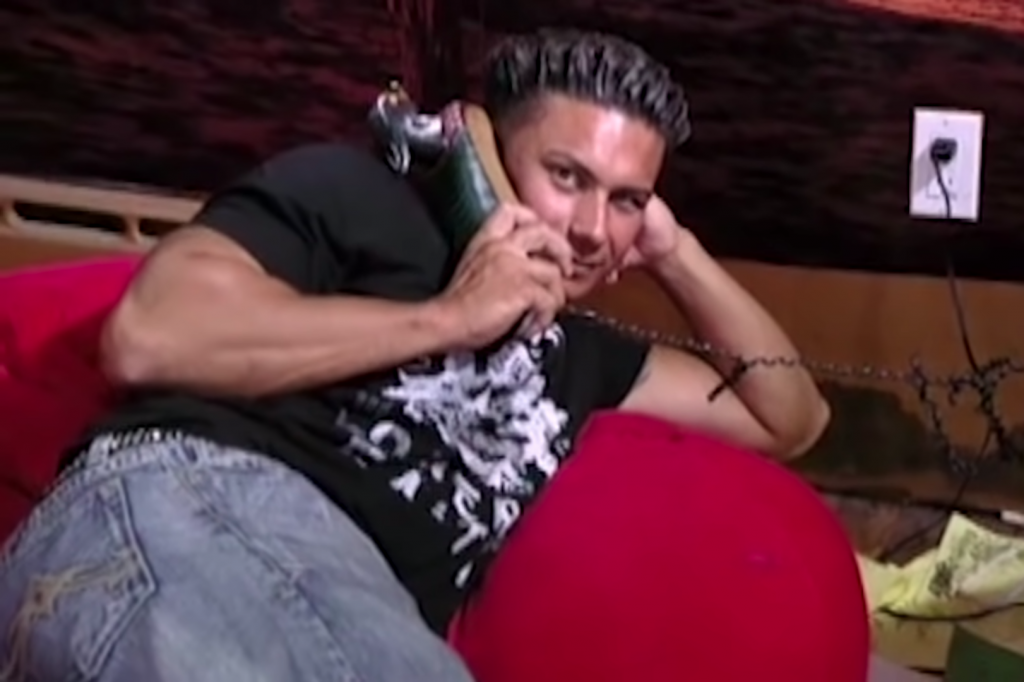 Pauly D talks on the iconic duck phone in the first season of 'Jersey Shore.' (Photo via YouTube)

As 2020 draws closer, social media is filled with posts of people comparing how they started and are ending the decade. Naturally, everyone’s lives change drastically in 10 years. This is true for even the youngest and dumbest of us. On Tuesday, MTV commemorated the day an absolutely iconic group of strangers changed the pace of reality television.

Dec. 3 marked 10 years since eight young Guidos and Guidettes spent their first summer in Seaside Heights, New Jersey. While it is hard for shows to stay relevant in such an oversaturated entertainment market, Jersey Shore has managed to remain popular. We may have moved on from the Ed Hardy and Juicy Couture that makes Jersey Shore’s earliest seasons historical artifacts, but the show continues to get attention, from reboots to memes.

By 2009, MTV consistently provided audiences with hit programming from The Real World to Laguna Beach to The Hills. However, few shows caused as much controversy as Jersey Shore did when it introduced the world to the niche culture of tanning, fist-pumping and GTL. They abandoned blondes of sunny California who typically dominated reality and created a series for the Italians of the East Coast.

Many people who grew up watching Jersey Shore antics are now the same age the cast was during their first summer down at the shore. I, only a young 10-year-old at the time, became obsessed with the show despite being way too young to understand most of it. Since my parents (Jersey Italians) were horrified by the premise, I was forced to watch every new episode on mute to avoid getting in trouble. Now, after re-watching all six seasons multiple times and simply living my life over the past 10 years, I can truly appreciate the group’s shambles.

Despite the toxic Ronnie and Sammi relationship, the often-questionable treatment of women, and constant binge drinking, Jersey Shore is so successful because it really is just a show about friendship. No matter who had thrown the first punch, every Guido was expected to make it to the table for Sunday dinner. I prefer watching their dumb family antics to gawking at the Kardashians’ wealth.

Jersey Shore’s raw stupidity continues to differentiate it from the seemingly scripted or unrealistic drama seen on shows such as The Hills or Keeping Up With The Kardashians. Especially as a college student, I cannot advise watching Jersey Shore in 2019 more. I can almost guarantee that 2010 Snooki will comfort any stressed student who thinks that their life is a mess. You probably didn’t leave the house without underwear or get arrested for public intoxication today.

It is easy to remember how their antics caused such outrage in New Jersey. Locals who wanted the group to “go back to where they came from” heckled them throughout the first season, and they got more hate later when the show sent them off for a summer in Italy. Jersey Italians in particular thought the group would ruin the state’s and culture’s reputation. Ten years later, it is difficult to imagine anyone ever watching the show and considering it an accurate portrayal of anything other than the messy lives of 20-something partiers.

Sadly though, 2019 proves the “meatball days” and “Sunday fundays” are over. The cast fully acts like functioning members of society now. More than half of them are parents, and they deal with real adult problems on the reboot Jersey Shore: Family Vacation. However, their impact on reality television and on the lives of many viewers is still significant. That dysfunctional family has always been a source of laughter and ridiculousness for anyone looking to distract themselves from their own problems. Take notes and party like they did in 2009.