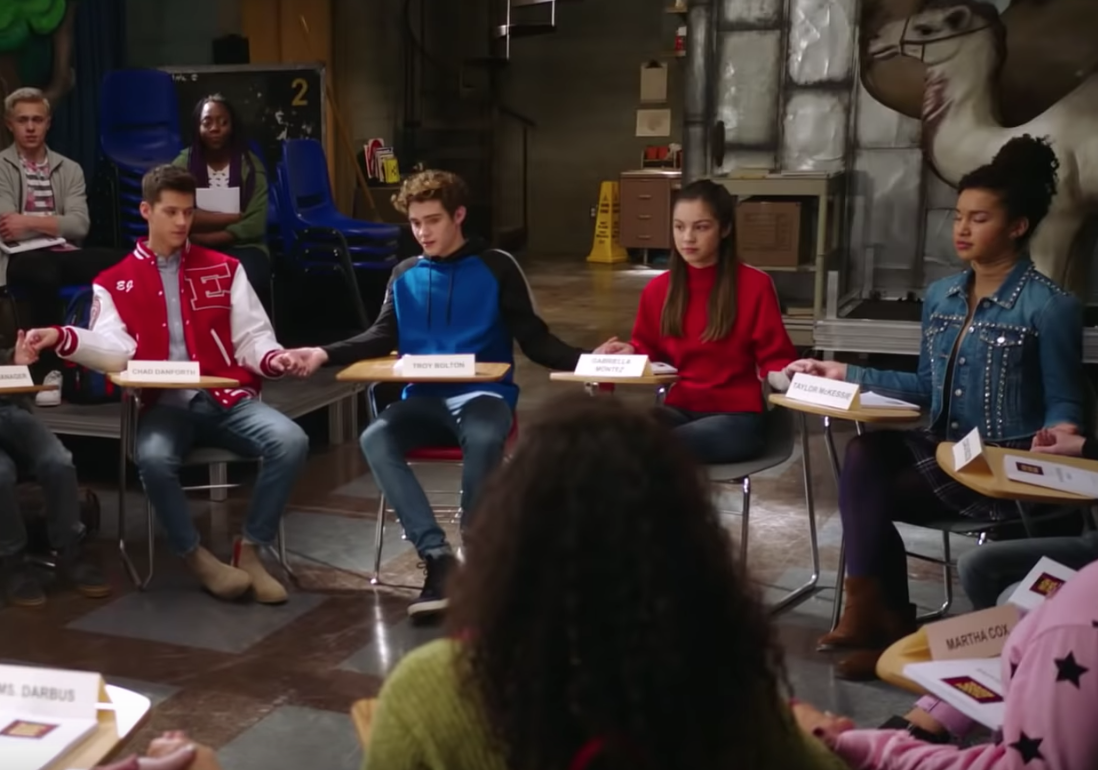 If you were born between 1994 and 2010, High School Musical was likely a part of growing up for you. It is arguably one of the most influential films of our generation. Songs like “We’re All In This Together” may be seared into the collective subconscious of millennials and Gen-Zers everywhere for the rest of eternity, regardless of whether they liked or even saw the movie.

Disney knows it made a good one there. It’s also been into rebooting or making sequels to the old content it had around the High School Musical era. (See: Girl Meets World, Raven’s Home, the new Lizzie McGuire series)

So when it launched the Disney+ streaming service this month and premiered the first episodes of High School Musical: The Musical: The Series, the now-adults of the HSM-era all expected it to be cheesy and awful. Not the kind of cheesy that the original movies usually are. More so the bad, cringey way.

But I watched it, so you don’t have to.

As in every other cheesy teen show, we expect nothing less than to start with a love triangle. High School Musical: The Musical: The Series opens on the first day of junior year of high school for the protagonists. Our leading barely-a-man, Ricky (Joshua Bassett) is anxious to talk to his girlfriend of almost one year Nini (Olivia Rodrigo) after not seeing her for a month while she attended theatre camp in the woods. Nini makes it clear that she’s not interested after she told Ricky she loved him … and he didn’t say it back.

She’s so not into it. In fact, so not into it that she comes home with a new boyfriend, E.J. Caswell (Matt Cornett). He’s gorgeous, he’s captain of the water polo team, he’s a beautiful singer and he wants to be the Troy to her Gabriella in the school’s performance of High School Musical: The Musical. Ricky makes it his mission to win her back by studying the movie to play Troy and prove that he’s changed. Nini makes it hers to play Gabriella, and to get Ricky to leave her alone.

Above all else, this is still Disney. Characters are wacky and dramatic. You have the golden girl, Nini, who wants to be a star. The equivalent of Sharpay (Sofia Wylie), a transfer student who’s cast as Nini’s understudy and will do anything to get into the spotlight, even if it means doing some sketchy, underhanded things like stealing someone’s phone to get there. And you have E.J., who looks like a Chad — not the Corbin Bleu type, but the too pretty, entitled type — playing the perfect boyfriend until he’s spited.

Cheesiness aside, this show does a few things well. First, a lot of cast members are actually teenagers. One of the big issues most children’s shows have is casting 20-somethings as 16-year-olds. But Bassett is 18, so Ricky looks aptly young. Wylie is 15. Rodrigo is 16. The characters look normal, and that’s a huge breath of fresh air. While the antics are dumb and extremely high school, it’s actual high school-aged people playing the characters, making the drama more palatable than seeing a 21-year-old Ashley Tisdale be 16 and overly petty.

It’s also miles more accurate to teenage antics and experience than shows were in 2006 when the original movie dropped. As much as we all loved to watch Zac Efron not know what to do with his life, he was way too suave to be a 16-year-old with no musical experience.

HSMTMTS has real teen behavior you can laugh at because you remember people doing the same stupid stuff: guys spraying pheromones “cologne” all over themselves to attract a crush, saying “maybe we should just like chill for a minute” when a significant other gets too serious, screaming “You kind of dumped me!” in the middle of the hallway with absolutely no shame — and the stage manager dropping a “shit’s about to get real” directly at the camera, even if the word was bleeped out.

The show is more representative of what the world is actually like. For one, HSMTMTS has way more people of color than the original film. And the choreographer, Carlos (Frankie Rodriguez), is gay and very comfortable with being in theatre, leading the charge to put the show together. Meanwhile, Seb Matthew-Smith (Joe Serafini) is cast as Sharpay because he wants to be and is ecstatic when talking about it. Nini has two moms, and Ricky’s parents are going through a divorce. It’s almost a relief to see the changes Disney made when revisiting something as beloved as High School Musical.

Finally, the accuracy to being a theatre kid is too real throughout this series. Theatre nerds are cringey, especially in high school (I know, I was one. We’re the worst). But when one of the characters gets roped into the play, he wonders, “Did I just join a cult?”

Yes, you did. People are waving their arms above their heads willy nilly and singing and dancing just because. The awkwardness, drama, embarrassing attitudes and behaviors are part of it. It’s wild and goofy and stupid, but it feels like life-or-death in the moment.

In short, this show is a bit lame, because of course it is. It’s meant for preteens and young teenagers and for Disney to make money on revamping one of its greatest achievements (and by releasing a new episode each week, closing the free trial loophole). The kids of the original High School Musical generation are clearly not the target audience, but this release shows that Disney has done at least a little growing. It’s realer to watch. Of course the drama is stupid — it’s high school. But if High School Musical can’t be cheesy, what can?