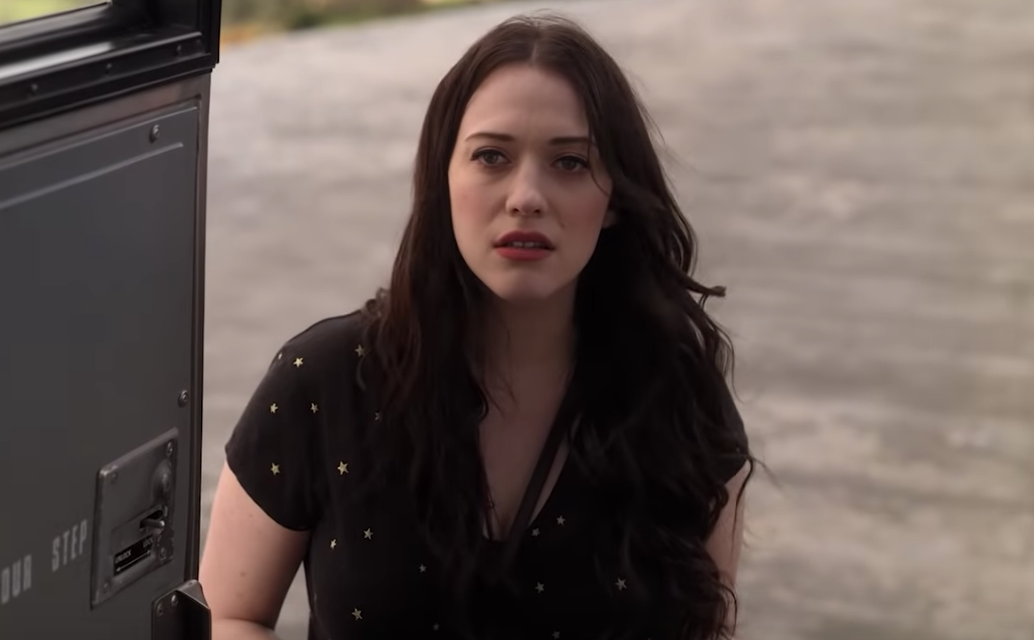 Whether you’ve known her, been her or complained about her for hours on end, we all know that one girl who’s just way too into her boyfriend.

Well, in Hulu’s latest original series, Dollface, we follow that girl, Jules (Kat Dennings), as she’s dumped by her grossly obnoxious — yet obnoxiously hot — boyfriend, Jeremy (Connor Hines). The newly single Jules must then navigate her fresh new world, where she must shed the pet name “Dollface” that her ex called her and forget how to be just someone’s girlfriend, all while learning how to be a good friend again.

After the sudden split, Jules attempts to make amends with her old college friends, Madison (Brenda Song) and Stella (Shay Mitchell), that she blew off somewhere along the way during her five-year stay in Cuffed City.

Madison, a high-strung, highly organized perfectionist, is initially unhappy to see Jules after being left in the dust for a guy, and begrudges her initial attempts at rekindling their friendship. Stella, the uber-beautiful, laissez-faire party girl, on the other hand, couldn’t care less about the wrong Jules has done and is eager to have some fun with her old friend.

While it may seem like a light comedy on its face, Dollface dips its toes into absurdity. As socially awkward Jules tries to figure out her life out, we watch her thought processes play out on screen with the help of a CGI, cat-lady moderator (Beth Grant) who advises Jules on what she should or shouldn’t do.

We get to see some of the other craziness going on inside Jules’ head, including her attempted escape on a runaway train with a stripper in tow or having the paramedics arrive to try and resuscitate her phone after liking someone’s mega-old Instagram post.

Dennings gives a terrific performance as a sympathetic protagonist. While she’s undoubtedly been a bad friend to those close to her, we can see inside her psyche that it wasn’t her deliberately trying to distance herself from them, but rather her insecurity in not seeing herself as “one of the girls.” Watching her slow progression into the quality friend her loved ones deserve is a journey that you’ll be happy to go along with.

[Read more: Here’s how you can appear to be helpful on Thanksgiving without doing too much]

Song’s character seemed stilted at moments, like she was trying to get her lines down more than she was acting them out. It would’ve been nice if it felt like she was having more fun with the role, like the other actors were. Mitchell does a decent job at playing the typical party girl, with some more depth than initially portrayed and expected. While you feel like you’ve seen this character a dozen times, her charm and ditzy, deadpan humor make you want to root for her.

Esther Povitsky has one of the show’s more complex roles to pull off: Izzy, the fourth member of Jules’ newfound lady gang. Izzy is one of Jules’ co-workers, who has been known by the rest of the company as “Alison” for years, to fit in with the other women at work named Alison. Izzy is kooky, chaotic and a little bit crazy, but Povitsky brings enough humanity to her role to always keep her grounded and likable.

The bevy of star cameos is delightfully silly, including Macaulay Culkin as a potential serial killer, Matthew Gray Gubler as a potential love interest for Jules and Margot Robbie — who also executive produces the show — as a psychic guru.

Not to mention the silly, fun soundtrack throughout the show, with bops such as “Woman” by Ke$ha, “Cover Girl” by RuPaul and “Rainbow,” by Kacey Musgraves that felt like they were catering to me specifically.

Dollface is nothing new or especially groundbreaking. We’ve seen these characters and this narrative before. However, the show feels fresh because of the talented crew of actors holding it up.