Everyone should know about Variety Studio’s ‘Actors on Actors’ 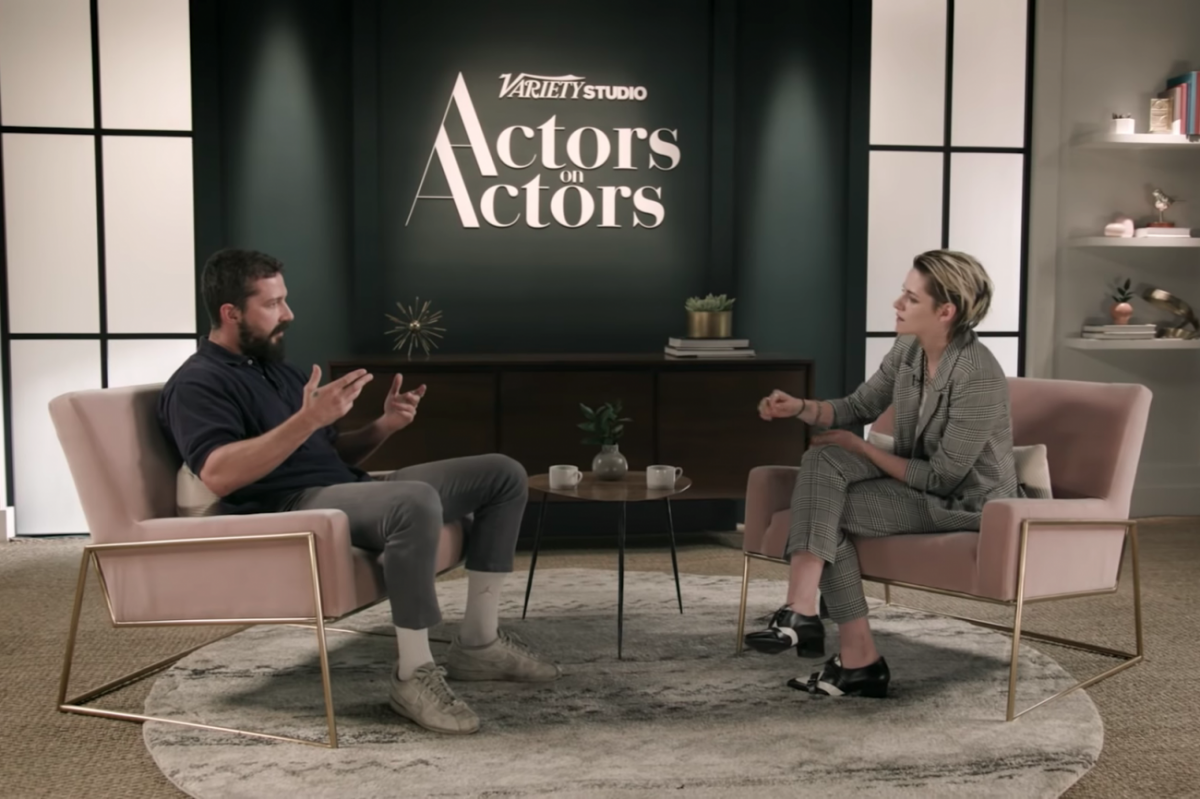 On Friday night, I received a“wyd” text — but it’s not what you think. My friend was bored and I wasn’t doing anything, so she invited me over.

“I’m watching a great interview,” she said, and invited me to join her. As I raced over to her house, I couldn’t wait to see what it was. Upon entering her basement, I saw her computer open, paused on the image of Lady Gaga and Jamie Lee Curtis, one of the weirder celebrity combos I’ve ever seen.

Now I’m not sure if I’ve been living under a rock, or if I just haven’t cultivated my YouTube interview-watching skills yet, but I had never seen one of Variety Studio’s “Actors on Actors” videos. If you’re like me, let me break it down for you.

Since 2014, Variety Studios has worked with PBS SoCal to bring the biggest actors and actresses of the day together and have them interview each other. And while this isn’t necessarily groundbreaking — celebrities are increasingly interviewing each other for magazines or videos like this — but these long-form intimate talks really sparked my interest.

[Read more: Things to do this finals season instead of developing a recreational adderall addiction]

And that’s because they’re crazy. I sat in that basement for the next 30 minutes in awe, watching Curtis tell Lady Gaga all about how she was such a great actress.

“Pretending to be somebody else has never been difficult for me,” Curtis said. She told Gaga that she doesn’t have to torture herself over a role. She just gets up in the morning and goes to do her work.

My jaw dropped. Here is Jamie Lee Curtis telling Lady Gaga, the literal queen of everything, how she was basically the best actress ever while Gaga sits there, visibly annoyed. And not to discredit Curtis’s work — Freaky Friday is a cinematic masterpiece — but her condescending tone actually made me laugh out loud at points.

It only got funnier from there. Next, we watched Shia LaBeouf and Kristen Stewart, and it was an absolute trip. The two are an insane duo, both having moved from mainstream films to indie work. Their conversation is a 41-minute rapid-fire back and forth between two true-to-form tortured artists (something Jamie Lee Curtis apparently knows nothing about).

[Read more: Review: ‘The Knight Before Christmas’ is another loss for Netflix’s holiday crowd]

The energy was so different from the first interview I had watched, and I was enthralled with how these two spoke to each other, considering they didn’t really know each other. But they had this instant connection and weird ability to open up about their respect for the characters they play and their mutual obsession with hands. One person commented on the YouTube post saying “This interview is like watching depression and anxiety have a conversation with each other,” and that’s a spot-on assessment.

The craziest part of all these interviews is that these actors aren’t really answering questions about their work like they would in a normal interview or even patting each other on the back for the work they’ve done. These interviews are so appealing because you get to watch celebrities trying to verbally — and eloquently — explain all the thoughts and feelings they have in a way that is understandable and relatable. I never realized how crazy it would be to watch actors just being themselves.

So if you haven’t seen these interviews where a seemingly random pair of actors talk about their lives, careers and personal moments, I highly suggest you do so immediately. I cannot recommend these enough.