Review: RuPaul’s ‘AJ and the Queen’ is hard to commit to 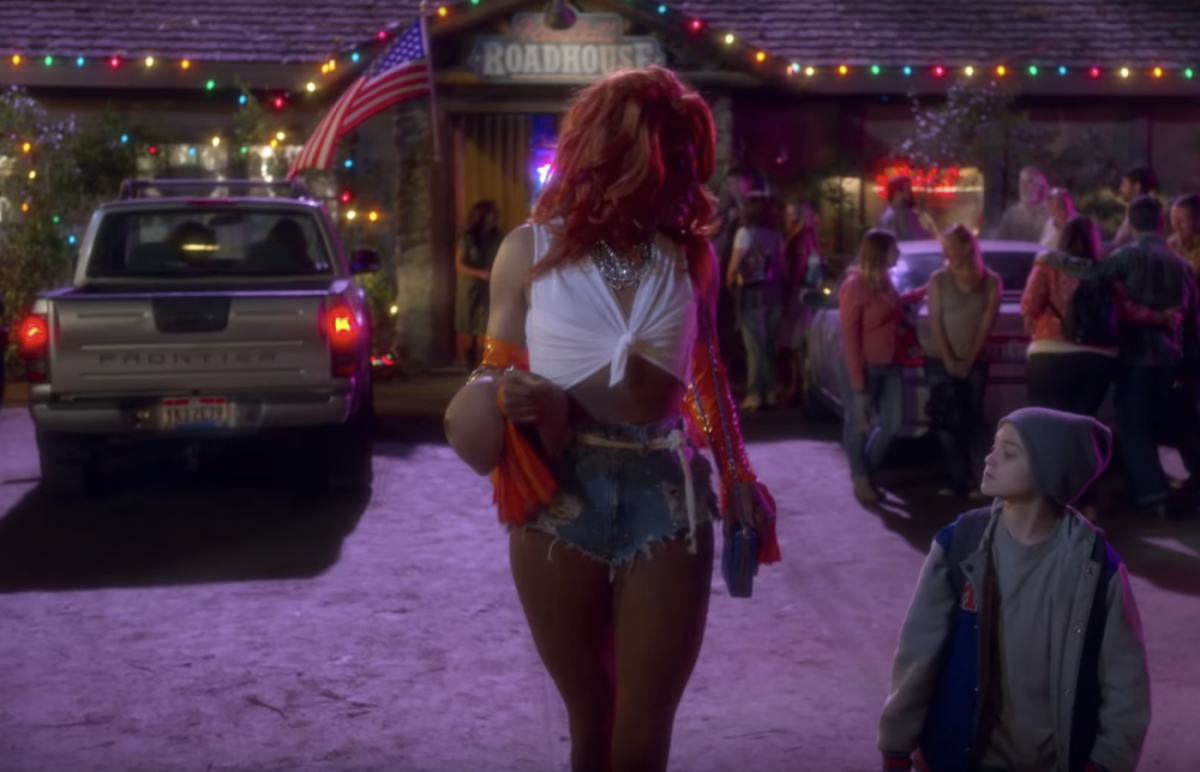 RuPaul has a busy 2020 ahead of him. With a new season of RuPaul’s Drag Race on the way, as well as another All Stars installment and a new celebrity version, we’re sure to be seeing a lot of him. And yet, barely two weeks into the year, I’ve already had enough of him for the rest of the decade.

Netflix just dropped AJ and the Queen: a show (partially) written by RuPaul about RuPaul in an effort to make viewers find RuPaul as absolutely wise and lovable as RuPaul believes he is.

The show follows Robert Lee (RuPaul), also known as “Ruby Red,” an aging drag queen snaked out of his life savings by his Latin love interest, Damien (Josh Segarra), not Hector, as he lets Robert call him for seven months. Robert then encounters the 10-year-old AJ (Izzy G.), who’s been abandoned by her mother (Katerina Tannenbaum). When Robert’s about to head off for a cross-country tour, AJ stows away in her RV in hopes of making it to Dallas to live with her grandfather.

Halfway through the first episode, it’s evident the show is going to be slower than a snail in a NASCAR race. Every remotely funny joke is stretched out so far you forget you even considered a chuckle in the first place. For example, in the five minutes of screentime for Robert’s blind roommate Louis (Michael-Leon Wooley), they sloppily pack in just as many blind jokes. Yes, I counted.

What really makes this show uncomfortable is how infatuated RuPaul is with himself. In almost every episode, you get a scene where Robert explains how he got grifted in a grab for sympathy from some minor character who is gone by the next episode. Not to mention, a good portion of Robert’s lines are spoken in a slow, overly poised manner that lets you know RuPaul wants you to make that aphorism your yearbook quote.

It also takes a while to learn to like AJ. I feel bad clocking a child actor, but a lot of AJ’s mannerisms and attitudes come off as one-note and obnoxious. To be fair, I guess you could say that about any child.

The shining stars of the show are the supporting characters. Louis’ one-liners on the phone with Robert and his infatuation with his new boyfriend Officer Patrick (Matthew Wilkas) bring some of the biggest laughs. And you can’t help but shed a few pity laughs for the antics of Damien/Hector/Whatever-His-Name-Is and his eyepatched accomplice Lady Danger (Tia Carrere) as they try to track down the ever (not-so) elusive Ruby Red in her rickety old RV.

If you’re a Drag Race fan, you’ll live for the nearly two dozen cameos from various alumnae of the show. However, it does make you wish some of them were given a more substantial role, as many of them have limited dialogues.

Once you get past the first few episodes, you learn to get less annoyed with Robert and AJ, but that’s only if you can make it that far. However, too many obstacles — RuPaul’s holier-than-thou presence, two unlikable protagonists and a lack of substance for the “Drag Race” girls plopped in the show just to draw fans in — will likely have you quit after the first episode.