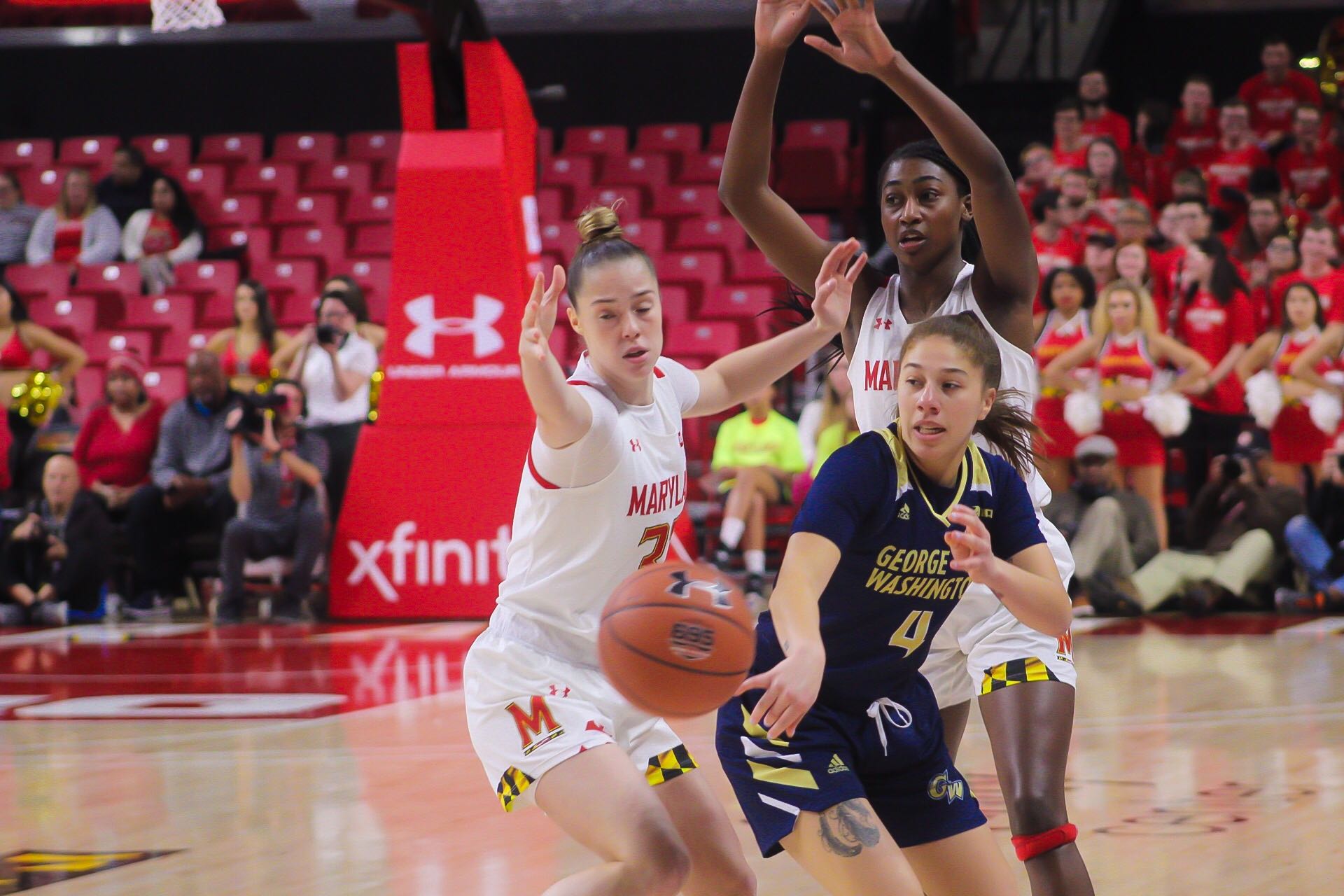 Seeing her team’s lead dwindle down to six in the second quarter, coach Brenda Frese had to shake-up her game plan to try and maintain her team’s three-game winning streak and avoid another tough road loss in the Big Ten.

She opted to sub in guard Sara Vujacic with the hope of ending her team’s 0-for-8 shooting stretch, and despite playing a total of four minutes in the team’s last two contests, the senior delivered when called upon.

“I thought it was definitely a game of runs,” Frese said. “We punched early with that 10-0 start, but … they never gave in and we had to work to earn this win.”

For the second straight game, the Terps opened on an 8-0 run, forcing the opposition to call timeout and regroup. Forward Kaila Charles was the architect of the hot start, scoring her team’s first six points and getting to the basket at will.

The contest shifted once Illinois made its first basket. The Fighting Illini quickly cut the lead to three, and both teams struggled to find offense from then on.

But Maryland still finished the frame up 11, aided by its ability to get to the line. Struggling as a team from the charity stripe this season, shooting just 68.9 percent, the Terps went 7-of-8 in the opening quarter and gave up none on the other end.

“I thought Illinois did a great job sustaining the runs and really fighting for 40 minutes, so getting to the free throw line was critical for us,” Frese said. “That made a big difference for us when we weren’t shooting the ball as well as we needed to.”

Illinois has only four players over 6-foot, so Maryland clearly had the size and athleticism advantage. That was evident in the team’s plus-10 rebounding lead at the half, but despite repeatedly trying to push the ball in transition, Illinois was able to keep the Terps from extending the lead while forcing a stretch of sloppy play.

The Illini cut the deficit to as little as six in the second quarter behind 11 first-half points from forward Ali Andrews and eight consecutive missed field goals by Maryland. Not finding many open looks offensively and being a step slow in their rotations, the Terps came close to letting their lead slip away.

“Obviously, [Andrews is] a tremendous 3-point shooter. We did not do a good job at all being able to locate her on the perimeter, but I thought she was sensational,” Frese said. “She’s got a quick release and makes it very difficult, and I thought she really hurt us tonight.”

But Vujacic proved to be the spark Maryland needed to get out of its slump. She immediately came into the game and hit back-to-back triples. Her energy was contagious as her teammates started to find a rhythm and once again get shots at the line, helping balloon the lead to 13 by halftime.

Coming into the contest ranked third in the nation in steals per game (13.4), the Terps had just two in the first half and forced only seven turnovers. Frese didn’t employ her team’s signature press defense much in the half, electing instead to try and trap Illinois’ guards near the corners in the halfcourt.

In the third quarter, the Illini got sloppy with the ball, committing eight turnovers and helping multiple Terps earn easy scores and get going on offense.

Guard Blair Watson, in particular, took over defensively, notching one steal in the frame and forcing one 10-second violation with hounding full-court pressure. Recently named on the watch list for the National Defensive Player of the Year, her defensive intensity sparked a 7-0 run by the Terps to take complete control of the contest.

Throughout the game, Maryland was able to maintain its first-quarter lead whenever the Illini looked like they were forming a comeback. Many of Illinois’ eight triples looked like momentum-shifting plays in the contest, but the Terps always seemed to have an answer.

Vujacic, having been the answer once before, hit her third triple near the start of the fourth to thwart any hope of an Illini run. Andrews opened the final frame with a triple to cut Maryland’s lead to 11, but Vujacic knocked down a heavily contested 3-pointer to ignite a strong finish for her team.

The Terps coasted to a 19-point victory behind a strong start from Charles and overpowering post play from forward Shakira Austin to finish the opposition off, earning their fourth consecutive victory and second away win against a Big Ten opponent.

“We really tried to expose [Illinois in the post] once we saw we were able to get them in foul trouble,” Frese said. “I thought their length early on gave us some problems but it was a huge advantage once we were able to go inside and get a lot of things going for us.”