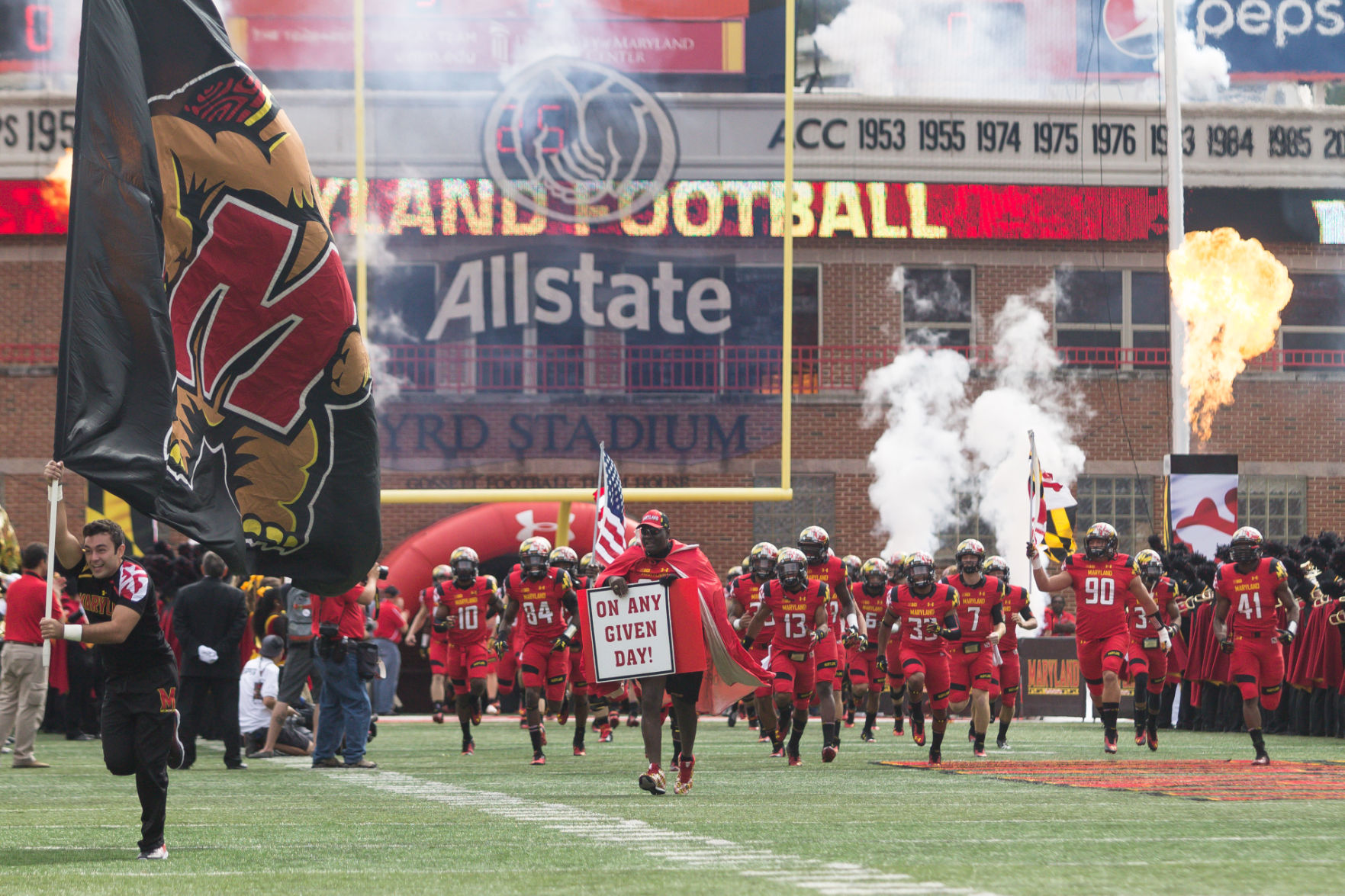 The UMD football team bursts out of the locker room onto the field to begin the game against Ohio State University on October 4, 2014.

The Maryland football coaching tree continues to grow, this time to the Evergreen State as a former assistant coach now has his roots in Seattle.

Washington welcomes John Donovan as the new offensive coordinator for the Dawgs.

Donovan, after playing at Johns Hopkins for four seasons in the mid-1990s, spent the longest part of his tenure in College Park, serving as a recruiting coordinator, running backs and quarterbacks coach under Ralph Friedgen from 2001-2010.

He looked elsewhere after Friedgen was ousted from the program following the 2010 college football season, assuming the offensive coordinator duties for Maryland’s last bowl win, a 51-20 blowout of East Carolina in the Military Bowl.

Like former offensive coordinator and now current Penn State head coach James Franklin, Donovan went to Vanderbilt and then followed him to Penn State where he was eventually fired in 2015.

Donovan will now be one of the leading coaches for a program that reached the College Football Playoff in 2016 and has gone to a New Year’s Six Bowl three of the last four years. He hopes to continue that trend moving forward.