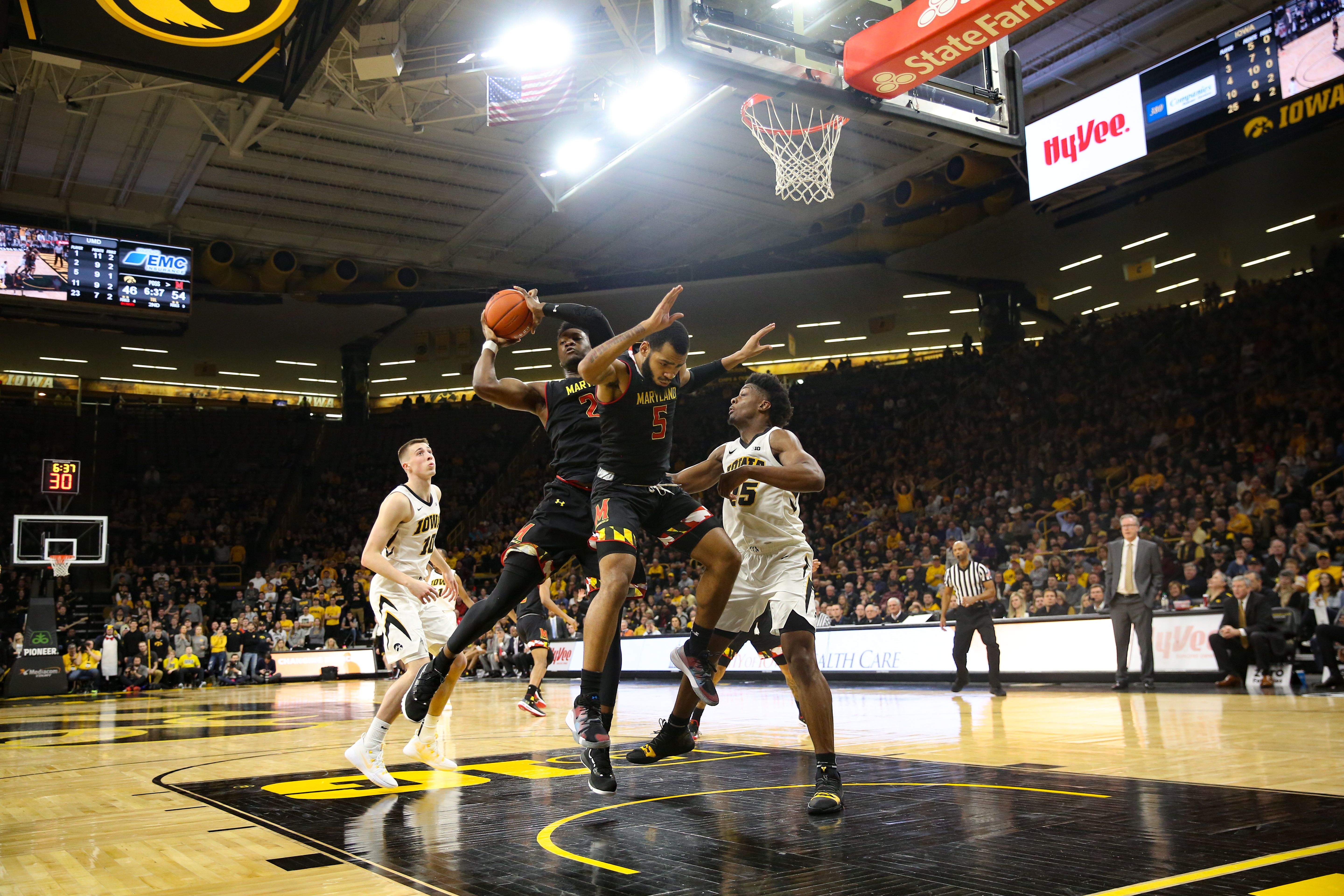 Maryland basketball has looked impressive with back-to-back conference home wins over Indiana and Ohio State. However, the Terps will have a challenge Friday night when they travel to Iowa City, Iowa to take on the Iowa Hawkeyes. We talked with Robert Read of The Daily Iowan to learn more about Iowa basketball. Our conversation has been edited for clarity.

Obviously Luka Garza is the top player for Iowa but who are some others that fans should look out for?

Other than Luka Garza, Iowa’s best player is Joe Wieskamp. The sophomore tested NBA waters after his freshman year last season but decided to return to the Hawkeyes. He has taken on a bigger role this year with Tyler Cook and Isaiah Moss no longer on the team. He is a danger to shoot from any area on the court and is second on the team with 14 points per game. Freshman point guard Joe Toussaint is another name to keep an eye on. He has been thrust into the starting lineup of late due to injuries and has made the most of it. Toussaint is prone to some reckless mistakes due to his inexperience and is still working on his 3-point shot, but he is a playmaker whose quickness rivals anyone else in the conference.

What’s the identity that this Iowa team has developed so far this season?

Iowa has shown great resilience this season. The team has had an uncommon amount of injuries. Bohannon is done for the year with hip surgery, Jack Nunge tore his ACL, Patrick McCaffery is out with health complications related to his previous battle with cancer, CJ Fredrick is out tomorrow and possibly future games with a stress reaction in his left foot. The Hawkeyes really only have 7 scholarship players healthy right now. Despite all this, Iowa has had an impressive start to the season, especially considering the lack of expectations the team had coming into the season.

How has the team adapted to the loss of Jordan Bohannon?

Toussaint has stepped in and been an impressive player for Iowa, which helps mask the gap Bohannon left in the lineup. Iowa misses Bohannon’s shooting the most, as he is the program’s all-time leader in 3-pointers, and in some games in his absence, the Hawkeyes have had trouble connecting from deep. Take Iowa’s last game against Nebraska, where Iowa went 4-33 from 3-point range. Especially with another sharpshooter like Fredrick out of the lineup, the Hawkeyes desperately miss Bohannon’s shooting.

What’s the ceiling for this Iowa team this season?

Despite all the roadblocks the team has faced this season, this is an Iowa team capable of making the NCAA Tournament. Luka Garza has been playing like an All-American this season and can score on any big man in the nation. If Iowa can make 3’s and get some attention away from Garza, it can compete with any team in the Big Ten.

Iowa will win if…

Iowa will win if it can make its shots from beyond the arc and at the free-throw line. The Hawkeyes only hit 12.1% of their 3’s against Nebraska and attempted only five free throws. That won’t get it done against a team like Maryland.

Maryland will win if it can prevent Luka Garza from taking over. That is easier said than done, but try and force Iowa to make 3’s. Without Fredrick in the lineup, Iowa is short another shooter. Put as many bodies as you can on Garza and protect the paint.