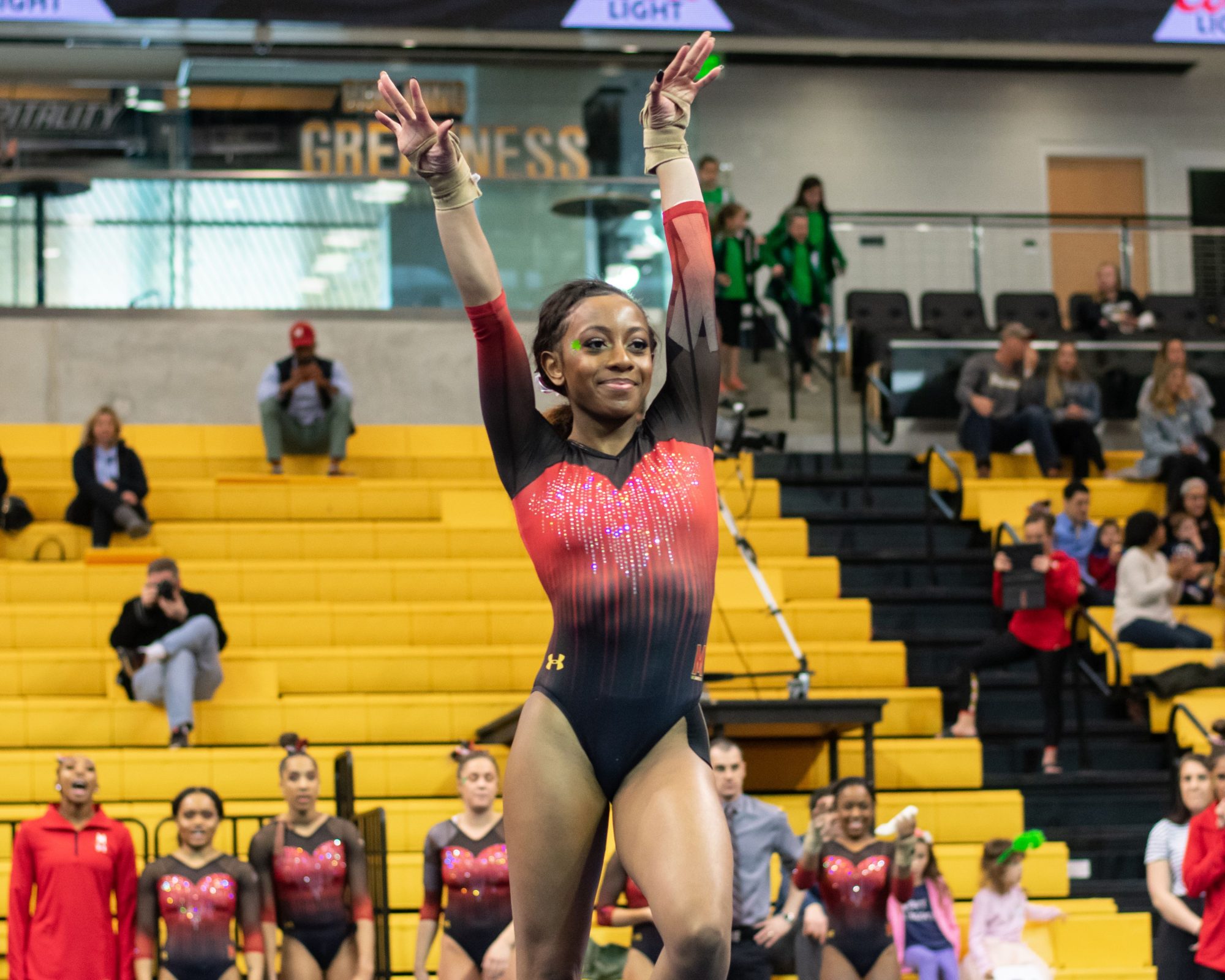 In the final event of Maryland gymnastics’ NCAA regional meet, the team needed to post a near-perfect overall score to have a chance to move on to the regional final. But the Terps scored just a 48.400 on floor exercise, leaving them in fourth place for the meet and ending their historic season.

Though 2019 was a year full of progress for Maryland, the postseason loss left a bad taste in the mouths of coach Brett Nelligan and his team.

The difficult ending has stuck with the nine returning Terps, and they anticipate using that missed opportunity as motivation to achieve more in 2020.

“We left the tournament wanting more, and that has fueled us all offseason,” Nelligan said. “We wish we would have done better on that last day and advanced to the sweet sixteen, and they’re keeping that with them as they train.”

Nelligan is entering his 11th season at the helm of the program, after taking over for his father, Bob Nelligan, in 2009. The College Park native has led his teams to NCAA regionals every season as head coach.

For their 2020 campaign, the Terps rank in the preseason top-30, and they are preparing to advance past the round that has caused them trouble in the past. However, as the season is set to commence this Saturday at the Little Boston Invitational, Nelligan won’t be thinking much about the postseason.

“Our first goal is to start strong,” Nelligan said, “then we’ll take it meet by meet.”

In its first meet last season, Maryland emerged victorious with an overall score of 193.85, the lowest of its entire campaign. The Terps scored consistently higher for the rest of 2019, something they’d like to mimic in 2020.

Following the Little Boston Invitational — where Maryland will see George Washington and West Chester University — the team awaits a loaded Big Ten schedule. The first conference dual meet will be against Iowa on Jan. 19 at Xfinity Center.

[Read more: Even after a poor finish, Maryland gymnastics maintained its season-long positivity]

The squad will have to wait until Feb. 8 to see a ranked opponent, when it travels to Lincoln to take on the preseason-No. 14 Nebraska Cornhuskers. Maryland’s toughest test of the regular season will be at the Big Five meet on Feb. 22, where it’ll match up with three preseason ranked teams.

On Dec. 6, Maryland held its annual Red vs. Black Intrasquad meet at Xfinity Center Pavilion. Gymnasts debuted routines in all four events, and the Maryland coaching staff was satisfied with the performance, more than a month before the season got underway.

“For us to put together this many quality routines, I’m really pleased with where we are right now,” Nelligan said. “We had six or seven high-quality vaults, six great beam routines and a lot of good stuff on the floor. At this point in the season, all we have to do is polish.”

After the intrasquad meet, all-arounders Audrey Barber and Collea Burgess were selected by the Big Ten as “Gymnasts to Watch.”

Beyond the production of his seasoned veterans such as Barber and Burgess, Nelligan is excited to see the contributions made by newcomers to the team.

“We have three freshmen that are really doing a great job right now,” Nelligan said. “Emma Silberman works so hard. She competed in four events today and went 4-for-4, so I’m really proud of her.”

For a program that’s been on the rise for years, Maryland feels ready to put it all together in 2020. Nelligan is instilling a fierce mentality in his gymnasts before they hit the springboard Saturday in Boston.

“I’m looking forward to us bringing it against every opponent we face,” Nelligan said. “Whether it’s the toughest team on our schedule or not, I want them to think of it as the biggest performance of their lives.”