No. 13 Maryland men’s basketball vs. Bryant: How to watch and what to watch for 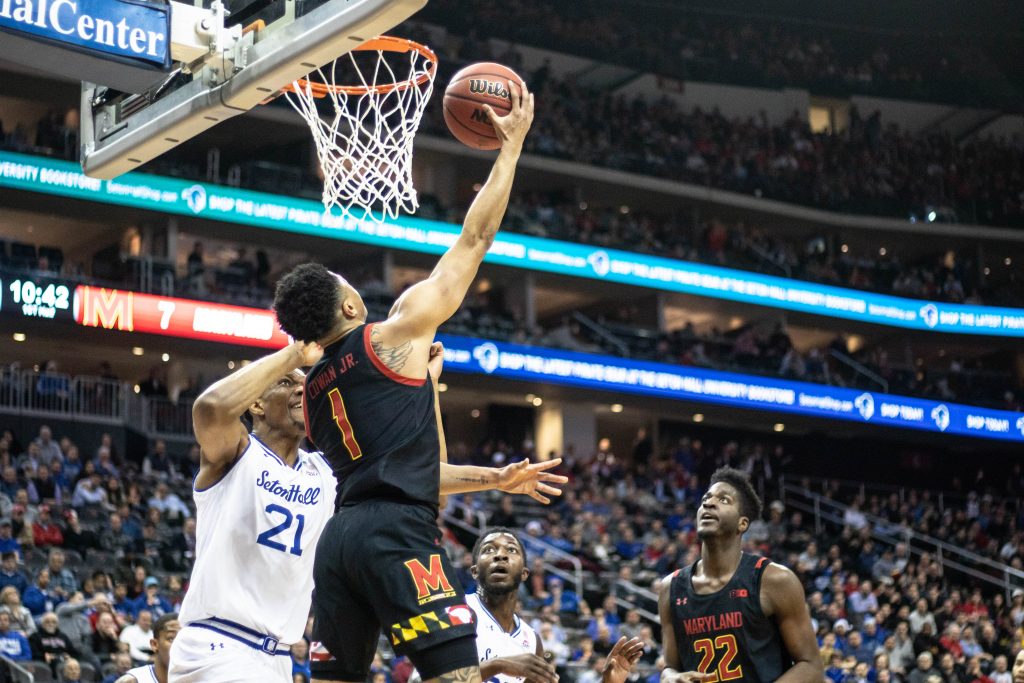 What to watch for Maryland: Can they bounce back from losses?

After starting the season 10-0 and rising to No. 3 in the nation, the Terps have suffered back-to-back road losses to Penn State and Seton Hall. In both games, Maryland was sloppy with the ball, turning the ball over a combined 37 times, and struggled shooting the ball. Returning to College Park to face off against the Bulldogs will provide the Terps a chance to get things back on track, before getting into the thick of their Big Ten schedule.

What to watch for Bryant: Do they stay hot?

The Bulldogs come into the matchup on Sunday at 8-4 and are on their second four-game winning streak of the season. Sunday’s matchup against the Terps is the Bulldog’s biggest test so far, and with a win, they would notch their first-ever win over a ranked opponent. It would also extend their winning streak to five games, which would be their longest winning streak since the 2012-13 season.