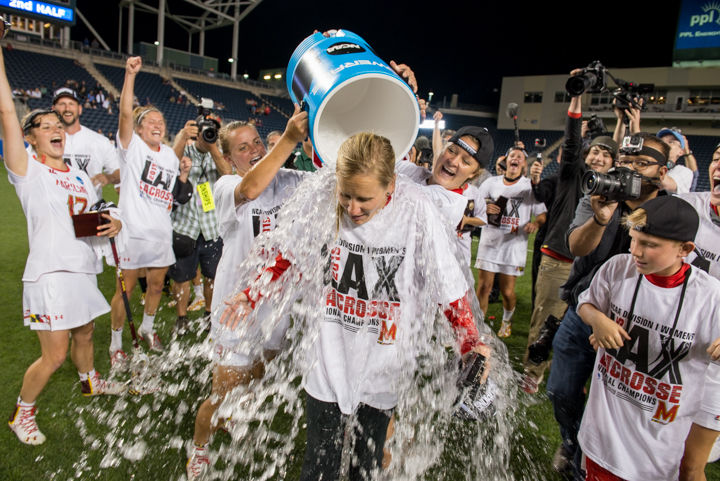 The women's lacrosse team dunks a bucket of gatorade on coach Cathy Reese after Maryland's 9-8 win over North Carolina in the NCAA tournament at PPL Park in Chester, Pennsylvania, on May 24, 2015.

Head coach Cathy Reese was named Best Women’s Coach of 2019 as the Terps went 22-1 and won the national championship in 2019. Reese’s Terps finished 18-0 in the regular season and defeated Stony Brook, Denver, Northwestern and Boston College in the NCAA Tournament.

And the winner for Best Women's Coach is …

Reese received 47% of the votes in the magazine’s poll. However, she wasn’t the only Terp to receive recognition from the magazine, as Megan Taylor was named the best women’s player in 2019. Taylor was the Terps goalkeeper throughout their championship run and was the recipient of the 2019 Tewaaraton award, given to the nation’s best player.

Taylor received 35% of the votes and beat out Boston College’s Sam Apuzzo by 2% for the honor.

In 2019, Taylor became the first goalie to ever win the Tewaaraton Award and had a combined 24 saves in the national semifinal and national championship games.

While Taylor has since graduated, Reese remains as head coach as she looks to win her sixth national championship at Maryland in 2020.